According to a 2015 report by Mary Meeker, a partner at venture capital firm Kleiner Perkins Caufield Byers, content on the web is increasingly dominated by UGC. This is evidenced by the fact that Pinterest pin creation is up 75 per cent, Twitch video broadcasts are up 83 per cent, Wattpad stories are up 140 per cent and Airbnb reviews are up 140 per cent year-over-year.

A number of factors are colliding to drive this massive growth in UGC, starting with a rich set of new consumer-friendly content creation tools. These include products and applications like GoPro and Hyperlapse, which allow consumers to create visceral video experiences that rival those created by professionals. Add to that near ubiquitous access to smartphones with high quality cameras, the huge increase in mobile broadband speeds and effortless options for delivering images and videos from laptops or smartphones to highly visible websites. As a result, this year more UGC will be created, distributed and shared across social media platforms than content created by professionals.

Why pay attention to UGC?

UGC is far from being a passing fad. In fact, today, UGC is one of the most trusted sources for consumers when they’re searching for information about a brand, product or service. In a recent BizaarVoice study, 51 per cent of respondents said they trust user generated content more than a company’s website (16 per cent) or news articles (14 per cent). 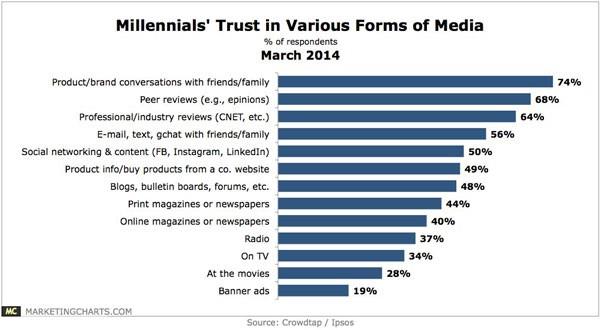 This is particularly true in the case of millenials who trust personal interactions, as well as the opinions of strangers, above print or online magazines or newspapers. For millenials, UGC is a way of life. According to Crowdtap, they spend 5.4 hours (30 per cent of their daily media use) interacting with UGC which they find 30 per cent more memorable than other content types.

Publishers who are doing UGC well

UGC comes in many shapes, sizes and colours. Here are a few examples of publishers who are actively soliciting content from their readers and making it part of their core value proposition and business model.

Now valued at US$5bn, WeWork is the fastest growing business in New York City by footprint with plans to control 3.5m square feet of shared office space globally by the end of this year. Creator by WeWork, rebranded from WeWork Magazine earlier this year, aims to tell the WeWork story and grow brand awareness by spotlighting their community as much as possible. While the publication does carry thoughtful articles written by professional writers, the main focus is stories written by or about WeWork members.

‘For some of our members, this is their first real piece of press, so it is really exciting to them to see themselves or their fellow members featured in such a prominent way’, says Christina Choi, editorial director. To date, at least 450 WeWork members have either contributed to or have been featured in the magazine. 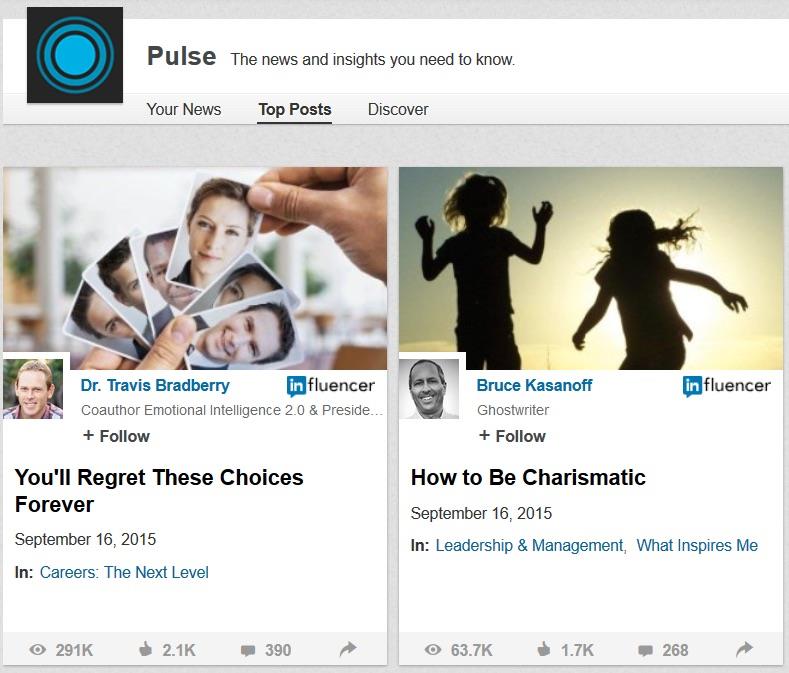 Today, LinkedIn looks a lot more like a content site and less like a pure-play networking site and UGC plays a significant role in this change.  Over the past few years, LinkedIn has systematically been opening its publishing platform to more and more members who are invited to share their thoughts and experiences. By opening up its platform to more UGC, the company is driving engagement and stickiness of the service, which helps grow advertising revenue.

With the recent acquisition of a Flipboard-like news aggregation service rebranded LinkedIn Pulse, LinkedIn now takes articles written by members and parses this content into individual channels to make it easier to follow authors and topics.

With the launch of BuzzFeed Community, BuzzFeed is proving UGC can be a very successful and profitable business. Readers are encouraged to post their own lists and ‘creations’ and suggest the post to BuzzFeed’s Community editors. If the editors like the post, it could be promoted on the Community page.  The site is explicitly not available for commercial or political content. The opportunity for BuzzFeed is to repackage Community content for ‘reader-first’ native advertising.

Gawker recently deployed its own proprietary commenting system across its portfolio of sites to empower its readers to be writers, arbiters and editors at the same time.  Taking a page out of BuzzFeed’s book, all of these comments have the potential to drive native advertising. Comments are also being monetised because they are now part of brand-sponsored discussions like this Hanes example. 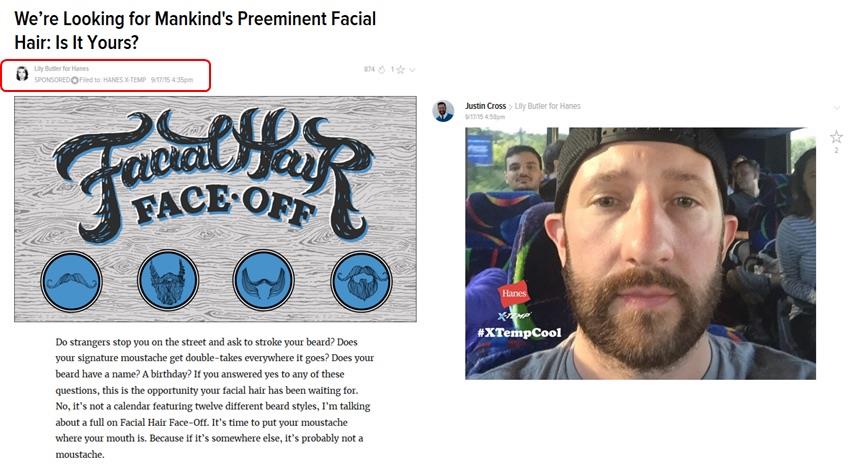 For most people, becoming a parent is one of the most exciting and frightening events of their lives. So it’s no surprise that soon-to-be parents are very motivated to get as much information as possible as they approach this event and are eager to share their experiences – positive and negative.

Pregnancy Magazine uses its Facebook site to encourage readers to tell their own stories by commenting on articles or responding to open questions. Some of these end up on the magazine’s site, which has a prominent section called Real Birth Stories. UGC helps Pregnancy Magazine create a community of readers sharing an intense, life changing experience.

Earlier this year, National Geographic asked their followers to take a photograph of unforgettable people, places and experiences from their travels around the world and post them to Instagram using the hashtag #WanderlustContest.  The winner, Gaylon Wampler, won a 7-day Yosemite National Park photo expedition for two with a renowned National Geographic photographer.

While many readers are happy to share and see their experiences, opinions and images published for the world to see, there is a subset who seize the opportunity to become paid contributors. A number of publications are experimenting with models for paying non-staff writers.

Stock market insights and financial analysis site, Seeking Alpha pays contributors a base fee of $35 for every exclusive article plus an additional $10 for every 1,000 page views their articles generate. Contributors are also eligible to win weekly Performance awards valued at $2,500.

Not another reality TV show

It would be tempting to compare UGC to reality television. In both cases, non-professionals play an important part in the creation process. However, the value proposition for UGC in publications is less about reducing cost and increasing ‘drama’ and more about driving reader engagement and creating access for a broader range of voices. The fact that there are some opportunities to monetise this content is a bonus.