Associated Media Publishing (AMP) publishes glossy brands every which way these days, on paper, online, and on every other platform that exists. “The secret of our success lies in our flexibility and adaptability,” says Julia Raphaely, chief executive at AMP, who joined the FIPP Board at the end of last year. 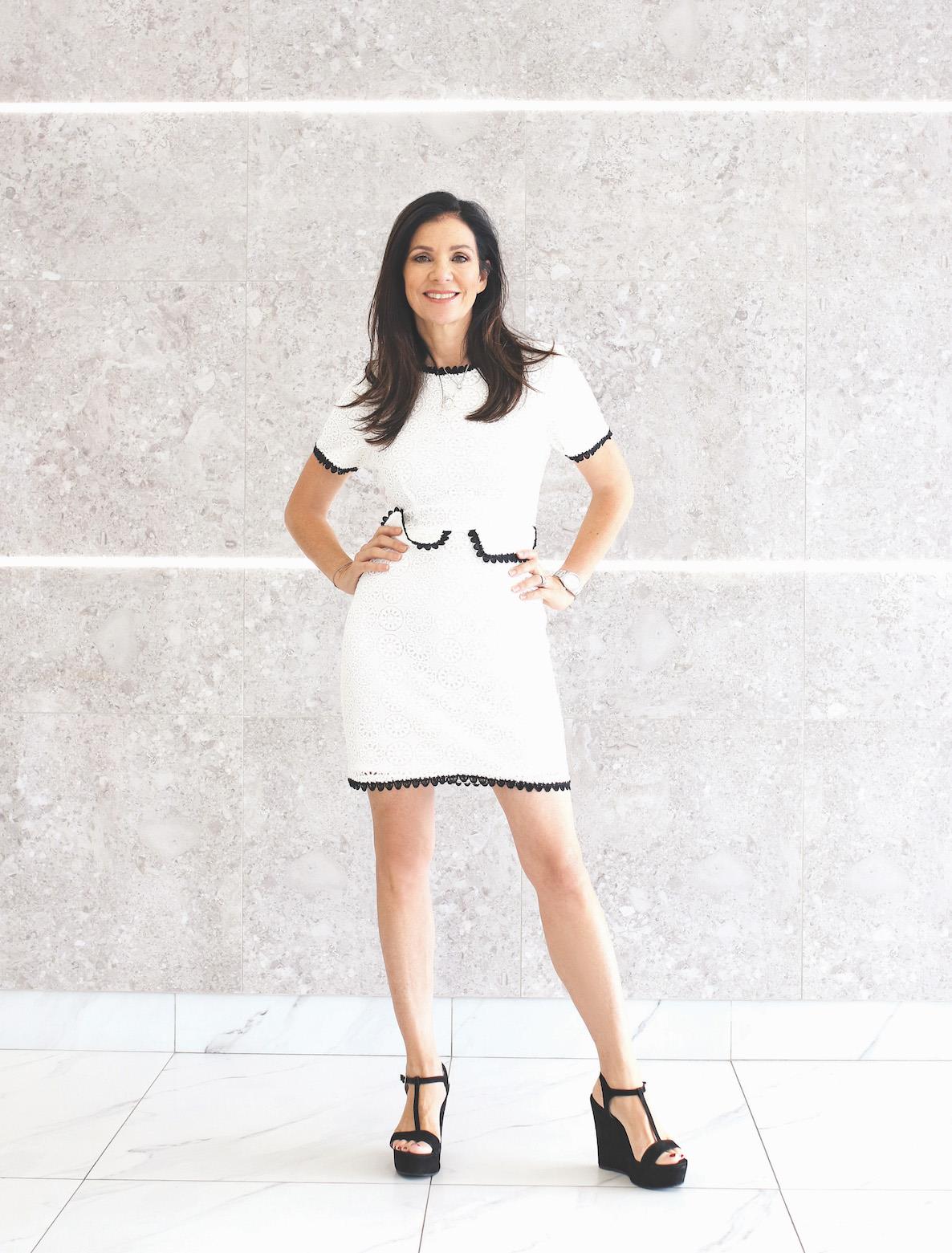 “We are a small company, 108 people in all, but we can do almost anything. South Africa has always succeeded by being inventive and resourceful. When we see change, we take it as a challenge and an opportunity.” Although in a relatively small market, AMP now reaches more than 1.2 million monthly readers through its six print titles: Cosmopolitan, Marie Claire, Good Housekeeping and its Afrikaans equivalent, House and Leisure and Women on Wheels.  It also reaches more than eight million users through its online platforms.

Raphaely is making it her business to pioneer profitable change in the industry in South Africa. “This is just the beginning,” she says. “We are doing business in ways our advertisers and partners never dreamed of before. The whole concept of partnering with your advertisers is so diametrically different from the days when we just carried their advertisements and turned them into turnover. Now it’s more about a commercial partnership between two companies than asking clients to spend on space. The earlier we become involved in their business model, the better we can serve them.  It requires trust and discretion, but that has always been part of AMP’s DNA.”

Since joining the FIPP Board, Raphaely has also relished the benefits of sharing insights with others in the same field. “Since the whole world changed while we were sleeping (she notes that credit for this concept needs to go Eddie Obeng, the British organisational theorist, educator, and author), it became more and more difficult to adapt and change on our own. The best ideas come from discussions with others who may be in the same business but in a very different part of the world. Then, there are the many problems you have in common. You can only benefit from putting your heads together over the latest challenge.”

This attitude and the beliefs that lie behind it have also led AMP to forge new alliances in Southern Africa. In 2018, AMP partnered with one of South Africa’s most innovative, mobile-first, digital agencies, Thumbtribe, to launch ampDigital. Established in 2003, Thumbtribe is a highly successful mobile-first, proximity performance digital agency. They have reinvented their service offering and solutions, demonstrating their ability to be ahead of an incredibly fast-paced digital industry. They also have a customer base that boasts some of the world’s largest companies, including Unilever and Samsung. ampDigital’s slogan ‘From printing dot to digital pixel’ talks to the journey we are all on in publishing.

AMP’s titles have also taken bold creative steps, for example, in the case of Cosmo’s cover shoot with transgender activist and Emmy-nominated actor Laverne Cox. #COSMOxLaverne clocked up a reach of over 21 million impressions within 72 hours on social media. The scoop went global with press coverage on E! News, Teen Vogue, Huff Post and Allure, to name but a few. 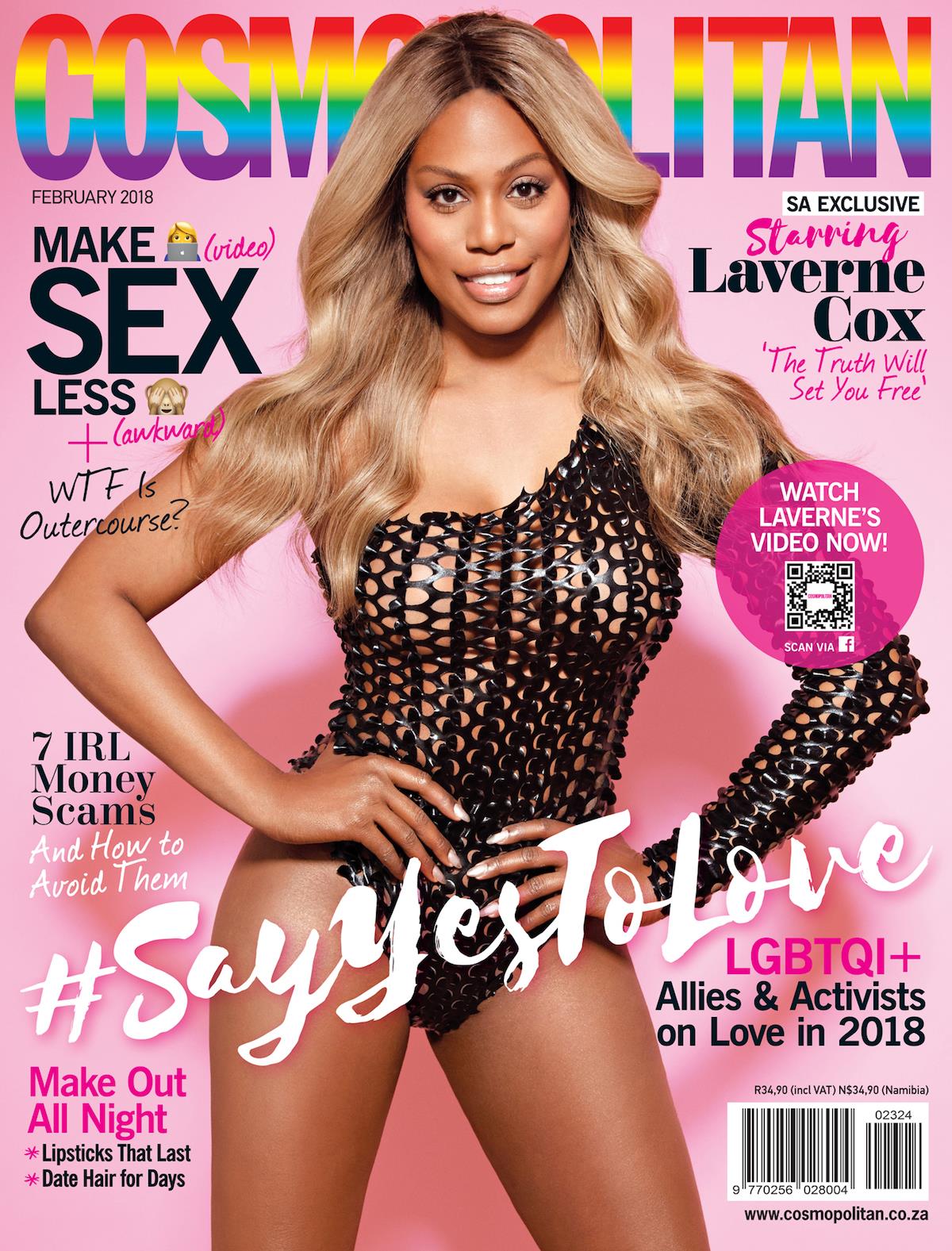 Raphaely encourages all AMP’s titles and online sites to consistently break new ground and would like to share such developments through FIPP. For Southern Africa to collaboratively contribute to the international debate, she says, there also needs to be stronger partnerships and industry networks locally. This is something that is sadly lacking at the moment. “It may be that during times of disruption companies had to focus inwards on reinventing their own businesses.” But the time is ripe now for better collaboration and she has pledged to work towards making it happen. As an FIPP Board member in South Africa she is ideally placed to do this, though she laments the absence of an industry body here to protect and grow the interests of the publishing industry.

“I would like to put my FIPP hat on and reach out to the other major players in our industry. It is time for us to sit together, work together, discuss together. I really believe in shared learning.”

One of the most important debates she wants to engage in is to kill off the outdated conversation that the industry so often indulges in – that “print is dead”. For Raphaely, it’s time for a new conversation to happen. “We all need to understand that we have progressed from one-channel businesses to  brand businesses with a multi-channel approach. If this is a starting point for future collaboration between publishers in Southern Africa, we will have a much greater chance for success.

But matters closer to business are also important. As the publisher of some of the largest brands in Southern Africa, the entire business is managed by a mere 108 people. To make a success of such a lean operation, Raphaely was compelled to devise a strategy which would make the company super-efficient. “We started a turnaround strategy in our business a year ago. I was looking for the next S-curve in magazine media to be able to quickly identify project growth and sustainability.”

Raphaely stresses that a successful turnaround strategy takes at least 18-24 months to show results and incorporates every aspect of the business, from business structure, talent development, company culture, content output, mind-set changes and the development of agility within the business to respond to disruption challenges. “We needed to set our strategy around turnaround and then track our progress monthly.”

To do this, the business is run through balanced scorecards where entire teams are measured, from editorial and sales to management and human resources. “We look at the key metrics of our business such as audience growth, circulation, each engagement tool we have, as well as events, and how successful we are at monetising it. The process also aims to encourage our teams to collaborate more internally.”

How a problem became an advantage

As an example, she references how the sales team is being measured along with the editorial team as a unit. “Teams are now better integrated and they truly feel like a single team because they are evaluated by metrics that drive the larger business and not isolated tasks. The system might not work for everyone but in our case, it has been successful because having a proper system allows for better agility even though our business has always been agile and entrepreneurial in its mind-set and culture.”

During this process, Raphaely warns that you also need to take intelligent failure into account. This means you need to apply what you have learnt from failure very quickly. “If you try new techniques,  it’s best to recognise your failures quickly and adapt, having made sure you have first given what you are trying to do the best chance.”

Julia closes the interview with these thoughts: “Most importantly, content can never be mediocre. In fact, it has to always be exceptional. Creative staff need to be encouraged and inspired and success should be celebrated. These are not new ideas but they are core to the creative process, which must produce something original and valuable. Our industry, after all, is one that has always made our audience happier, healthier and more successful. Now we can reach more consumers in far greater numbers and in much more diverse ways. What began as a problem has now become an advantage.  You can’t ask for more than that!”