Here the company’s Strategy Director Tim Ewington, shares his views on the power of print, explains why he thinks there are still opportunities in the free magazine marketplace and details how Shortlist will generate revenue in the future. 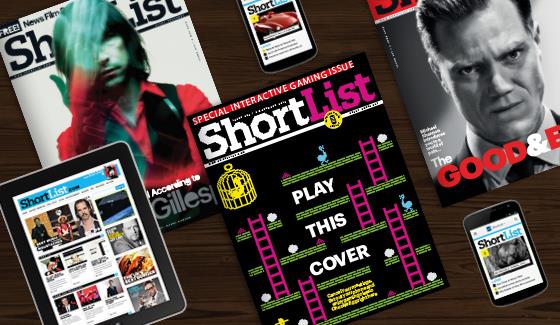 Did you ever feel a little Canute-like ten years ago when you were launching print magazines when everyone else was focusing on digital? Why were you so convinced of the potential of print?

Blimey, it was nine years ago. Almost ten. I think Canute was actually King back then! We believe that paid for print is deeply troubled and that the future looks grizzly for most paid for magazines.

We believe that free magazines fit well into the lifestyles of the digital generation alongside the digital media where they spend most of their time. Free print can have scale and power, punching through the media clutter and it is a great way to build a new brand.

Digital is the big, powerful tide and will wash away many existing media brands. We believe that its power is only just beginning to be felt and we’re working hard to evolve Shortlist Media to prosper through the next waves of digital change.

What was your inspiration for launching ShortList back in 2007?

Paid-for magazines were and are in fast decline. We wanted to reinvent magazines in terms of approach, distribution, price, production and attitude.  We believed that there was an opportunity, as insurgents, to reinvent the medium.

Do you think that the free magazine marketplace is reaching saturation point in London now? Or have you got new free magazine projects on the horizon?

It’s getting ever more crowded but we see further opportunities. We’re always working on new ideas.

You are focusing on international expansion. Which markets do you think are most ripe for introducing free magazines?

ShortList and Stylist are concepts created for the internationalised, urban consumer. We believe that the concept can work in many advanced, urban economies where there is a strong advertising market and distribution can be achieved.

Is it best to launch on your own – or do you prefer to seek local partners?

We are a small business still – just 150 people. We need local partners to launch beyond our own shores.

How attractive is the US as a market for free magazines to publishers like yourselves?

The US is attractive and frightening in equal measures. The big, east-coast cities with metro systems would allow distribution but the east coast looks like a nightmare. What do you guys think?

What key lessons did you learn from Never Underdressed (the fashion focused website that Shortlist Media closed after just a year)?

So many lessons. Don’t let ‘digital experts’ loose on their own!

Without powerful focus on reach through social and opinion formers, momentum in the fashion market is almost impossible. And many more.

Do you think it is becoming difficult for UK media start-ups to establish a bridgehead given the very strong position of both US incumbent media and legacy magazine publishers?

Media is such a big word. There are lots and lots of exciting niches to explore. Content is ever tougher given the power of the US social platforms and their focus on content.

What do you think will be the key emerging revenue source for ShortList? Ecommerce? Events? Anything else?

Video, social, events and creative solutions will be key.

What are the key benefits of being completely owned by DC Thomson? Or has little changed?

Cash to invest and longevity of focus. There is little other change.

How important do you think that video will be too Shortlist in the future?

Shortlist Media is one of the companies featured in the FIPP London Media Tour taking place in just a few weeks, on 23-25 May.