For my column, I’d rather talk about the Muppets – ok, ok, I’ll eventually make my way back to the great Ad Blocking Controversy of 2015, but lets start with the Muppets, Jim Henson’s invention from the fifties that changed children’s television forever. You may have heard that they’re trying to make a comeback in primetime television. But that’s not why I care about them.

My renewed interest in Kermit and the gang relates to the lessons from their origins. When the Muppets first came on the scene, there were already plenty of puppet shows on television. You might even say it was a red ocean, meaning that puppet shows were everywhere competing for children’s attention on television, as well as advertising dollars to support them.

But most television puppet shows looked like this in the 1950s: 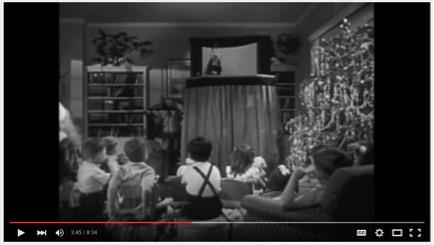 This is the classic progression of new media. Just as the original news programs on TV were simply radio broadcasts read in front of a camera, these early kids shows replicated an actual puppet show for a television audience.

Jim Henson took a bold step forward by removing the puppet theatre and using the entire television screen for his Muppets to roam free. And in these scenes from the Jimmy Dean show, you can see Rowlf the Dog in a repartee with Jimmy Dean. This sort of interplay was unlike any other sort of television puppet show that had come before it. 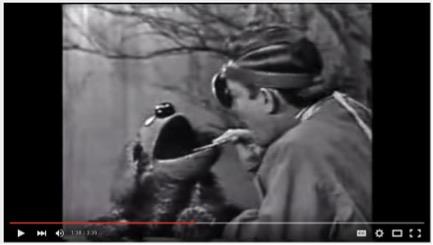 Rowlf took off across the nation as the first of Henson’s inventions to gain mass appeal among children and adults. Eventually, the dog was such a hit that he crossed the divide into doing advertisements like these that just look funny before you even click on the video: 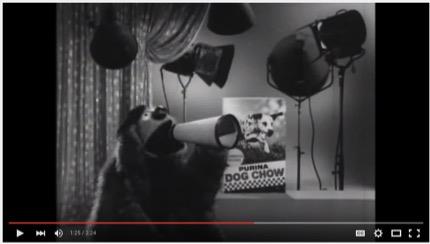 Henson saw television as a way to reinvent the whole notion of puppetry. That was his genius, and it spread like wildfire. So it was no real wonder that the advertising world wanted to harness that power as well.

Now lets turn back to ad blocking. While the jury is still out as to what the real impact will be of ad blocking software across mobile platforms, there’s a growing sense that banners and buttons on the web could soon be on the endangered species list.

These banners and buttons are often just like a traditional Punch and Judy television puppet show from the 1950s. Not all that inspiring—which of course is the real issue. If these web ad formats had been engaging, no one would want to block them.

Sites like BuzzFeed have rediscovered and reinvigorated the idea that it’s the publisher who needs to show the advertiser how to make their ads different, powerful, and effective in a new format. Sponsored content (a.k.a. native advertising) is still in its infancy—and certainly controversial—but many media players and publishers are finding ways to weave their sponsors’ messages into their content in powerful ways. Sometimes these methods blur the boundaries between advertising and editorial too much for my taste, but they are groundbreaking nonetheless.

That’s why for those who have cracked the code on whole new ways of advertising online, ad blockers probably don’t seem too dire. A good reminder that we may all need to rethink what advertising means across our particular sites if we want to thrive in the mobile world.

For publishers who can’t push forward with new and creative advertising formats, staying profitable might become more difficult in the years ahead, bringing to mind a certain frog who once said, “It’s not easy being green.”