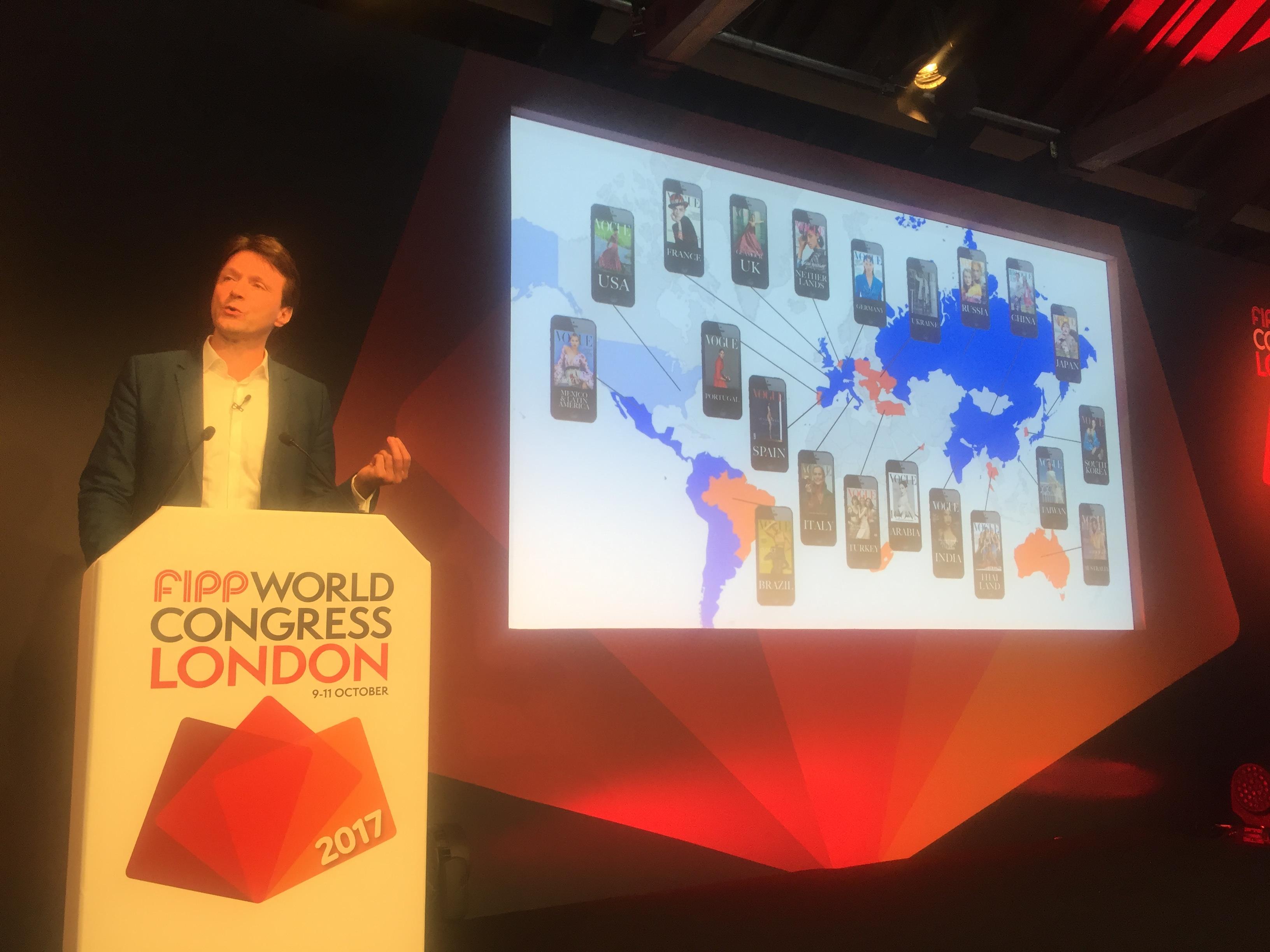 During his presentation he explained how CNI are addressing the issue, and gave insight into some of the forces that are pushing CNI and other publishers into new directions.

Wolfgang started by giving context to what CNI is, explaining it is the sister company of Condé Nast Inc and that it operates in 11 countries around the world, in much of Europe, Russia, China and Mexico. CNI’s flagship brand is Vogue, which is published in print in localised formats in many different countries. As Wolfgang explained this works well for print, but there are tectonic shifts forcing them to change the operating model:

He summarised these as;

Wolfgang then went on to outline how there are trends that are impacting on how the company is evolving. He argued that “digital publishing is increasingly becoming as expensive as print publishing as it requires so much data, analytics, technology etc. It is a never ending arms race has to be addressed internationally.”

The rise of ‘two internets’

He also believes that we are entering the world of two main internets – the US owned and run internet and the Chinese one. The latter is, according to Wolfgang, under covered in the UK and European trade press. Wolfgang believes that there is so much innovation coming out of China and that the rest of the world can learn from this. However the challenge is that Europe, Russia and the Middle East runs the risk of getting squeezed between two forces. “To be a truly global publisher you need to have strong position in China and/or the US.”

To illustrate this he talked about Vogue Russia which he describes as intriguing as they publish on more social platforms than any other team around the world, on both the US and Russian social platforms.

With so much change and new opportunities emerging via digital it is very tricky for publishers to decide what to focus on. “Whatever you choose will take whatever you have,” he argued. “ You have limited resources, creativity etc. You can’t do everything at the same time.”

“So with Vogue we learned a lesson about brands, I spent time studying the digital-only brands like BuzzFeed and was jealous of their agility, dynamism, risk-taking and ability to raise money. However I believe that their big issue is establishing a brand. You can’t buy branded trust.”

Finally Wolfgang introduced the audience to what he calls the ‘Horizon Growth model,’ which is the strategy that is powering the development of CNI.

Wolfgang concluded by saying that “in publishing we often confuse the tactical with the strategy, we need both!”