40 Million Steps follows Australian athlete Tom Denniss‘ journey to circumnavigate the world by foot. He began his attempt in 2011 and finished 622 days and 26,232 kilometres later, setting a new world record. In 2014, Denniss’ run came to the attention of Runner’s World Articles Editor Christine Fennessy (pictured above left) and her team.

“I got thinking about it, and realised there was so much data behind what he was doing and at the time, we were working on expanding our abilities for these visualisations,” she said. “We started to talk about how we could bring this round the world trip alive to readers? How could we do it in a way that was interactive and cool and bring people on the journey?” 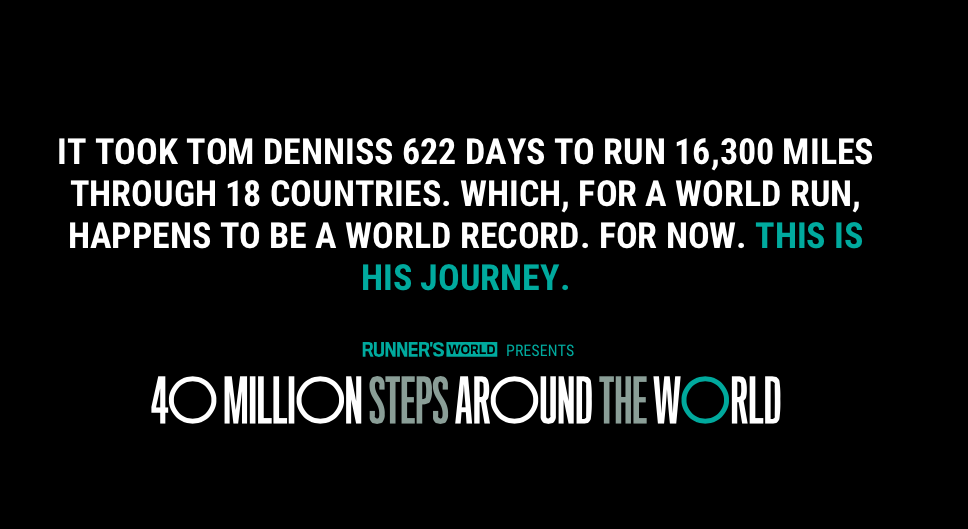 One of Fennessy’s jobs was to curate through all of the photos and find ones that really brought to life this particular spot he was in on a particular day. She and writer Rachel Swaby, dug through Denniss’ journal entries and the photographs of the journey. Swaby wrote the piece that went into the magazine, Fennessy oversaw editing. Digital Designer Daniel Fuehrer did the animations in the introduction. Video and audio was compiled, edited and produced by David E. Graf and Derek Call.

“We challenged ourselves to see what we could do with our individual skill sets and then merged them all together and so something we hadn’t done before.”

The process involved a colossal amount of work. Hundreds of hours were put into this feature by team members.  Along the way, there were challenges, lessons and triumphs.

Executive Producer Robert James Reese used Google Maps APIs to build Denniss’s virtual world tour. This interactive map allows viewers to zoom out as far as they want, or zoom in to street view to see where Denniss was at any given time in his journey.

“The Geocoding API helped us to fact-check location names, and we used the Elevation API to find out and highlight interesting facts about the run, such as its lowest and highest points,” Reese wrote in a blog post for Google. 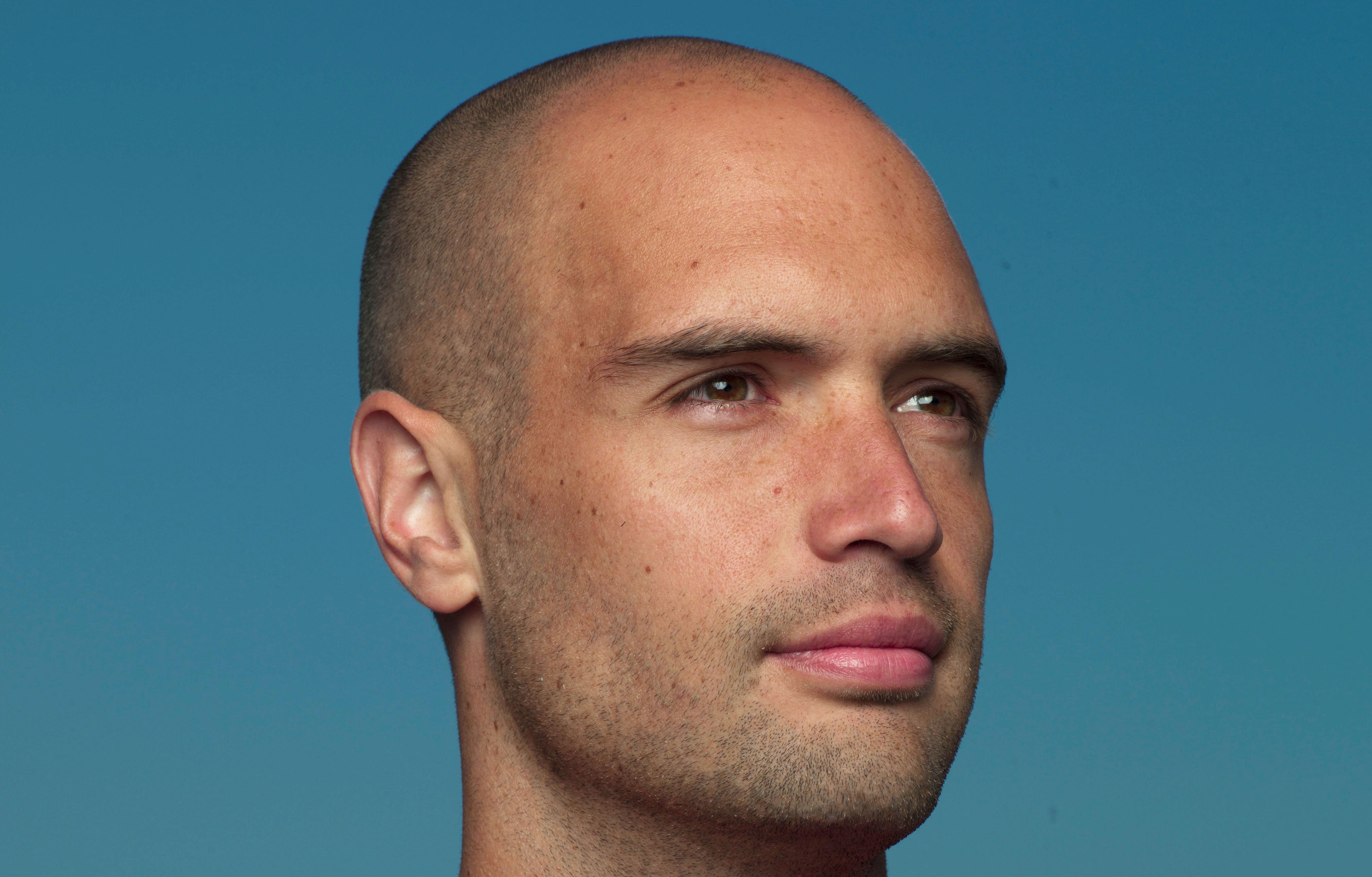 But, the Runner’s World team wasn’t finished just then. Perhaps it was a response to dreaming in Excel documents, but at that point, the team wanted to punch the feature up, and add in oddities and other data Denniss experienced on his round-the-world run for fun.

So, extra data was pulled into the map, including every time Denniss mentioned something that was dead in his journals, or had an injury. They also incorporated the rules for running around the world into the map. They listed how many countries Denniss ran through and pointed out the highest point he reached. And, how many pairs of socks Dennis went through.

“We really took you along for the ride. It’s like you were there, running with him,” Reese explained. “Most of us can’t drop a couple hundred grand and take 622 days of work to go run around the world. We gave people a chance to do that in an abbreviated way. You really got to live it.”

The sheer amount of data created challenges for Reese and the online team. Technology couldn’t keep up with it.

“We checked on a lot of different computers, and found that even if we did put all of this data on the map, it was overwhelming the browsers, especially older browsers,” he explained. “We wanted everybody, even if they weren’t on the newest, fastest computer or had the best connection, wanted everyone to be able to see it.”

It was a challenge for Reese to figure out how much data they wanted to include and how much to dismiss. In the end, what he ended up creating were two different versions of the multimedia feature.

“One of them showed every 50th data point and the other showed every 20th data point,” he said. “And then, depending on what sort of connection and browser the user was coming in on, we sent them to the fuller version or the lighter version.” 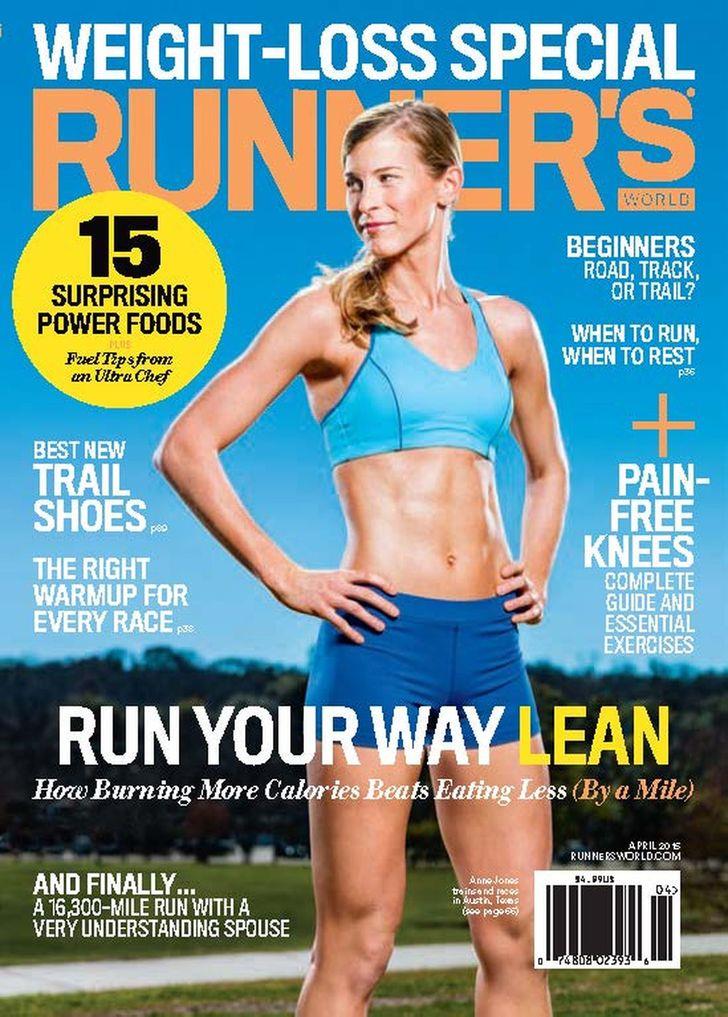 The feature was a stunning piece of work, a testament to the team’s hard work and ingenuity. They were recognised by Google, by the National Magazine Awards and by MIN.

Their audience loved it. Engagement scores were off the charts.

“People were sitting with this feature for an incredible amount of time,” Reese said. “We had people sitting there for 10-20 minutes with this thing and really immersing themselves with it.”

“The fact that the engagement level was so high, that’s so rewarding,” Fennessy added. “This was meant to be something you can sit with. It’s a trip around the world, it’s not meant to be done in five minutes.”

“I saw it as a great way to push our skills and our thinking about what we can do,” Fennessy said. “I’m really proud we put so much effort into making this. I’m excited to know we can do these things when we really put our minds to it.”

Reese agreed, adding that multimedia features like “40 Million Steps” help shape the path the industry is taking.  “This was a fun, exciting new way of looking at a story,” he said. “Now, it seems ordinary because you see so many fantastic things out there. I’m excited to see what we do next.”