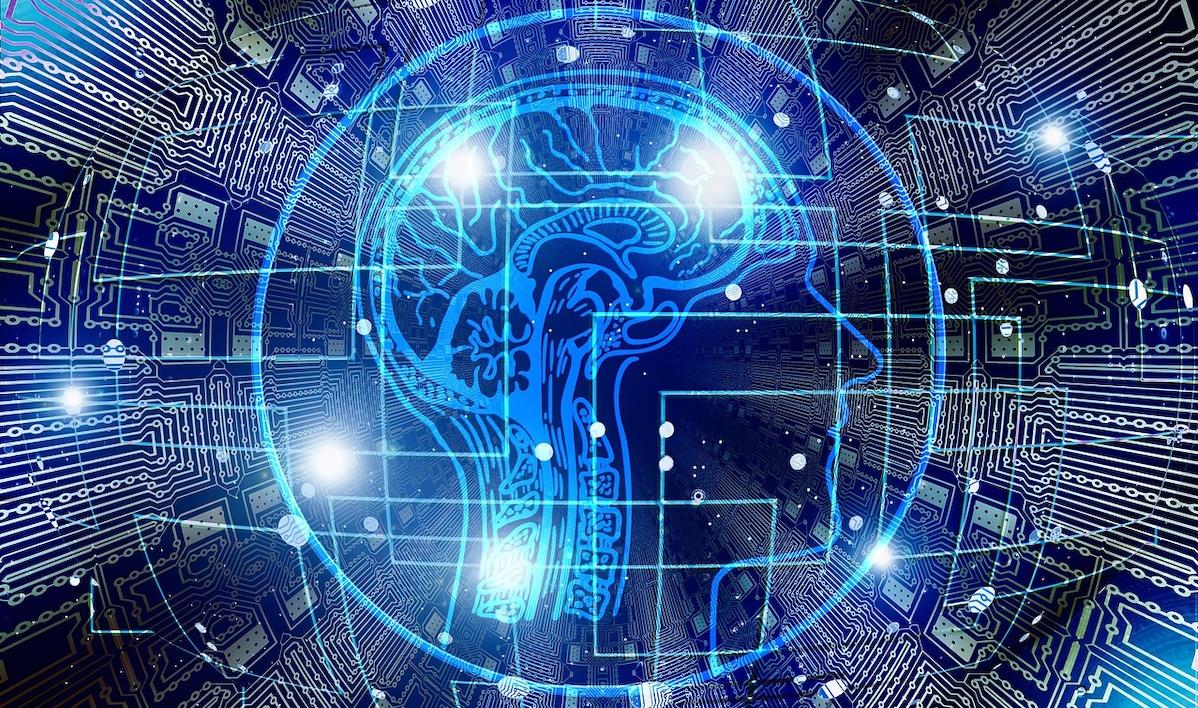 At DIS 2019 it was clear that there is still a large amount of confusion about AI and that is hampering its adoption across the media.

The current state of AI and how it has impacted online publishing was however addressed in a pair of high quality presentations that offered a clear vision of how the technology could be used by media companies both now and in the near future.

Mari-Sanna Paukkeri, who is the co-founder and CEO of Utopia Analytics in Finland, used her presentation to outline the benefits for media companies of AI and illustrated these with some real world use cases. She also looked at some of its limitations, and explained why she thought AI media projects have in some instances been underwhelming.

Meanwhile in a presentation entitled ‘Watson and the media: Learn how AI will (and already does) propel media forward,’ Thomas Ross, partner, IBM Global Business Services, explained how his company has been deploying AI both in the media and other fascinating projects.

The potential of AI for the media

Mari-Sanna began her speech by asking the delegates how many people had experimented with AI already – the number was just two. She added that she has personally been involved in hundreds of AI projects, but realised that some media companies had not been impressed by what AI had done for them.

She intimated that this was often down to factors that were unconnected to the AI algorithm.

“If the data is not good quality,” she continued. “Or there is not enough data, or the people who are running the project are inexperienced, it doesn’t matter how good the tools are the project will not succeed.”

Mari-Sanna then went on to explain the way machine learning algorithms have potentially three key roles in the media:

In terms of efficiency she suggested that AI could automatically moderate user content, give feedback on articles, increase the number of visitors to a website, increase advertising income, engage users better  and ultimately decrease manual work.

“AI can also improve the quality of the overall media package by removing spam and hate speech,” she added. “As unlike humans machines don’t get tired when doing moderation work. It is continually very accurate.”

Thirdly AI can draw the bigger picture on what is going on in a business by analysing the data. It can build user segments, notice signals and see how things are evolving.

Mari-Sanna added that AI can create totally new types of functionality. She explained that the Google search tool was basically machine learning. Also that one key role AI will play in the future is to analyse unstructured data, creating personalised systems – not just for segments but for individuals.

Mari-Sanna went on to talk about how the skills offered by humans and AI tools, are totally different. “AI has nothing to do with human brains,” she argued. “Humans are very good at creativity, imagining things and thinking. Also they have advanced communications and persuading skills, as well as social skills that enable them to make another person feel better by saying certain words. Humans have feelings and decisions are made using institution – machines can’t do this.”

Mari-Sanna then ran through a series of case studies from different media houses and how they are harnessing AI to solve key issues.

Firstly she described the journey of a mid sized media house who harness traditional Google Analytics tools to highlight how their users are consuming content. They wanted to engage users and for them to stay longer on the website and read more content. To do this they used an AI based commenting tool which analysed the nature of the content. So, for example, they knew if a comment was general or directed specifically at the journalist.

Secondly she profiled an online media company in Finland, Alma Media, which also wanted to increase the number of visitors to its website and automate content moderation to cut costs. Significant money was saved and visitors increased by as much as 30 per cent.

A third example was deployed by a company which wanted to educate people and give feedback if their comments were unpalatable. The AI categorised comments so they might be deemed irrelevant, violent or explicit. The bot then let the commenter know that their comment was unacceptable and gave reasons why. The site, which boasts many teenage readers, also picked up on any mention of self harm and sent a real time message to the commenter offering help.

A fourth example is an online marketplace Tutti.ch which is operated by Tamedia in Switzerland – which has a goal to decrease the costs of manual moderation. It had outsourced moderation with over 20 human moderators checking every single sales ad. The AI tool enabled them to decrease manual work by eight per cent meaning that human moderators worked only during office hours. It also lead to a huge improvement in job satisfaction as the humans didn’t need to moderate routine cases – they focused on interesting and tricky ones.

Lastly one company used AI to analyse feedback from its users via text.

Mari-Sanna concluded by stating that “AI is very powerful in specific tasks, but building a tool requires skills.”

The centrality of data

A second equally fascinating presentation at DIS 2019 on AI was given by Thomas Ross, partner, IBM Global Business Services.

Thomas explained that as far back as 2004 IBM started to see AI as key to the digital age and so the company invested heavily in it.

He began by saying that “the starting point is always data though not AI. Computers have always been good at crunching and creating insight from data, but the problem has always been they could only see a small part of the data we use. The key progress of recent years has been to understand unstructured data – content, pictures video and text, as well as the centrality of language.”

Ultimately IBM has invested a lot on AI that can read and understand content.

Thomas then ran through a brief overview of types of things IBM does with AI and the media and the challenges IBM faces around deploying AI in media.

He said that the first projects were largely summarising content or highlight clipping. In 2017 IBM created a trailer using AI for a 20th Century Fox science fiction movie called Morgan. “To do this we looked at 100 movies and 100 trailers and then it took machine learning and audio content to see how it is cut.”

“Trailers for movies is not a major use case for the technology,” Thomas added. “We have deployed it real life in sports where you have a lot of content, like tennis or golf, and you want to narrow it down to what people want to see.”

The golf clips were created without sports metadata, instead they were informed by the excitement of commentator to underline what was relevant. There was also specific action recognition for golf – what poses are relevant for clipping content etc.

Thomas suggested that by using AI the content can be optimised for each user focusing on player preferences etc. He summed it up by saying that the challenge is that computers are good at summarising, but that trailers need to tell a story and this storytelling element is hard for computers as they need to understand it and how people will react to it.

Thomas also referenced some football projects, such as one with the Bundesliga and another with AI-based personalisation platform Iris TV in the US. In that experiment Fox Sports created a FIFA World Cup highlight machine using AI which enables people to browse through the history of all World Cup games and select players and type of scenes etc, and then get personalised highlight clips. 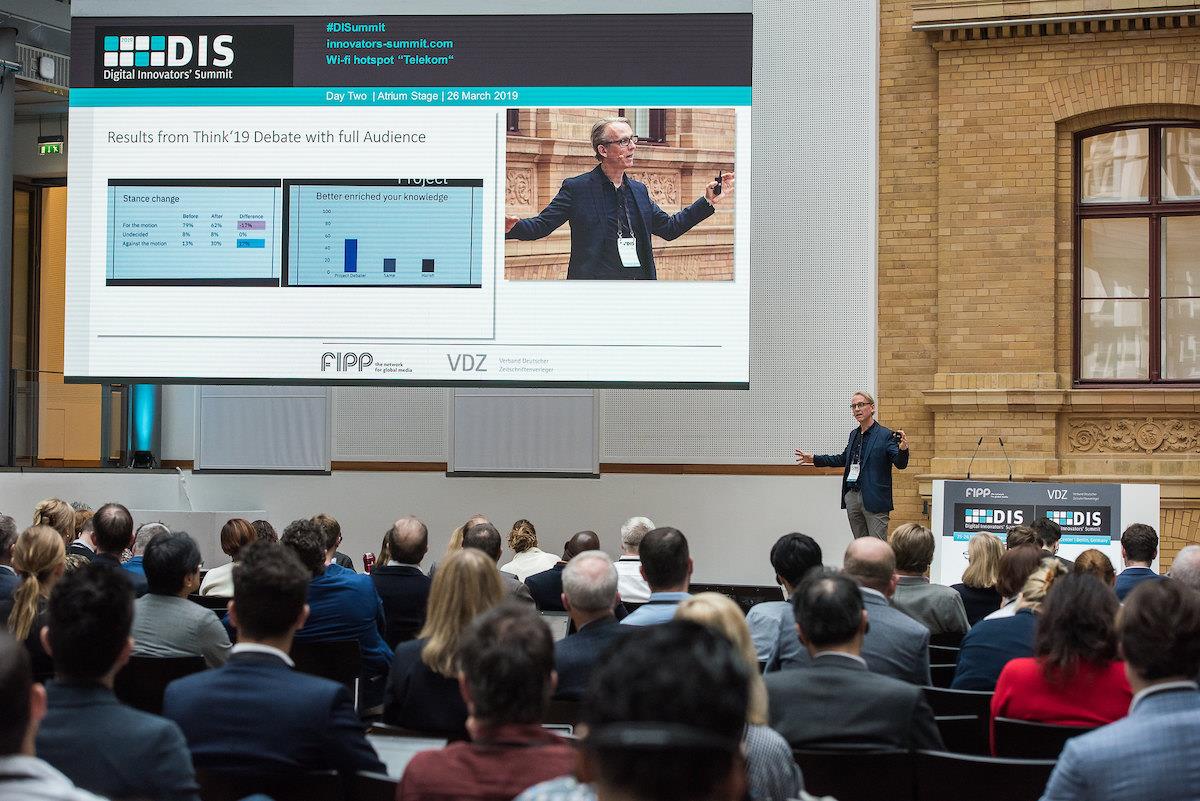 Thomas then spoke about a research project that was undertaken last year where IBM created a machine with a deep understanding of text and content that was able to debate with humans. The experiment was undertaken in a small room of 50 people and then repeated at the CES event in Las Vegas.

The feedback the company got was that while humans are superior debaters and able to use emotion, voice inflection etc. to enhance their argument, many people considered that the machines had the edge on delivering facts and enriching the knowledge of those present.

Finally Thomas looked at where AI currently is on the hype cycle suggesting that it is “all over the place.” He added that a lot of work can be automated with some intelligence deployed for specific use cases. “However we need to differentiate between things that are really creative and things that are sort of creative but holding us up – we can automate those things with AI.”