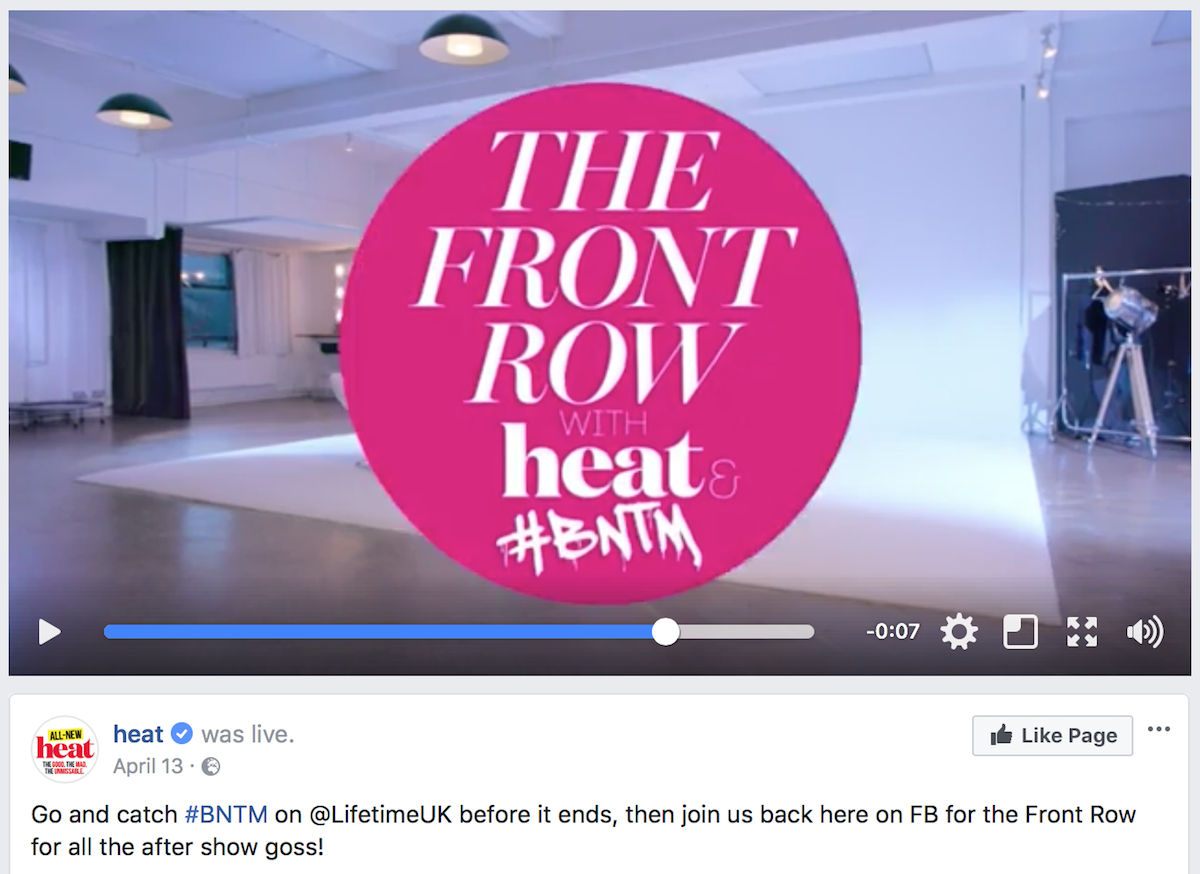 The two media companies teamed up to promote the show Britain’s Next Top Model which is on Lifetime, with Heat delivering a highly successful and innovative Facebook-driven campaign. Here, Lucie Cave, editorial director of Heat, explains how the collaboration came about, and how it is helping shape the social strategy of heat’s parent company Bauer Media.

***Interested in the lastest digital media developments from around the world? Sign up for FIPP and VDZ’s 11th Digital Innovators’ Summit, taking place from 18-20 March 2018 (speaker programme is on 19 and 20 March) in Berlin, Germany. Discounted pre-agenda bookings are available until 30 November 2017. Find out more and/or sign up at innovators-summit.com***

What was the planning process on the development of the campaign – how did you come up with the ideas?

Lifetime have a lot of challenges, not only because their channel is quite low down on the EPG, but because they want to position themselves as the home of fashion reality TV. So they’re really competing against the backdrop of fashion news on everyone’s smartphone as well.

They needed to get them excited about the show and the challenge to Bauer was how do you do engage with that audience, what brands do you use, and what creative approach do you make?

What was the logistics behind the campaign? How much content was heat actually involved in creating?

Our solution was to look to Heat, which is obviously a huge multi-platform brand and has strong links to a younger audience. We also combined it with amplification across Kiss FM, but it was essentially a Heat-lead project.

It was exciting for us because Britain’s Next Top Model is something that our readers are authentically interested in, but we knew there was a big job to do in terms of getting them to watch it real time. It was also a task for us to create something that’s going to get them to talk about it, which doesn’t feel like we’re ramming it down their throats.

We came up with the idea that we wanted to create a social TV companion show for Britain’s Next Top Model through the platform of Facebook Live. At the time people had started to use it, but it was still being used in more of a gimmicky way. I don’t think anyone had created a social TV show for another broadcaster, so it was quite challenging to do.

The show was hosted by me and put out live directly after Britain’s Next Top Model aired on Lifetime. The important thing, however, was we created content that kept people interested across the week in between the broadcasts to keep that conversation going. We created a lot of short content that was complementary to the Facebook show.

We kept people interested with funny little skits where we used the celebrity contacts we have, and created sketches with the celebrities like Jamie Laing and Charlotte Crosby pretending to be models. We then used the tagline ‘Watch us: Britain’s Next Top Model is airing on Lifetime, come back and join in on discussion around the show straight after the show’. It was getting people to watch the show on live time and then carry on that conversation.

Part of their objective was to create awareness of the show, to get more viewers, and we helped increase their audience by 45 per cent. We certainly helped win them younger viewers. The campaign completely over-delivered and we’re really proud of the stuff we did. It started with me at the launch party of Britain’s Next Top Model and ended up in a studio based format towards the end. 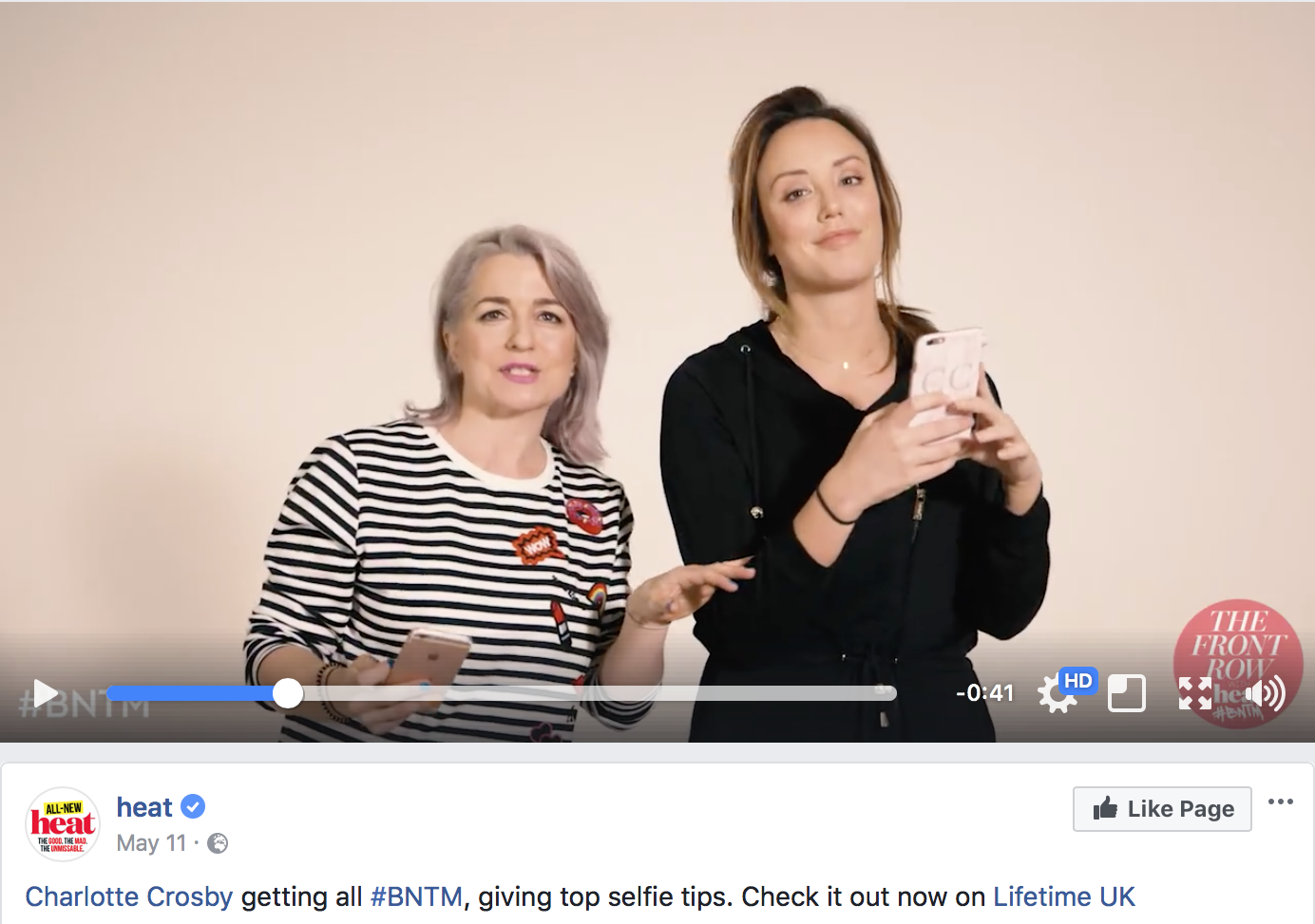 Why was Facebook Live chosen as the platform? Was there a discussion around using other channels? Do you think that in the future other channels might be used on similar projects?

We’ve done some Facebook Live activity before, for example we had a live editorial conference that we did a few months before we did this project. It had 70,000 views and reached over half a million people organically just in that hour on Facebook Live. So we knew we could do stuff in that space.

Lifetime pushed us for guarantees as we hadn’t done this stuff before and so we set a benchmark of 50,000 views per episode and I think we had an average of 135,000 per episode.

For them, it was a combination of awareness and video views, but also to be able to prove that we generated an uplift of viewers to their linear broadcast.

It felt like the right time to use Facebook Live. We’d done some things a couple of years before Facebook Live with Heat, a project called ‘Heat’s Big Night In,’ which was a partnership with Lambrini, and we created a mini show in between X-Factor and Strictly and had lots of conversations going on social where we were live blogging around both of the shows. We learned from that because we put it out on YouTube and found less people engaged on live format on YouTube, and so decided to just whack it on Facebook and we got loads of views.

With two billion users on Facebook there’s a huge potential audience to tap into and we knew that whenever we are talking to our audience about stuff, Facebook is the platform that gets the most engagement.

Moving forward in the future I think Instagram is the one we’ll be looking at but for this project Facebook felt right for it.

Facebook measures engagment up to 4-5 seconds which I think needs to be a bit longer in terms of benchmarking how successful it is. In terms of a video format, Facebook push Live more than anything, so that’s why it sticks out like the right place for us, but obviously that depends on whether they suddenly change tactics.

We’re currently talking to Facebook with their creative team in terms of developing formats for brands like heat and Empire that could potentially combine and how we as media owners can be social TV creators in that space, because obviously we know how to talk to our audience and it’s just about which platform is the best way to reach them now.

How does Heat’s social strategy sit within the rest of Bauer Media? Is there a best practice across the company?

In terms of Bauer’s social video strategy, we have a strategist to helm it who advises all the brands in terms of best practice and everything we do. So anything that any brand does, whether it is a success or it hasn’t worked quite so well, we will learn from that in terms of as a brand experience of it. Some of it is around ‘just doing it,’ seeing if there’s an appetite for it for our audience, and learning from it. Video on social is key for us on the platforms we’ve used. 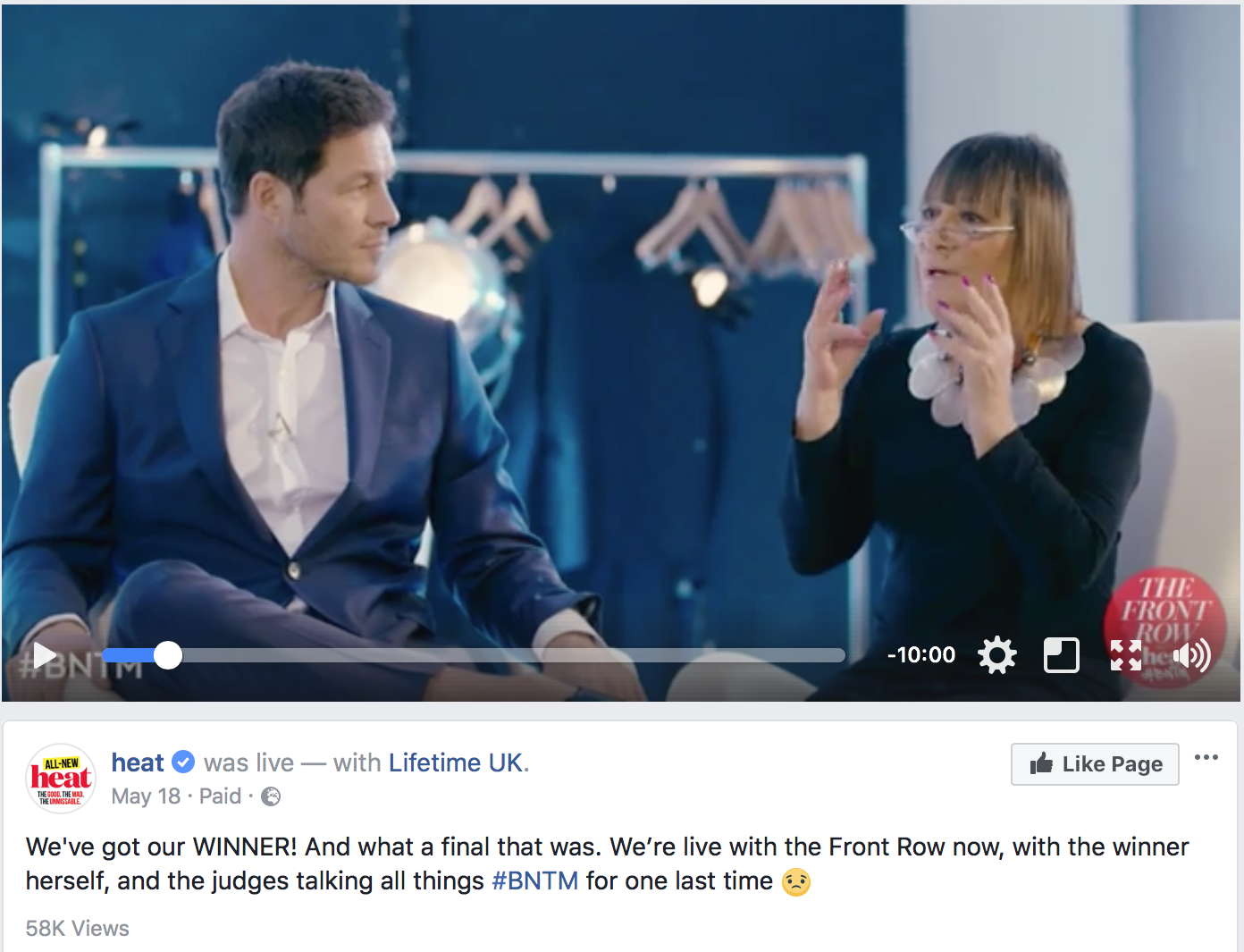 Which of the other social networks do you feel is going to be of most importance to Heat in the future?

For the future, Instagram is more important for our audience than Snapchat, because we’ve done a lot of stories, and had a huge spike in traffic to our website through creating different formats on Instagram Stories. That’s a really exciting space for us at the moment.

We did the Brit Awards last year where I was in a hotel room with Charlotte Crosby. She had never been to the Brits before so we used Instagram Stories to have direct access to a celebrity in their hotel room, getting excited about the event. So our audience really feed off that excitement. We had our social media team on the Brits carpet interviewing celebrities too. That is a really easy way for us to get a 360 live experience.

Having a project that we can measure it upon like Britain’s Next Top Model, gives us a benchmark of success. As publishers we’ve got to try different spaces and different platforms to meet our audience on their own space. We’ve got to concentrate our efforts in places that are most worthwhile.

***Interested in the lastest digital media developments from around the world? Sign up for FIPP and VDZ’s 11th Digital Innovators’ Summit, taking place from 18-20 March 2018 (speaker programme is on 19 and 20 March) in Berlin, Germany. Discounted pre-agenda bookings are available until 30 November 2017. Find out more and/or sign up at innovators-summit.com***