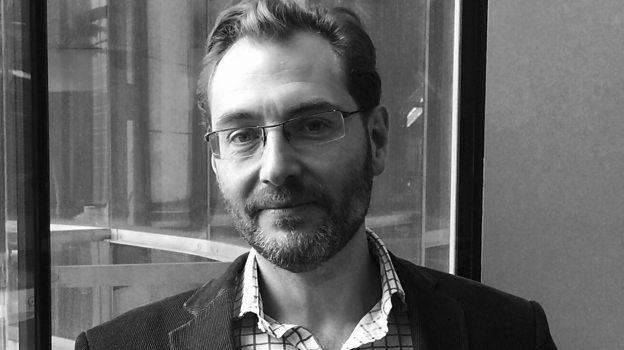 The Local News Partnerships (LNP) was developed by the BBC in collaboration with the Local News Media Association as well as other local news outlets throughout the UK. It was started in late 2017 as a response to the challenges the UK regional news industry was facing in sustaining public service reporting, local democracy and improving the standard of local news journalism.

More than 850 UK news outlets – including regional, local and hyper-local news outlets – across all platforms signed up to the partnership, with one of the strands within the partnership being the Local Democracy Reporting Service (LDRS). The LDRS is effectively a public service news agency with around 150 participating journalists across the country reporting on councils and other democratic bodies across the UK. Sponsored by the BBC, the news agency’s work is shared with the 850 participating news outlets who can then broadcast or publish it on any platform they choose to.

‘Breaking out of the London bubble’

Explaining the early successes of the LDRS to delegates at the recent Newsrewired Conference in London, head of LPN at the BBC, Matthew Barraclough, said while the project itself is important because local councils spend billions of pounds a year, which impacts the lives of all Britons, the byproducts of the service has exceeded expectations.

Barraclough was part of a broader panel discussion titled, ‘Breaking out of the London bubble’ about ways to improve local news reporting. He said the number of local journalists reporting on councils has been in steady decline over many years. However, this new project now ensures that the public, “wherever they live in the UK”, can see and hear what councils are doing and how they are spending council taxes. This has drastically improved the quality of local journalism.

He said since January 2018 they have generated 60,000 local news stories. While each story has worth “in its own right” for each local audience, the large scale of news production has brought with it the potential to also enrich national news gathering. “Never before has the BBC had access to effectively an extensive feed of impartial information coming out of local authorities.

“These stories cover not only councils but also NHS Trusts, police and crime commissions, as well as fire authorities. The challenge now is to spot patterns within the various news feeds and identify trends that could indicate wider issues.”

What is the Local Democracy Reporting Service and how does it work? If you can spare a minute, this may help provide the answer… # #democracy #journalism #local https://t.co/zh2ePrumBA

Tiles within a larger mosaic

Early indications show how successful this is. Barraclough explained their approach is to see each story filed by a local democracy reporter as a tile within a larger mosaic.

One of the recent stories to be born from covering local authorities more carefully and looking for patterns and trends, is the BBC exclusive about the high volume of taxi licenses being issued to drivers with criminal records, sometimes for serious and violent offences. “In the UK licenses to drive taxis are issued by councils. In one Scottish council area half of the new licenses were given to people with criminal records and of those half had criminal records for violent offences.”  Without supporting local reporting an important issue like this would have fallen through the cracks.

He also referenced the recent release by the Department of Education of the number of vacancies in the children’s social work department. “Because the BBC had access to this enormous stream of stories we were able to illustrate it much more effectively with examples (of how it impacts child services) from across England… people can now not only see the overall picture but also dive into how it is appropriate and relevant to the area where they live.”

News to a lot of people inside the BBC

He also said the new system highlighted the fact that sometimes people within the so-called ‘London bubble’ working in the BBC newsroom would be unaware of large stories breaking in the rest of the country. One example, says Barraclough, is the recent breaking news that companies interested in fracking for shale gas were allowed to commence with exploratory drilling without planning permission. “This was news to a lot of people inside the BBC but it wasn’t news in the areas where it was happening”. In fact, a total of eight local democracy reporters filed stories on it. “We were then able to turn it into a national story.”

Media Voices podcast: Trint founder Jeff Kofman on why journalists should be entrepreneurs