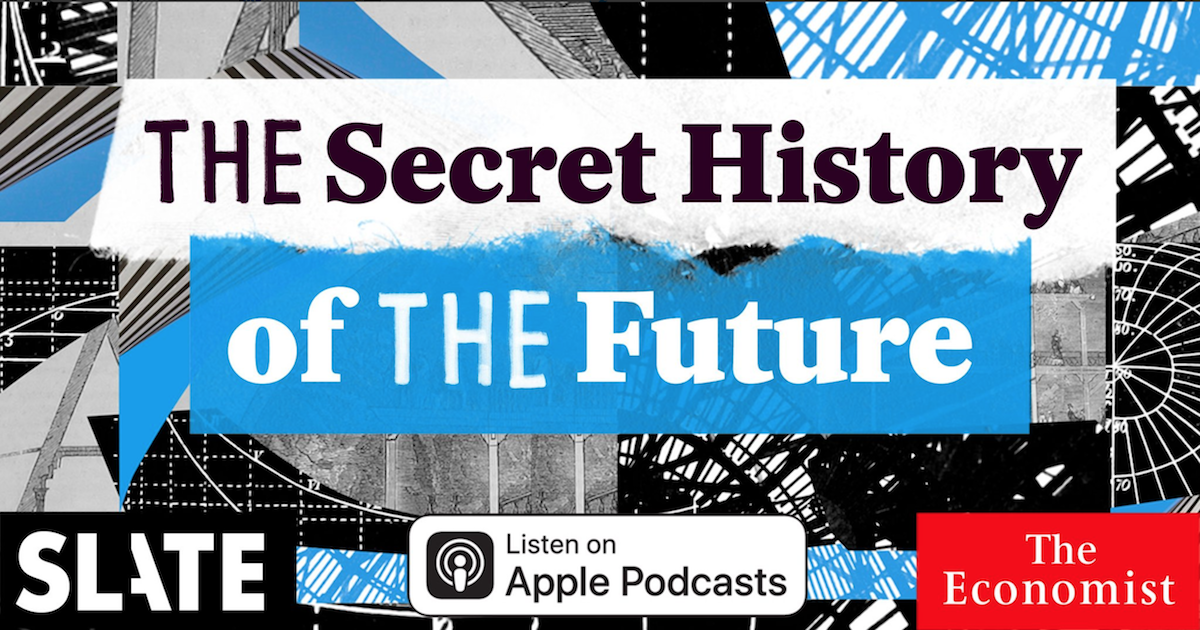 The joint venture is the result of a combination of editorial and strategic goals, according to Standage.

“Slate is a publisher with brand values similar to ours and a similar outlook to ours, so we think it’s natural alignment there, there’s good brand affinity,” said Tom Standage, deputy editor at The Economist.

The Economist has been making podcasts since 2006 and its Economist Radio unit headed up by Anne McElvoy today puts out five episodes per week. The newspaper launched an audio edition in 2008, where each week’s edition of the magazine is read by professional broadcasters. “In many ways we have been a pioneer in radio, but the way the podcast market has expanded in North America, Britain is a little bit behind,” Standage explained. “The trend in particular of narrative, long form podcasts, starting with Serial, which really changed the game here, that’s not a style of podcast we’ve ever done. And, the question for us is, what does that kind of podcast sound like coming from The Economist?”

The new series is The Economist’s first stab at that answer. The 10-episode series is based on technological history that can help people understand and learn from technology today. Standage said it has an evergreen aspect to it, which is not something The Economist’s current podcasts do. “It’s an area of podcasting, that despite having been in this field for a long time, we haven’t really gone into before, and who better to help us understand that than Slate?” Standage said.

The Economist’s strategy over the last couple of years has been to partner with American news organisations in audio. In 2016, they partnered with Mic.com for a podcast called Special Relationship, which ran up to the 2016 election. In 2017, The Economist partnered with WNYC for a radio show and podcast called Indivisible, which ran the first 100 days of the Trump administration.

Collaboration between media is gaining traction around the world, with large scale investigations like The Panama Papers pooling resources to shed light on international issues like offshore finance. Journalistic news collaborations have included the CoastAlaska partnership of seven public radio stations in Alaska, ProPublica’s Electionland in 2016, or the UK’s BureauLocal.

But, smaller scale collaborations can be beneficial for magazine media companies, too.

For the partnership with Slate, The Economist felt the online magazine had similar editorial values, and felt a podcast would help raise brand awareness in the US, and from a practical point of view, current tools and technology made it possible in a way it wouldn’t have been possible before.

“We think, from a commercial/strategy point of view, we think that audio is a very good way for us to fish for new subscribers in the US and raise awareness of our brand,” Standage said.

The Economist’s overall circulation is 1.5 million, a quarter of a million circulation in the UK, which has a population of 66 million people. The US market is the biggest opportunity for The Economist to look to expand in.

“If we have the same sort of market penetration in the US, we would have one and a quarter million subscribers in the US alone, and instead, we have about 700,000,” Standage said. “We think that the US is the single best place in the world for us to be expanding our circulation.”

Audio presents an opportunity to raise awareness of The Economist’s brand in the US. “We think audio is very natural way for us to do it because the kinds of people who listen to podcasts and listen to NPR and so on, describe people who are curious about the world who might turn into Economist subscribers,” he said. “Hence, our interest in partnering with North American news organisations that have an audience of people who think similarly to our readers but may not be subscribers.”

Slate was an ideal partner for this podcast series because they’re leading the field in long, narrative podcasts, Standage said. It’s not something The Economist has experience in – their podcasts mostly respond to the week’s news. “What we haven’t done is made an evergreen narrative long-form podcast series. And we wanted to try that.”

“For us, it’s an exploration of a new format and a new style of podcast making, something that we don’t have experience in, that Slate does have a lot of experience, that we can learn from,” Standage said. “(Slate) also knows a great deal about how to launch podcasts in the North American market, which again we can learn from. And, we have and interest in trying out new formats.”

A mutual area of interest to Slate and The Economist was the history of technology and what it can tell society about the future, Standage said. Through Standage’s career, the deputy editor has used historical analogy as a lens on the future of technology, and has used that approach to his writing for the past 25 years.

In practice, the podcast is a transatlantic collaboration made possible by technology like Trint and Google Docs. “How we could have done this even five years ago without these sorts of tools, I don’t know, but they are there now and that makes this collaboration much more feasible than it would have been.”

Standage, who is based in London, and co-host Slate senior writer Seth Stevenson, who is based in New York, have enjoyed the collaboration despite the time difference. “We’ve had to do some of it where I go to New York and spend a week there recording and reporting episodes with them, And, other times we’re hooked up by transatlantic cables and we’re both in studios on opposite sides of the pond,” Standage said, noting producers and editors make those differences invisible.

What happens when “deepfake” videos, created using machine learning, enter the world of political propaganda? Listen to the latest “The Secret History of the Future” podcast with @tomstandage and @stevensonseth https://t.co/m4Yj2tC47u pic.twitter.com/8fjFxowHvg

Both publishers are able to sell advertising on this podcast. Slate, which has a big stable of advertisers who are used to supporting podcasts, had advertisers come on straight away, Standage explained.

The Economist’s podcasts have been monetised using programmatic advertising which is lucrative.

“Programmatic has a bad reputation on the web for being low-return. In podcasts, it works rather well,” Standage said. “But, what we’re starting to see is more and more advertisers are asking to advertise in podcasts. This podcast is a way to learn about how that works.”

The first episode of The Secret History of The Future came out early September. Standage said he is pleased with how this podcast series has turned out so far. “There is a benefit to opening up a market for us there, and we’re very pleased how that has gone,” he said.

You can hear the latest episode here.