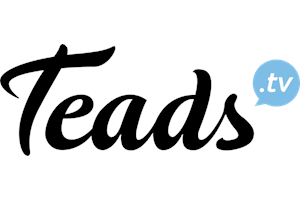 Global media platform Teads announced an exclusive global partnership with The Economist Group to deliver both outstream video and viewable display across all its media brands.

Teads’ global media platform will enable The Economist to scale both its outstream video and viewable display inventory, and increase video and display ad monetisation through both its direct sales team as well as Teads demand, across 40+ countries around the world.

Nicolas Sennegon, executive vice president and chief commercial officer at The Economist Group, said: “This year marks a milestone in The Economist Group history with our 175th anniversary and an ever growing audience of globally curious people. Our partnership with Teads will enable our partners to further engage with our audience through innovative technology and formats.”

Pierre Chappaz, co-founder and executive chairman at Teads, added: “As one of the world’s most respected media brands, we are delighted to be deepening our relationship with The Economist Group. Decision makers and influencers such as The Economist readers deserve the most sophisticated advertising experience, such as the one provided by our Global Media Platform.”

In July Teads also announced a partnership with BBC.

The Economist Group is a member of FIPP.