“It gives us a very modern, the most modern, organic platform yet, that we’ve had to  do what we do best,” said Chris Stone, editorial director for Sports Illustrated. “And, that is to tell great, original stories.”

The platform premiered November 16 on Amazon channels, with a robust slate of 130 hours of on-demand programming, which will diversify and give Sports Illustrated a new, impactful, non-advertising dependent revenue stream. Amazon Prime members in the United States can subscribe to Sports Illustrated TV for US$4.99 per month, or access the content through the Prime app on their devices. 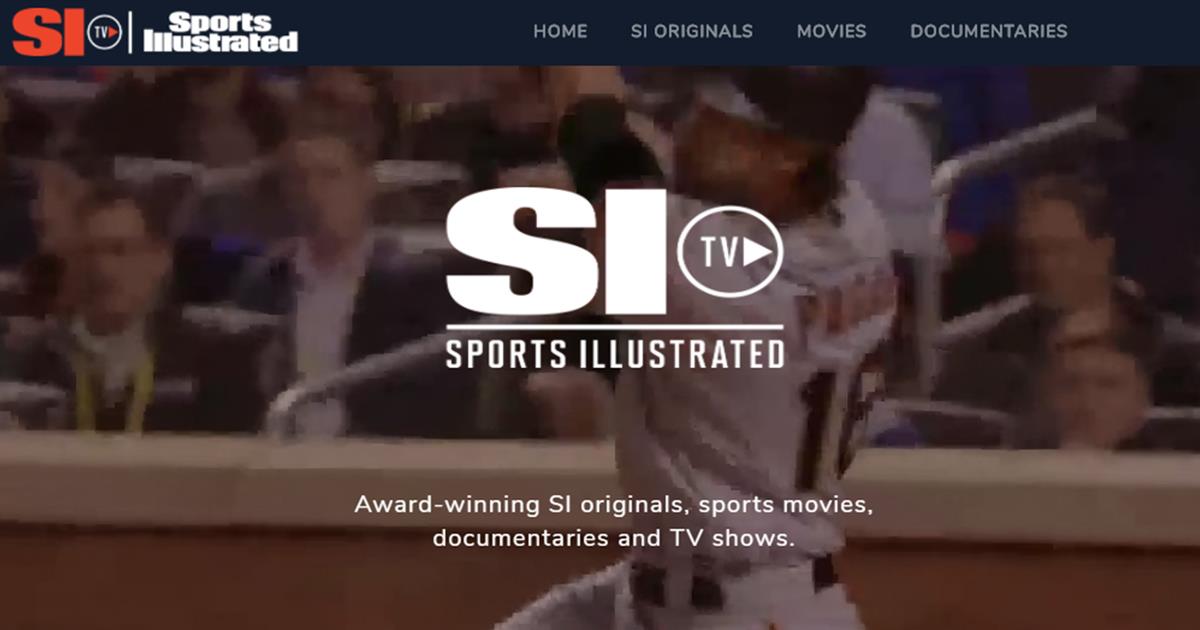 “It gives us the ability to create a differentiated experience in the OTT space,” Stone said. “In the OTT space, the big fight is going to be driven by live events and games.”

He said with the new OTT, Sports Illustrated will tell stories people care about, and really own that space. “What people value most about Sports Illustrated so easily translates to an OTT in a way that it doesn’t translate quite as easily to some of other other platforms, like our traditional digital platforms, where there’s a difference in tone and approach between our print magazine and our website SI.com, but here, with the OTT, our ability to tell the best stories in the sports space has a very natural outflow,” Stone said.

The platform complements Sports Illustrated’s multi-platform approach – the Sports Illustrated Group not only includes the magazines, a digital network, and properties including The MMQB, Planet Fútbol, the FanSided Network of sites and apps – but extends what their audiences values most about the brand. OTT was the right platform to be on, because these are the spaces people Sports Illustrated wanted to reach are seeking out right now, Stone explained.

“OTT gives companies the opportunity to play in the space,” he said. “Anybody who can create strong video is really looking for distribution vehicle for this.”

The brand has had over one billion video impressions this year alone, Stone said. “We needed a platform for that quality video and OTT gets us there and naturally aligns with the type of content we are trying to create.”

While some segments of their audience still view and value the printed magazine, it may obscure some of the work and storytelling they’re doing in other areas. SI TV will complement the print lean-back experience with more of a lean-in experience, tell stories in new ways, and add value to them.

“People value the storytelling we do, but I think there’s a little resistance to the platforms that we’re offering that storytelling on,” he explained. “So, the issue isn’t our storytelling, we know  the content we create is greatly valued by a vast swath of people, but they expect to find it on the platforms where they’re spending most of their time.”

The OTT streaming network was launched in concert with the Sports Illustrated November 20 issue, and a number of stories in the print product were extended to the OTT platform. “At launch, we launched almost in concert with the Nov.20 issue,” Stone said. “We created extensions that enabled people to engage with these stories in deeper ways on SI TV.

“Imagine you could go deeper with those stories and tell those stories in new ways, that help our audience understand them in a deeper, more immersive way that connects with them.”

Along with acquired movies and documentaries, Sports Illustrated TV will offer two original documentary series, and several original weekly studio-based shows that enable their audience to connect with the brand’s most well-known personalities around basketball, soccer and football. For example, “The Crossover” will focus on basketball lifestyle, about the players, games, fashion and culture, whereas “Planet Futbol,” will focus on in-depth coverage of soccer with analyst and soccer writer Grant Wahl.

“Those are the spaces where we have the most desirable audiences,” Stone explained. “They’re younger, they’re more multicultural, they’re a little bit more global, they’re more social, so we are building shows that connect our personalities and talent with our audiences.”

“In the same way the Internet afforded us the opportunity for new content creators in reaching audiences with their content, the OTT model is going to open up spaces for media companies to tell stories in ways, that frankly, were previously too prohibitive and restrictive,” he said.

The Mr. Magazine™ Interview: Content is about earning people’s attention