Overall, media has lost some trust, however, according to the Edelman Trust Barometer Report, journalism (i.e. traditional media and online-only media) is regaining some trust in comparison with platforms, understood as search engines and social media (such as Google, YouTube, Yahoo, Facebook, Twitter, etc.)

However, one major problem is that the boundaries between these forms of media are blurring. “Some people consider platforms to be part of ‘the media’ — including social media (48 per cent) and search engines (25 per cent) — alongside journalism (89 per cent), which includes publishers and news organisations.” Most likely, the fall-off of trust in social and search, and of the credibility of peer communication, are contributing to the overall decline of trust in media, according to Edelman. 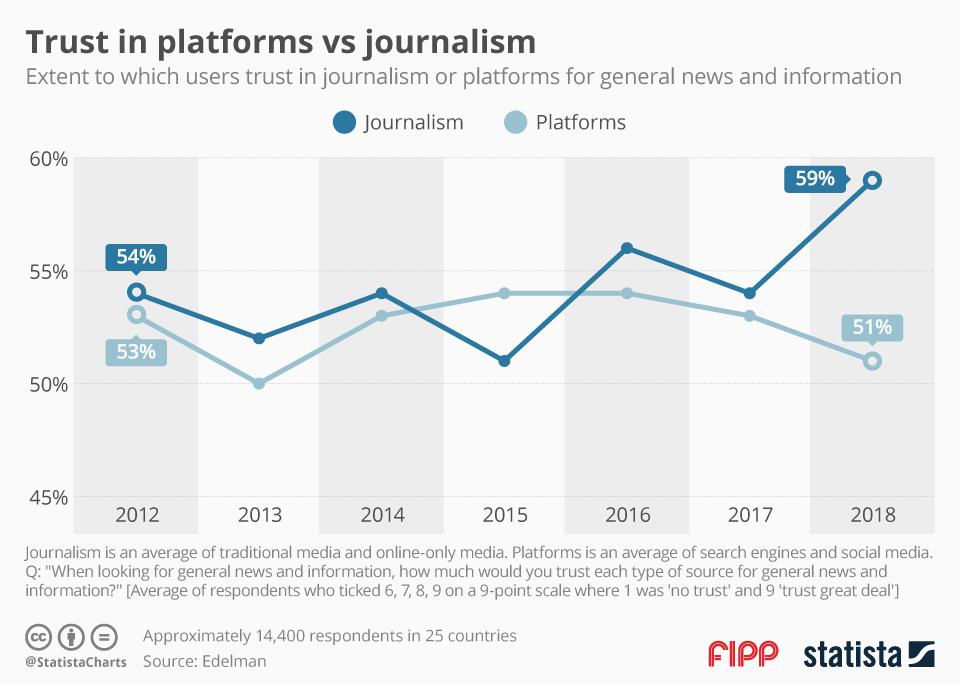 Journalism in the age of algorithms, platforms and newsfeeds