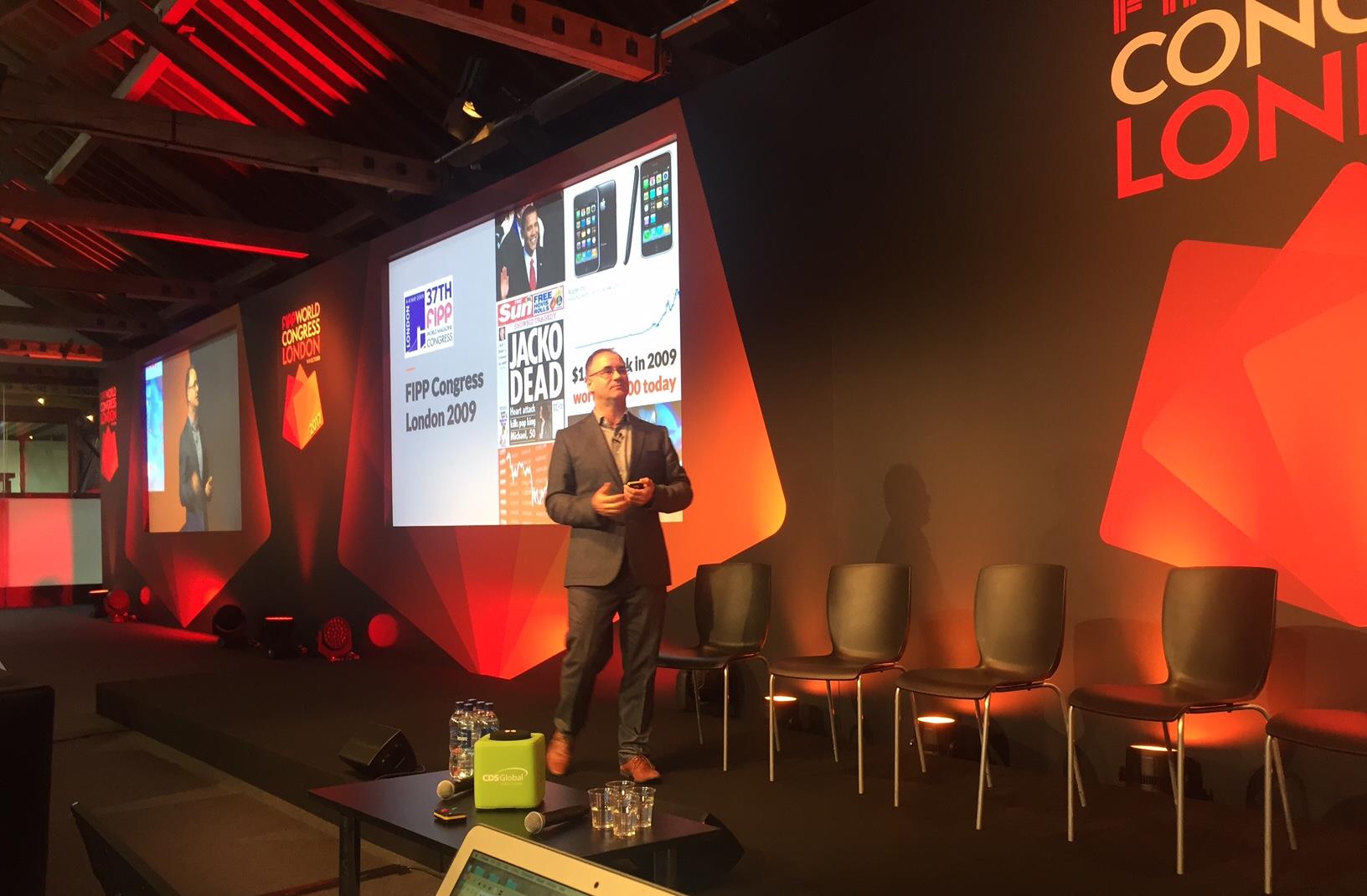 “I was three years on the job, and I wanted to get the company back to growth in one year,” Tye explained at the FIPP World Congress 2017, in London, Tuesday. And year over year, he’s done exactly that.

In his opening keynote at the Congress, Tye outlined a leadership blueprint for the future for media publishers and delegates from all over the world.

Today, media companies have both print and digital businesses, existing at the same time. “We’re told to be more collaborative,” he said. “We’re told to be focused on quality, but also told to focus on revenues. They’re seemingly opposite goals.”

So, to address these, Tye took them to Dennis, and asked those in the company what their cultural values were. “We were efficient and innovative, at the same time. We’re unusual that we’re owned by a charity. This charity plants trees. We’re an agile media company, with a long-term thinking all at once.”

Culture is a crucial component of success. As a company, Tye said although professionalism is paramount at Dennis, they are also a company that likes to have fun, to play hard. It is one small example of the quantum states that coexist across the media industry today.

“Quite often, you need to have a reason to exist in a modern media world,” he said. “If you find a gap in the market… the next thing you do is ask, how do we make money out of this?”

“What is the business plan? Where is the business model?” he asked. “It could be print, it could be ecommerce. Once you’ve made your decision, it’s simple from there. Just get on with it. Set your goals, iterate furiously, and let it go.”

Charting the future may be challenging, but Tye suggested leadership is important for navigating the challenges. “We are all told to start change, to diversify, to innovate, but how much do we innovate ourselves?” he asked. “Everyone wants it, don’t they? But, there aren’t many people who actually want to change, or to lead the change.”