“Country Living readers respond so positively to these creative partnerships and their enthusiasm fuels our team’s creativity leading into each next one,” said editor-in-chief Rachel Hardage Barrett. “For example, when we teamed up with Go RVing on a unit featuring an illustrated map of the United States, some readers literally framed the ad and others reached out to ask us where they could purchase a print of the image. (Our illustrator even started making them available via his website because demand was so high.) … Our readers are so passionate about this brand, and as editors we have a strong sense of what they’ll respond to.”

This year, several Country Living issues included first-to-market concepts that incorporated native integration. The May peel-off cover with Sherwin-Williams showcased editor-generated projects—like the cover’s headboard—using just one gallon of paint. with a native spread on the following page. In June, the brand partnered with Go RVing, for a die-cut steering wheel cover, and native integrations throughout the magazine.

The most recent integration with L.L. Bean rolled out over three months across print, digital and social channels. The L.L. Bean collaboration was a natural fit for Country Living, and staff had a lot of fun dreaming up concepts that fit their needs and aligned with the spirit of each issue, and deliberately infusing every issue with a strong sense of seasonality, Hardage Barrett said.

“Our readers describe the magazine as ‘a monthly breath of fresh air delivered to their mailbox,’ and the L.L. Bean catalog has a similar escapist, let’s-wander-around-Maine-in-snowshoes effect,” Hardage Barrett explained.

The campaign kicked off with Country Living’s October 2017 issue, said Michelle Balaz, associate publisher. “It featured a four-page print gatefold in CL’s Check List section, which highlights fun ways and products to enjoy the country each month,” she said.

“The opening spread featured a round-up of editorial selected products on how to bring the outside in inspired by a beautiful autumnal lake scene. There was a call out on the product page (within image + product spread opener) that invited readers to turn the page for more picks to set the scene outside.”

The December 2017 issue features the brand’s iconic tote bags on a special second cover which opened to reveal six die-cut illustrated gift tags that served as gift vouchers and ”Be an Outsider” messaging, encouraging readers to give the gift of adventure. (The wrapping paper motifs also reappeared on the tear-and-save gift cards.)

“Our December issue always features a holiday gift guide (as most magazines do), so when we became aware of L.L. Bean’s “Be an Outsider” campaign, we thought it would be fitting to encourage readers to Think Outside the Box when it came to holiday gift-giving—showcasing great gifts that encouraged outdoor adventure presented not in boxes but in the brand’s iconic Boat & Totes,” Hardage Barrett said. 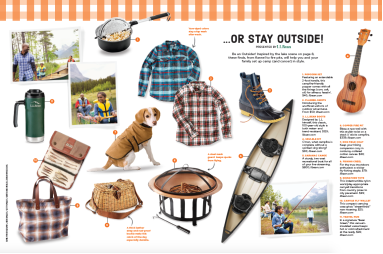 “We knew our December editorial cover was likely going to be an outdoor scene, so we photographed the L.L. Bean cover unit in a similar snow-covered setting, complete with a custom outdoorsy wrapping paper featuring canoes, boots, and other on-brand elements,” Hardage Barrett said.

The campaign also included elements that ran across digital and social platforms, including custom GIFs for Country Living’s Instagram. 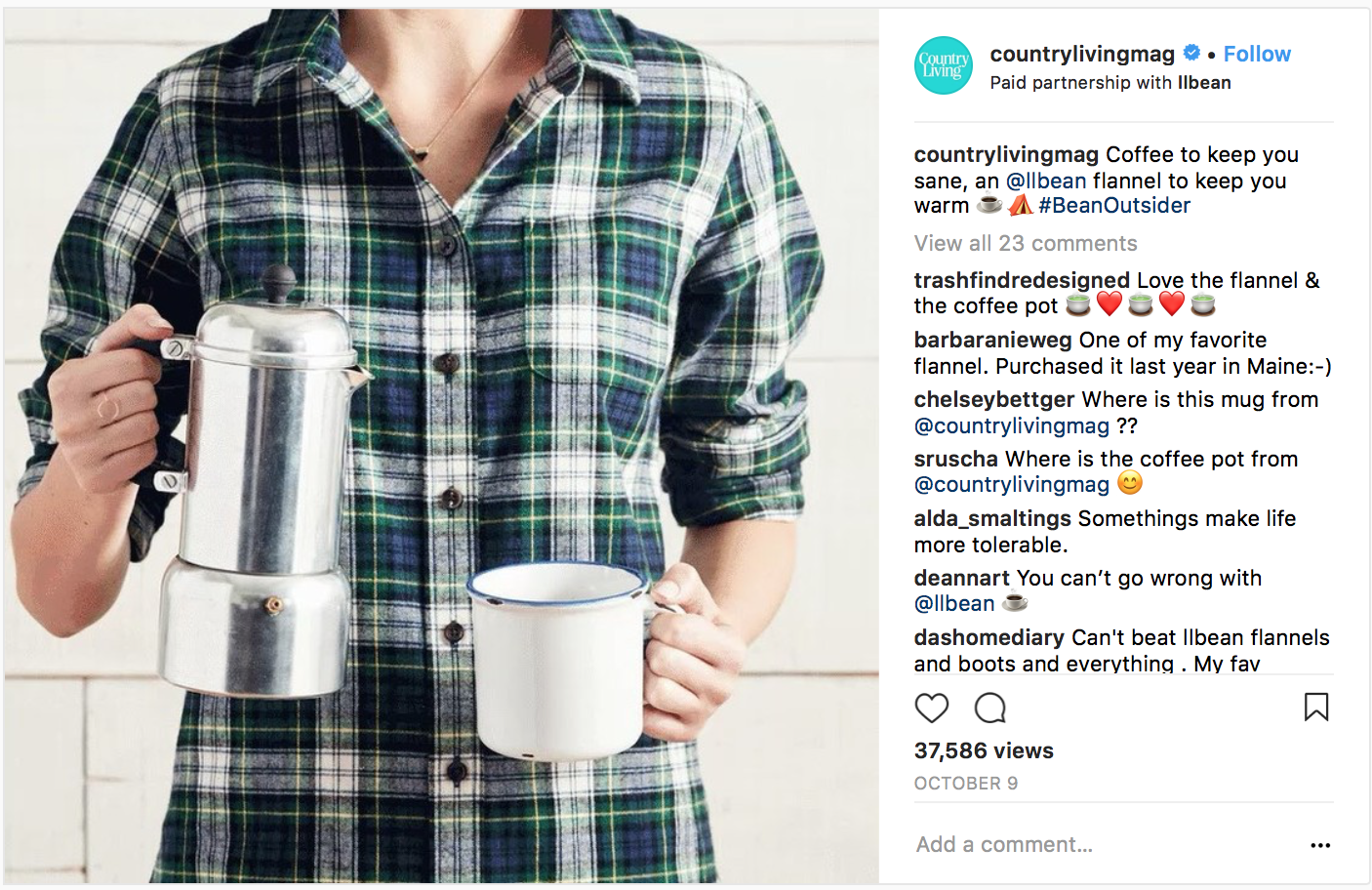 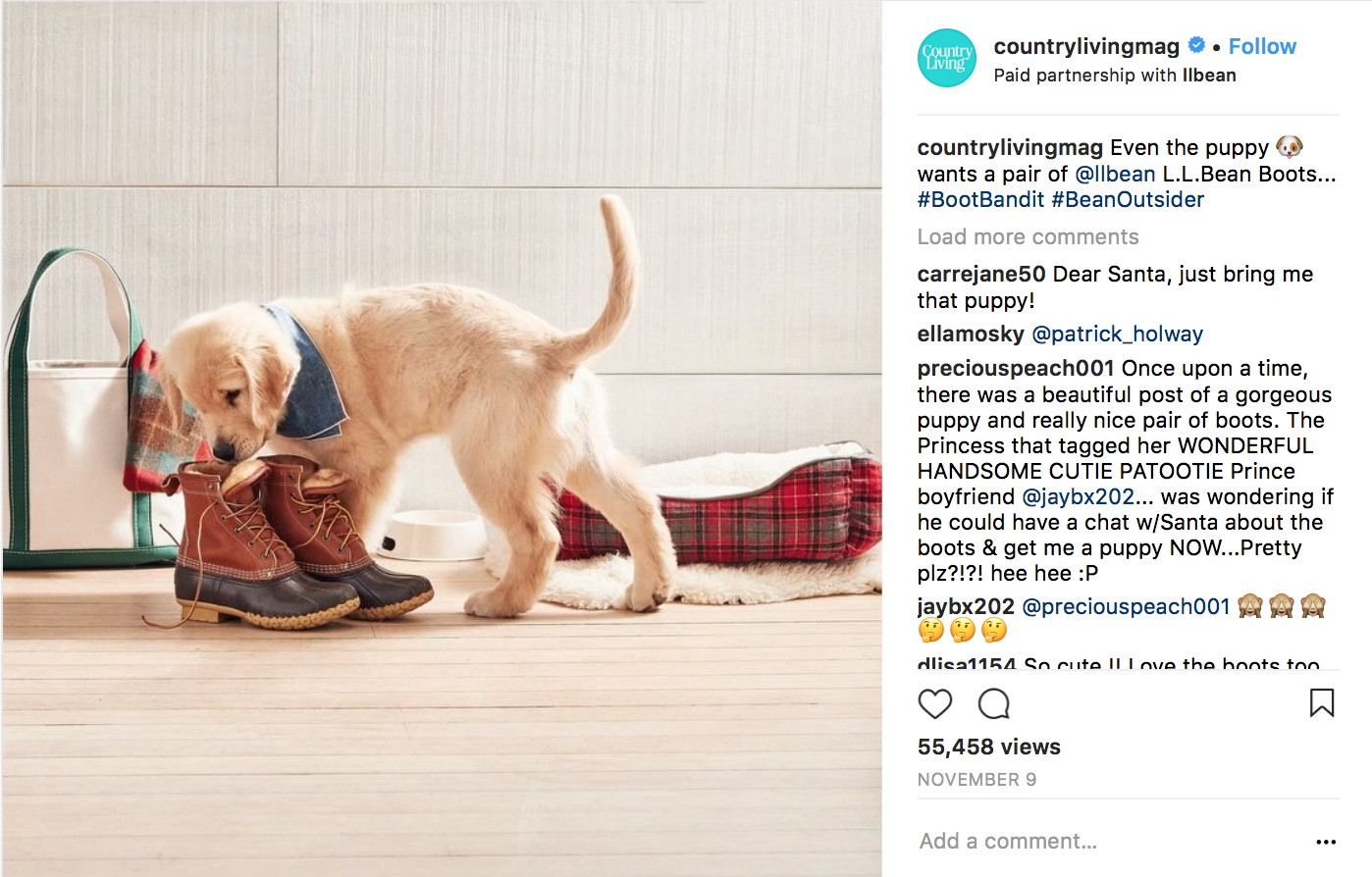 The campaign was such a success that the brand would absolutely partner with L.L.Bean again, according to Balaz. “What made this a good fit is literally the audience,” she said. “Our audience is their audience, period.”

According to Michelle Balaz, one takeaway from this collaboration, “is the importance of understanding what your client needs and simply delivering on that,” she explained. “Focus, flexibility and collaboration are key to the success of advertising partnerships and the colleagues you work with. And don’t overthink it. Stay consistent and deliver.”