The popularity of streaming services such as Netflix and BBC iPlayer have helped to drive up adoption over recent years. Mobile video watching, which includes smartphones and tablets, is also a huge driver for video uptake. This year UK consumers will spend more than 27 minutes watching digital video through a mobile device daily compared with nearly six minutes a day five years ago. 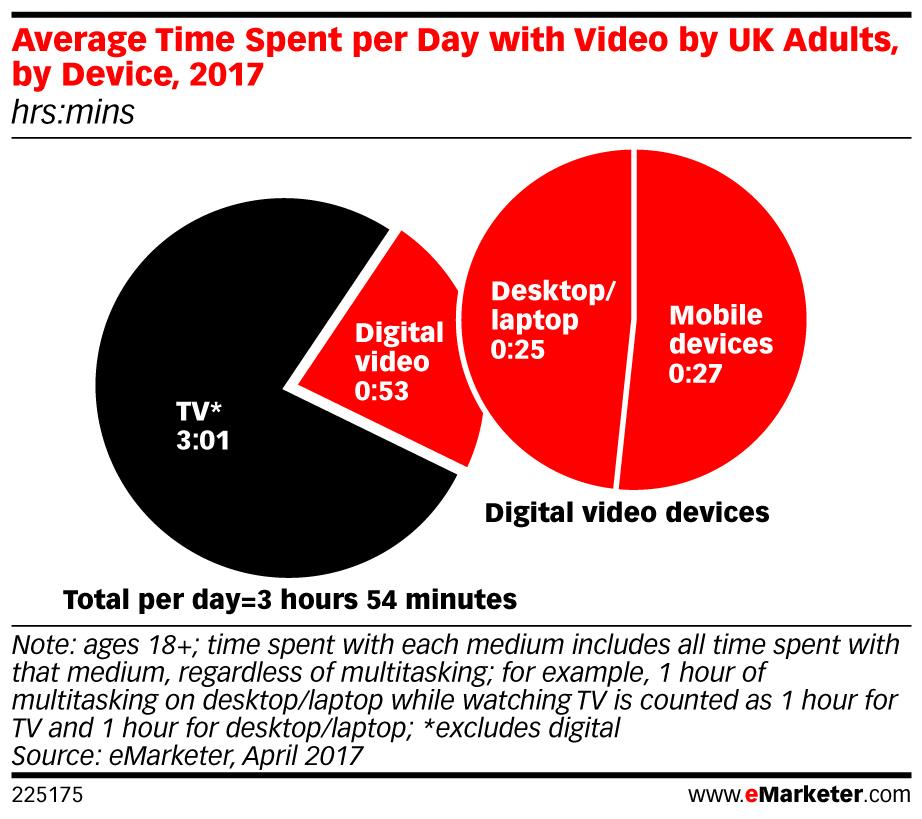 In a further sign of digital video’s strength, it is the one desktop/laptop element that will grow rather than shrink through most of eMarketer’s forecast period. Daily time spent with desktops/laptops began to recede in 2015 and last year time spent with mobile devices overtook traditional computers for the first time. Viewing digital videos through a desktop however will grow this year by two per cent to reach more than 25 minutes per day.

“UK adults’ love affair with the small screen has translated into the digital realm,” said eMarketer’s senior analyst Bill Fisher. “Whether they’re consuming digital video content via their smartphones, laptops or smart TVs, the average time spent with video content continues to rise. Small declines in time spent with traditional broadcast TV are being more than offset by growth in TV-like content on other platforms.”

As previously noted by eMarketer, consumers will continue to spend more time with their mobile devices, and the percentage of ad spending allocated to mobile will rise at an even faster rate. This year mobile’s share of advertising spend will account for almost two-fifths. By 2019, more than half of advertising budgets will go to mobile. 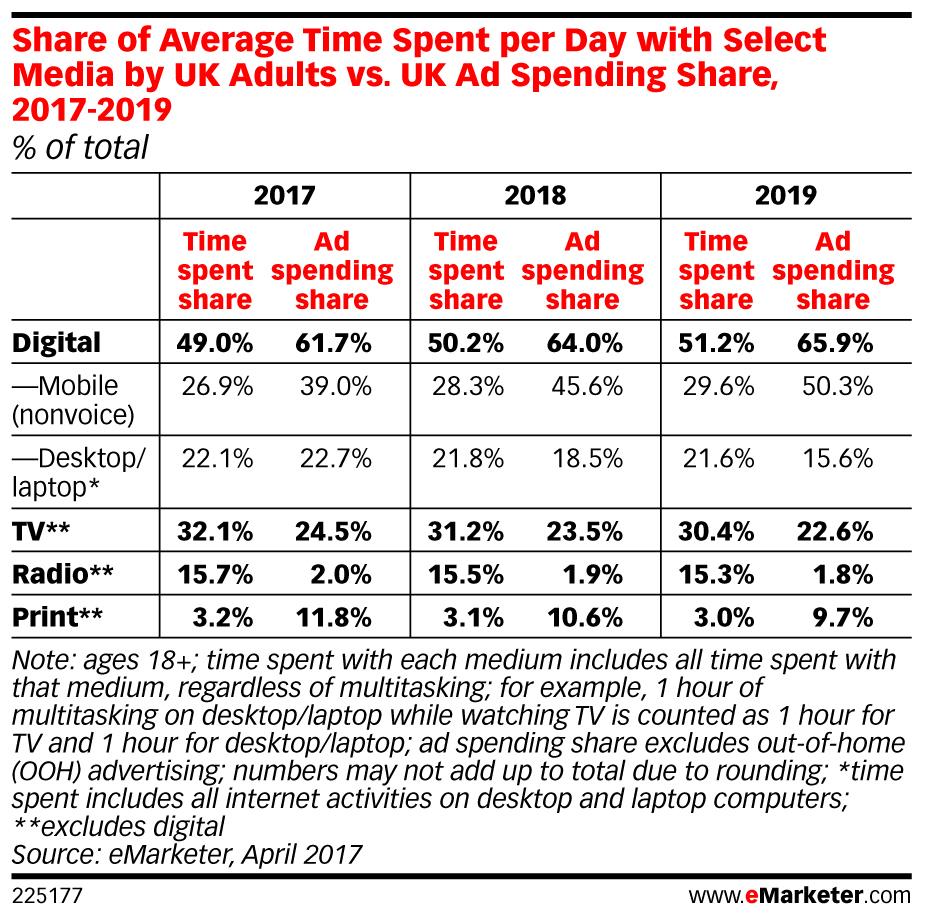 Overall UK adults will squeeze an average of 9 hours, 25 minutes per day of media usage into their waking hours this year according to eMarketer’s time spent with media forecast—an hour and 16 minutes more than five years ago.

eMarketer: India mobile ad spending will grow by 85 per cent