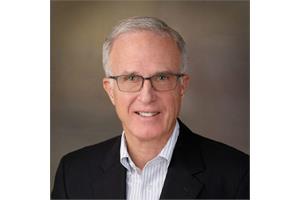 In March, I attended the FIPP Digital Innovators’ Summit in Berlin and left with the realisation that advertising-related problems in Europe are the same ones we’re facing in America: media fragmentation, a failing business model, fraud, and the emergence of social platforms that distribute our content for free and control the ad spend.

***Written by Jim Elliott and originally published by Ads&IDEAS, a division of the James G. Elliott Co., Inc. Read the original article here.

This led to a decline in ad dollars for virtually all content creators. The myth perpetuated by the platforms was if you build a social presence-, the audience—and business model—will come. It turns out the only business you built was theirs.

The roots of this situation go back years. It’s taken us 25 years to understand it. Consumers need to pay for content. And that’s not what Google and Facebook want. They alone account for more than 60 per cent of all digital ad dollars spent. But now, at events like the Digital Innovators’ Summit, we’re seeing signs of new approaches.

I spoke with FIPP CEO James Hewes about the media and advertising environment. Here’s a transcript of that conversation, edited for length and clarity by Ads&IDEAS editor Tony Silber.

At FIPP’s Digital Innovators’ Summit, the successful media brands were not saying things like, ‘When print dies…’ I didn’t hear that once. We hear it regularly at the Folio: conventions. The Europeans integrate print with other media. Why is it important for Americans to watch the European magazine market and vice versa?

American brands are the first to test the consumer appetite for paid digital content. If you’re a European publisher, you’re looking to the American market to see how possible it is to charge consumers for content. And if you’re an American publisher, you’re going to look to the Europeans and see that they have a multiple-revenue-stream strategy. In Europe, there is less thinking that says print is dead. The conclusion we came to is that the two markets are now converging. There are increasingly less peculiarities among markets. They’re worried about the same things—we all for the first time can learn from each other.

In the case of the US magazine business, we have breadth and massive audiences compared to the European businesses I’ve worked with. But the Europeans have always been more technologically adept. They’re way ahead with mobile. That’s a huge advantage.

Hewes: In Europe, the rush of getting people into phone contracts was accompanied by giving them a phone. They did it every two years. And it was combined with phone-based messaging — no one in America uses WhatsApp, but in the rest of the world everyone uses WhatsApp. In India, for example, WhatsApp is even used for products and services. And yet here, that’s unheard of.

A number of large tech companies bought smaller tech companies and then bastardised them or got rid of them. We used to use Groove for data transfer. And then Microsoft bought it, wrapped it into their tech suite and ruined it for us.

Maybe there’s something about European consumers and businesses being willing to switch away from what they’re used to. When you think of the Microsoft suite of products, they’re rapidly losing ground to the likes of Slack. If Slack were to launch word processing and spreadsheets, you would see a huge problem for establishment players in Europe. Whether that would be the same in the U.S., I don’t know. 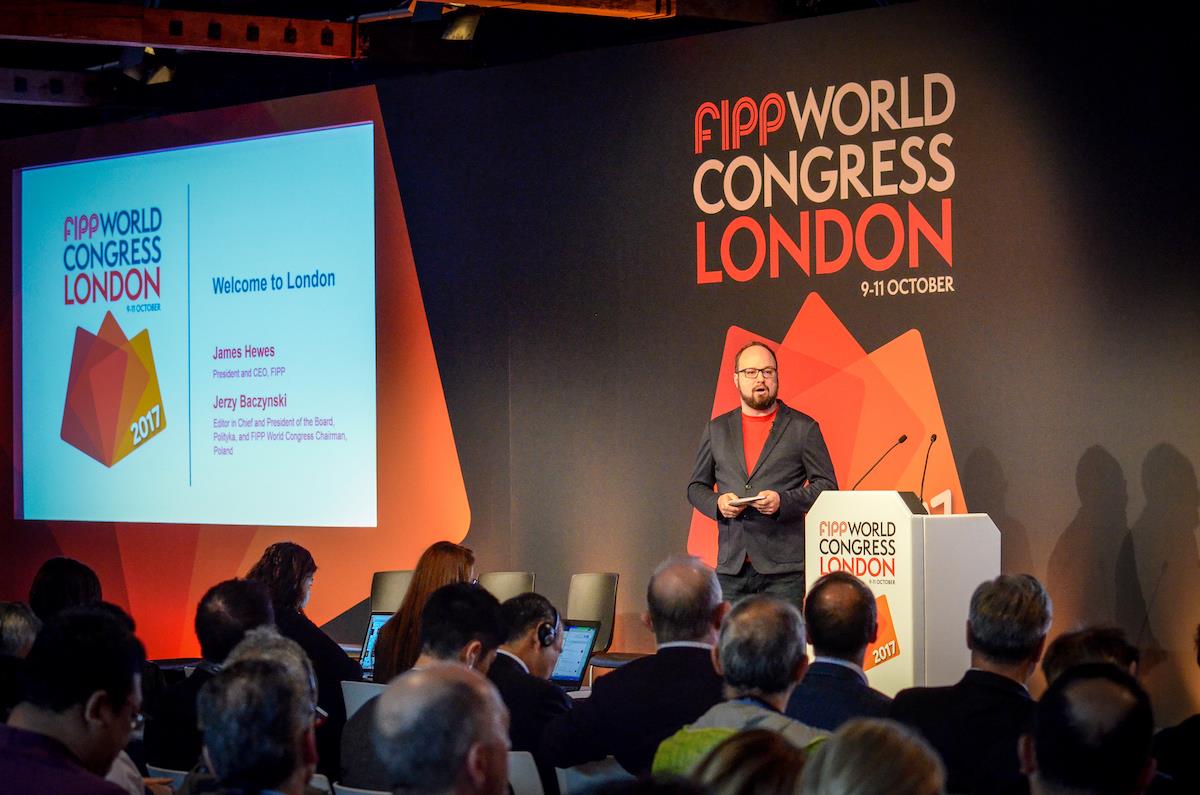 In Europe, there aren’t as many large general-interest magazines out there as opposed to special interest brands. They work their audiences into different products; they’re not interested in keeping circulations high just for advertising. Americans have a lot to learn about the European model, which is audience-first, and not worrying about advertising.

We would get BBC magazines as kids. There would always be a BBC magazine that was “home” for kids regardless of age, and the kids would pass through various magazines as they aged. For us in the UK, circulation has to be profitable. If it’s not profitable, you have to get rid of it.

What’s working in advertising given the digital environment and changing consumer habits? Is the US approach different from Europe or similar?

Those two markets are converging in how they think about advertising. The US had a more sophisticated advertising market because that was the main thing. The first priority is to continue to prove the worth of the brands. But media has gone for a number of years where both publishers and agencies have not talked about value in the right ways. That perception is starting to get addressed now. There have to be content standards and there has to be trust. And you have to adapt to new methods of advertising.

Agencies have been cutting back on personnel in their media departments. When you’re in trouble the first thing you do is reduce costs. For example, you go to programmatic. You say it’s more efficient, but it’s a race to the bottom. That said, you’re starting to see bundling become more pervasive, including native and branded content. You’re starting to see a slight change toward looking at the buy in a more holistic way, which you can’t do with programmatic.

Big agencies have an enormous problem — they are intermediaries at scale providing a generic solution, in a world where generic intermediaries are no longer i n business. They always seem to be fighting the last war or catching up. Why are they not leading the charge in mobile advertising?

In the service business, if you put a product or idea on a bell curve, it’s valuable as long as it brings innovation to the client. As it moves across the line it becomes a commodity. On a long-term basis it’s a race to death. You always have to be innovating. You have to bring something to your clients that they never would have thought of themselves.

If I were P&G, I would be wondering why I ever have to use an agency. They’re always bringing yesterday’s solutions. Digital media is actually the channel that’s hardest to measure. Magazines, TV and radio should be harder, but they’re measured pretty well. That’s being ignored.

The tech platforms have also been infected by an ultra-libertarian ethos. Don’t collaborate. Don’t care what you kill. And in the case of Facebook or Google, you could accidentally end the world. And maybe that’s another European-American dynamic. Perhaps the reason there are no tech giants in Europe is there’s more of a social conscience there. In the case of social platforms, they have to be a good thing for publishers. Facebook controls the content-distribution market online — it could control it — and it has a 25 per cent share of the digital ad market. It’s not giving content producers fair value for what they’re producing, and it’s not giving publishers any room in the ad market.

Given the flood of data and the ability to differentiate between literally millions of buyers, is it harder to come up with a universal message and selling proposition? It shouldn’t be, if your motivation is to serve your audience and not chase additional people.

You have to be conscious of the media you’re operating in. It’s a little hard to be individualised in television and radio. In digital, people increasingly don’t like that you’re identifying them digitally. They don’t like it. There’s something creepy about it.

The fraud, waste and privacy concerns in digital suggest that print advertising should be a more hospitable place for both reader and advertiser.

There is a swing back to print, yes. However, it’s not going to replace digital. And all these issues around privacy are going to get worse before they get better.

You look at channels together. What’s the job to be done for the audience? How do you make money?

The digital advertising model is only wrong if it’s the only thing you’re depending on. You’d like to have a balance. To use an example, BuzzFeed. Digital advertising was their only revenue stream. If you rely on one source of revenue, that’s not a clever start. Ever.

And if they make some money, these digital media companies don’t do what the original TV and magazine players did. They don’t invest their profits in the business. They give it to their equity partners.

They’re understandably focused on delivering to the VC, but it’s not a sustainable model the way it once was.

One last question: Why should I spend my money to go to your November FIPP conference in Las Vegas?

Because you might just learn the one thing you need to grow your business or you might meet the one person to help you make more money. At FIPP we love journalism and editorial, but we’re about keeping you number-one in your field.

***Jim Elliott founded outsourced sales company James G. Elliott Co in 1984. Since then, the company has generated an estimated $650 million dollars of revenue for more than 400 brands. In 2016, the company created a new division, Ads&IDEAS, that supports publishers and media owners with consulting and advisory services. Originally a media industry executive, Jim now serves on the boards of Connectiv: The Business Information Association and the Magazine Innovation Center at the University of Mississippi’s Meek School of Journalism and New Media. He recently received the First Annual Mitch Mohanna Lifetime Achievement Award from Association Media & Publishing recognising his outstanding career and service to their board.