Data privacy was a hot topic of discussion at the FIPP World Media Congress, held 12-14 November, 2019 at Planet Hollywood in Las Vegas. The panel included Ting Cai, Partner Director of Product and Technology at Microsoft, Brigitte Gwyn, EVP Government Affairs at MPA, and Jean-Paul Schmetz, Founder and CEO of Cliqz, a division of Burda, and was moderated by Martha Stone Williams, the CEO of World Newsmedia Network. Panellists discussed the state of privacy on the internet, policy measures around the world, and outlined the top three things magazine media can do to bolster their privacy practices.

Martha Stone Williams, the CEO of World Newsmedia Network, presents the panel: (from left) Brigitte Gwyn, EVP Government Affairs at MPA; Ting Cai, Partner Director of Product and Technology at Microsoft; and Jean-Paul Schmetz, Founder and CEO of Cliqz, a division of Burda.

Hurbert Burda Media invested heavily in privacy and anti-tracking technology 10 years ago, explained Jean-Paul Schmetz. “Our main focus was to prepare for the shift to AI and essentially look at the data landscape. But we started to collect data to study it, to see whether it could help us. And it was pretty horrific what we found.”

“When it comes to user privacy, users can block and should probably block. And so there's a lot of things that need to occur on users' devices if they want to block something. We have to make sure that the blocking is possible,” he said. “In the industry we talk about ad blocking, which we consider to be not so great, but the user has to have decent control over their own devices,” he said. “If not, we're going to end up driving data to twenty third-parties, without any influence over who they're talking to.”

The other side of the privacy problem, explained Schmetz, is what magazine media have allowed trackers to do in their medium with data. “You can only control the trackers on your site,” he said. “Think about why they're there and whose interest they are representing. Do you have a contractual relationship with them? Do you think about why they are there and what are they doing?”

For example, behind the scenes of an article Schmetz showed, multiple ad exchanges beyond ones publishers had contracts with had exchanged information about individuals. “We have allowed people on all mediums, to come into that conversation between a publisher and their readers, and learn a lot about individuals. This is breaching all privacy,” he explained. “If you invite a product into your webpage to earn a few more cents in revenue, this product can invite other products. The chain never ends.”

The first thing that magazine media can do to bolster their privacy practices is regain ownership, or sovereignty, over their own data exchanges, Schmetz said. Tools like Ghostery, a German search, browser and data protection technology company owned by Hubert Burda Media, can show what publishers don't normally see and regain control over the data that is being leaked from webpages.

The second thing that magazine media need to do to bolster their privacy practices, according to Brigitte Gwyn, EVP Government Affairs at MPA, is to be clear and concise communicating with their audiences on what their policies are.

In the United States, 12 states considered some form of privacy legislation this year, explained Gwyn. Of the 12, three of those states - Maine, California, and Nevada - actually passed legislation, and while they had some similarities, they also had a lot of differences as well, which will have to be managed by magazine media companies, she said.

“We are seeing a lot of activity at all levels of government right now,” she said. “We had 12 states discuss privacy in 2019, I think we could see even more in 2021.  I think we really need and where the discussion needs to be happening is at the federal level.”

Gwyn explained that in the future, the industry could see privacy legislation in all 52 US states.

“Washington state in 2019 and very likely next year will consider again a GDPR-like proposal. It was debated this past year and actually didn't go anywhere, but we anticipate that it will come back again next year,” she explained. “In addition to that, both Chicago, Illinois and New York have already been discussing and I anticipate we'll see privacy legislation in both of those states.”

To date, Gwyn noted 70 pieces of legislation dealing with privacy introduced in the United States Congress. “The problem is not any of those are bi-partisan, which is the only way we're going to see legislation move through the Congress. In addition to that, there's seven committees that have been focusing on this issue. There've been over 20 hearings and I anticipate that will continue.  The question is, can they take those hearings to the next level, introduce a bipartisan bill and move that to the Congress?”

In addition to Congress, Gywn explained that there are a number of federal agencies and departments that are focusing on privacy legislation and data privacy frameworks. “Bottom line is there's a lot of different issues that are happening at different levels of government,” she said. 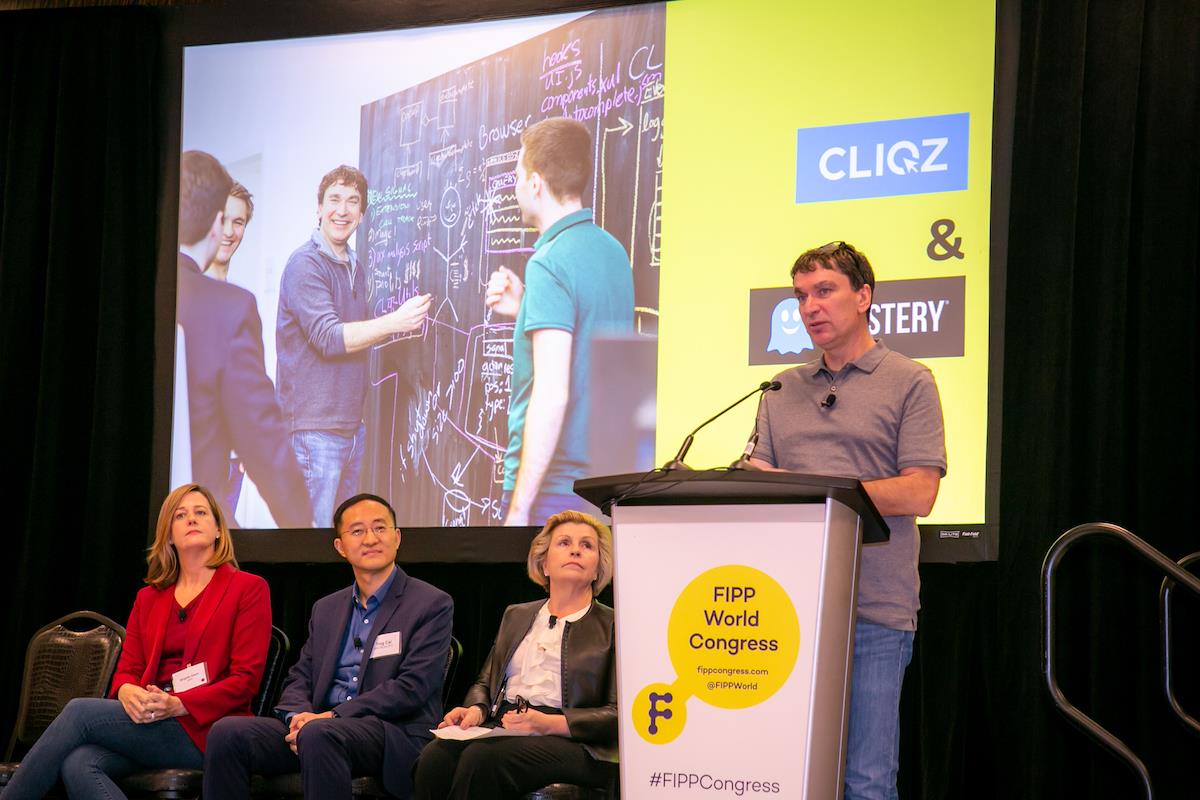 “The obvious question that we all ask ourselves is what are the tech giants doing in terms of privacy because there seems to be rather squishy policies going on with the likes of Facebook and Google for example. I think Microsoft really prides themselves on really focusing on trust as one of their foundational issues,” Williams said.

According to the Reuters Institute for the Study of Journalism's 2019 Digital News Report, based on an online survey of 75,000 people in 38 countries, 55 per cent of people expressed concern about their ability to separate what's real and what's fake online. Some aren't confident in their own fact-checking abilities, about what they're seeing, and they're spend a lot of time trying to find news they can trust and researching different sources, Ting Cai outlined.

Microsoft has done a lot of research on consumer needs in terms of privacy and trust, Cai said. “This is kind of where we see there's opportunity to help users to get credible information from multiple sources by bring them more transparency, more diverse content, the more credibility from people and from publishers,” he said. “ So this is an example of what we are doing on Bing. We separate out opinions versus news, very clearly, that brings transparency of the nature of the content to our users.”

Working with the Trust Project, an international consortium involving approximately 120 news organisations, Microsoft's Bing works to bring a variety of sources to users, Cai said. “We invested a lot in our quality... and separate the high quality publishers and also from low quality content in order to promote and amplify a credible voice to our users.”

As an example of what Microsoft is doing to respect consumer privacy and bring transparency on what data they are collecting and how that data will be used, and give consumers choice in how they want to use the search engine, Cai revealed Bing has a new private mode.

“In a private mode we don't track your search history, you can search your private queries and once you are done, you can hit a button and all the content will be erased,” he said. “We don't keep track of any of the queries that you search within that session.”

The third thing that magazine media companies can do to bolster their privacy practices, is that security, regulation and policy could be opportunities. “There is an increasing awareness of consumers on privacy and this could be a great business opportunity in privacy,” Cai said. “Privacy could be a product differentiation for you to grow the business.”