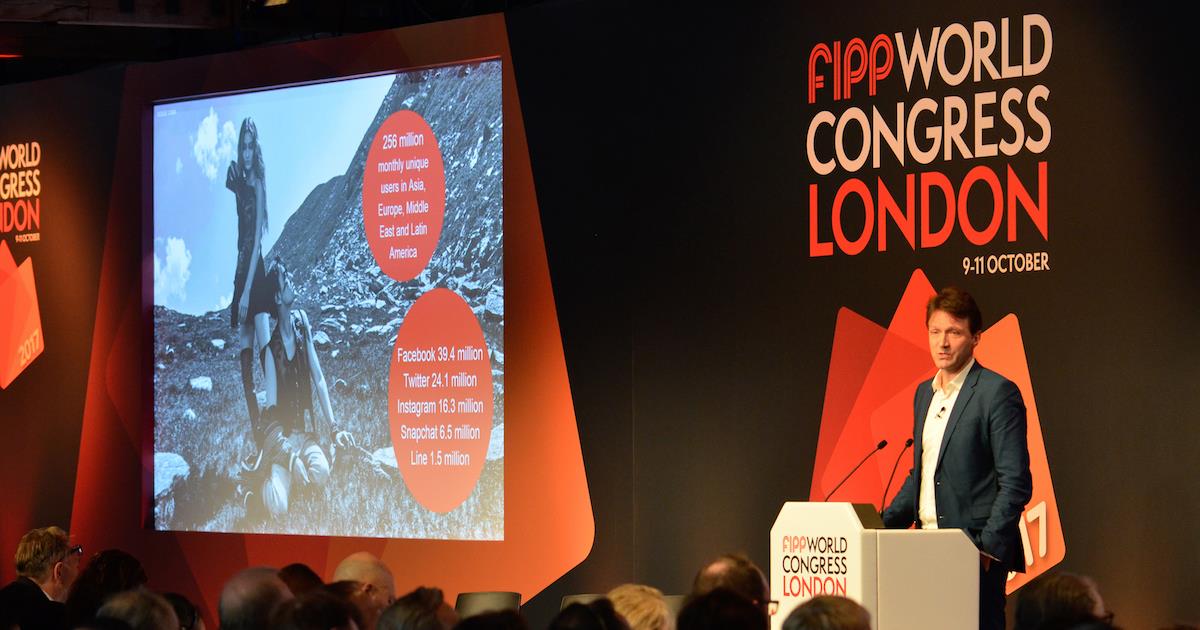 Condé Nast International, based in London, is as sister company of Condé Nast US responsible for overseeing and coordinating wholly owned companies in 11 countries, including China, Japan, Taiwan, India, Russia and various countries in Europe and Latin America, while also managing licensed partners across the globe.

With brands that “hold enormous authority”, such as Vogue, Wired, Vanity Fair and The New Yorker, Blau gave attendees at this year’s FIPP’s World Congress in London a unique insight into some of the quandaries of international brand building in a presentation later rated by delegates as one of the top ones at the event.

Blau explained that some forceful “drivers of change” are continuing to demand new ways of making sense of existing operating models while new opportunities continue to arise. He used Vogue International as a case study of how business models are changing.

Described as their “flagship brand”, Blau said Vogue was extremely successful in organising itself internationally in a siloed way, producing separate editions focussed on each country. It worked so well that consumers often purchased several editions from different countries simply because the content in each was so differentiated and unique.

This even worked digitally, he said but “now we are looking at how to make sense of this in a world where there are forces forcing us to change our operating model”. Describing these forces as “drivers of change”, Blau focused on two, which made them rethink their content distribution and international organisation:

“It might not be huge numbers compared to platform companies but it is inevitably important for us to know who we reach, who we interact with and who sees us as part of their community….”

From social media numbers they have learnt many lessons. Focussing purely on Instagram, they realised that a minority (20 per cent or less) of each country’s Vogue Instagram account users are from that specific domestic audience. “So even if it works in a magazine world and maybe even in a website word where the majority of your audience tends to be domestic, it no longer works in the social (media) sphere… “

This demands that they coordinate content between country accounts to avoid confusion. “You might find that fans of Vogue India follow Vogue in the UK, Spain or Mexico because it is such a visually driven medium across any language borders.” Blau insists that this creates not only a challenge for brand management and brand cohesion but also opens up new opportunities. “If you coordinate these Instagram accounts in a way that does not flatten the Earth to make them all look and feel the same… you can start to take advantage of synchronising hashtags for events or forging commercial partnerships globally across all our Instagram accounts.”

This, he said, presents a great example of how the world “has changed into two simultaneous realities for a brand”: print taking advantage of country by country operation and much greater global coordination for digital and social. 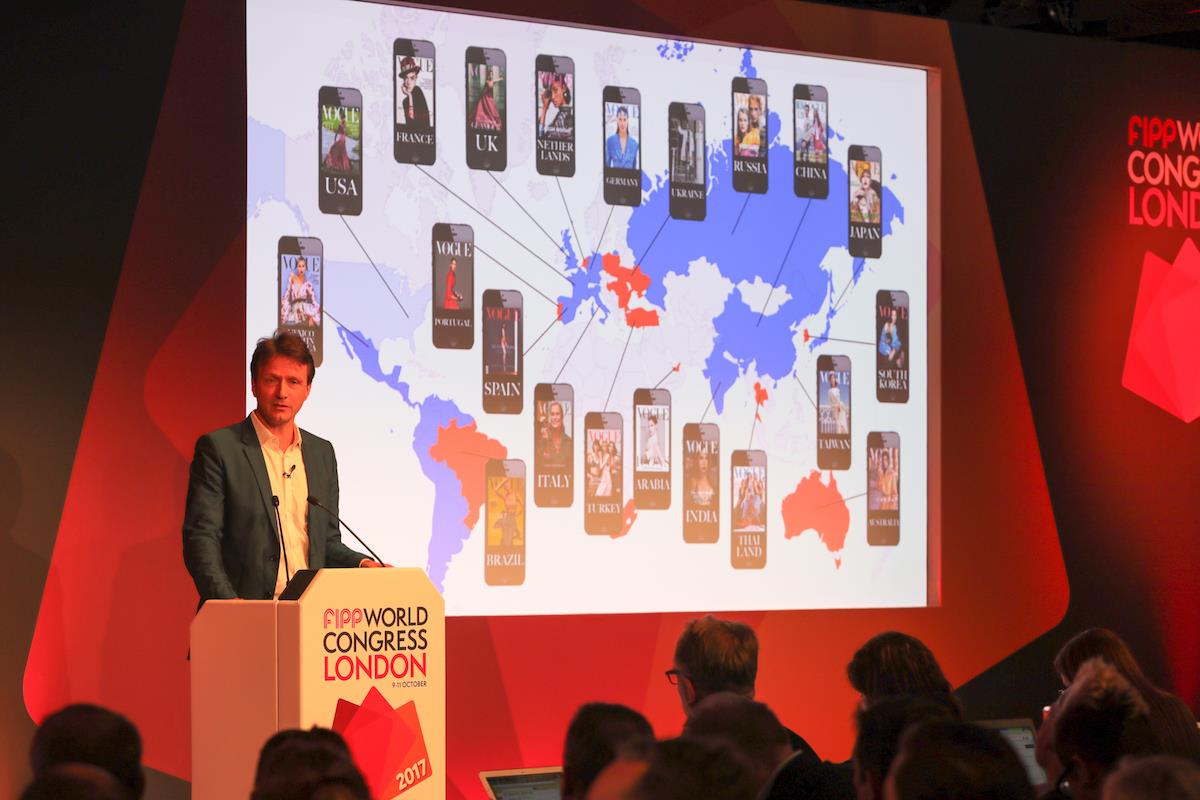 Digital publishing, Blau warned, is fast becoming “just as expensive as print”, despite the fact that there is no printing or distribution cost. This is because “it requires so much to have the analytics and data infrastructure and teams that can make sense of it”.

In addition, to make sure you have pages that load fast enough and keeping on top of several additional technological advancements and requirement, publishers find themselves in an expensive “arms race”, he said. Running 25 content management systems for 63 websites just does not make financial sense any more. It is for this reason that Condé Nast International is migrating all of their brands into one joint content management system at the moment.

To complicate this huge task, there is also the reality the world is seeing two separate internets evolving: the American, or Western, owned internet of Facebook, Google, Amazon and Apple, and the Chinese controlled internet, which is largely “under-covered” in the European and American trade press, “but is showing significant innovation”.

The problem, said Blau, is that brands in Latin America, Africa, the Middle East, Southeast Asia and even parts of Europe are steadily “being squeezed” between these two “internet realities” and losing out on potential audiences in the process. He thinks that to be a truly global publisher and succeed publishers need to have a strong market position not only in the US or China but “ideally in both”.

In general, Blau said, the publishing industry will need to innovate and optimise at the same time. To do this there are three minimum requirements:

As for optimising new income opportunities, Blau said too much attention has been given to the statistic that 99 per cent of new digital advertising supposedly went to Google and Facebook from 2015 to 2016. While this “does not look as radical any more” in 2017 “we tend to forget that the remaining one per cent that did not go to Google or Facebook actually grew from $4.6 billion to $4.7 billion in the US alone”.

This means there remain growing opportunities for digital display advertising. “Tell me of another business of that size that you will happily walk away from. There is room for high quality digital advertising for publishers,” he said.