The site is the brainchild of Hearst executives who wanted to see how the company could connect product recommendations and content with what their audience was searching online, explained Patrick Varone, vice president of audience development and bestproducts.com.

“We had the editorial expertise across all of the portfolio at Hearst Digital Media, but we really wanted to learn a bit more about how our readers shopped online and if and when we could help influence those purchases,” he said.

Bestproducts.com, which was based on data and research on what audiences were most interested in, started with seven verticals, and in the three years since, have expanded to 11 including tech, fashion, beauty, parenting, home decor, men’s style and travel, among others.

“Our editors research and test and choose the categories and content,” Varone said. “We pride ourselves on the fact that we 100 per cent hand-pick all of the products that you see on the site.”

The core of the site is product reviews. The editors, combined, spend hundreds of hours a week researching products and conducting hands-on tests, study market research, interview industry professionals, review consumer feedback and write up their findings into digestible reviews that they think the audience will find helpful, he said.

Varone explained that they have been introducing things they want to celebrate, for example, the best pizza places in New York or the scariest places to visit in the US for Halloween. “We try to stay true to what we do, day in and day out, but we also want to be able to create content that is supplemental to what shoppers are looking for, or interested in.

“It has been totally successful from a revenue standpoint,” Varone said. “We pride ourselves on being able to turn a profit seven to eight months after we launched. That was really exciting for us. The site is also successful from an editorial standpoint, from a consumer and a reader perspective.”

Varone said that the challenge is to grow and to get better at what they’re doing right now. “So, how do we make our content better and how do we raise the bar for ourselves and how do we better connect with the people who are on our site who are looking to make that purchase decision?”

As a testing ground for Hearst, the site takes its ecommerce learnings and shares what works with the rest of the company.  “We’ll test out new templates, for example, where we have five of our best picks up top, with super digestible information,” Varone said. “Because we want to cater to users who are mid-funnel and end of the funnel at the same time. If they want a quick recommendation, here is our pick. If they wanted to learn more about those recommendations, scroll down and they’ll get more of an in-depth review.”

Varone said they’re always testing new things, and when they discovered they could cater to both types of readers, were able to roll that across the rest of Hearst’s sites, so they too could better connect with their readers who are also shoppers. “We also share things with them that are not working for us,” he said. “If there are other brands, like Good Housekeeping, who want to try out a new template, we can let them know why it didn’t see conversions go up, or perhaps users weren’t interacting with it as much.”

One of the biggest things they’ve learned at bestproducts.com, according to Varone, is trust. 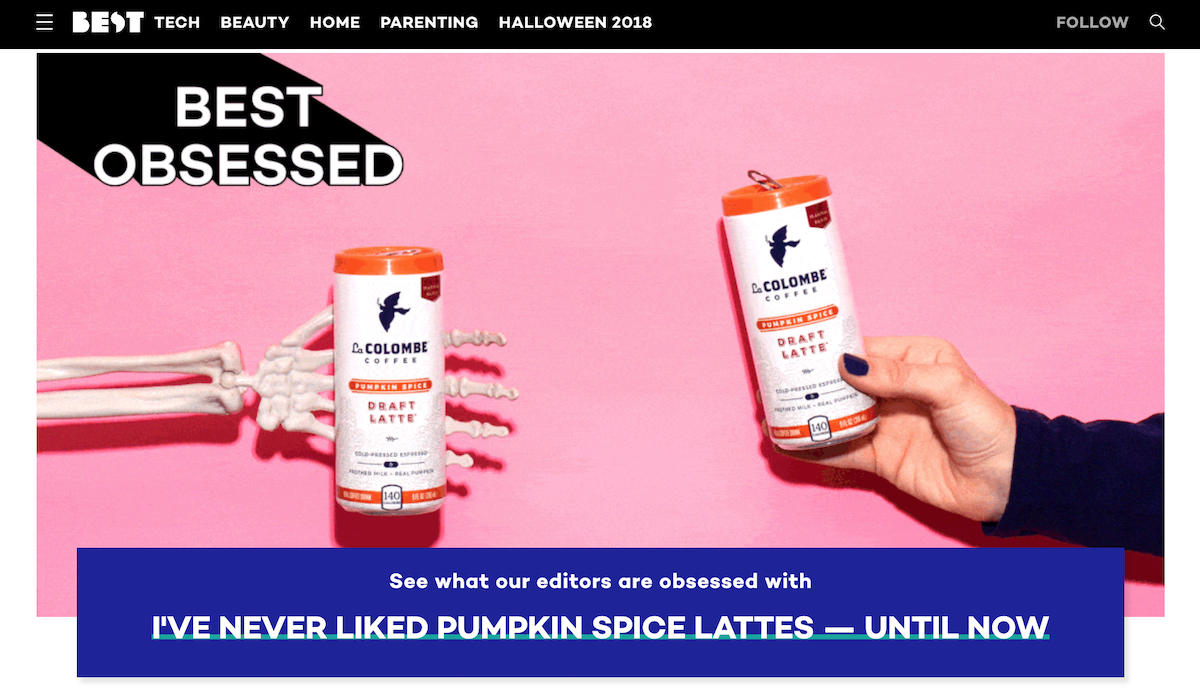 Secondly, Varone outlined that they changed their strategy in response to the insight they’ve learned about their audience members. “We learned that sometimes our audience doesn’t want the bells and whistles, and there are other people who literally want all of the bells and whistles and really want to read that in-depth review,” he said. “Sometimes they’re a little more of an enthusiast, for example, so, we learned that we don’t want to exclude anybody, and changed our strategy to target people in the mid-funnel and at the end of the sales funnel.”