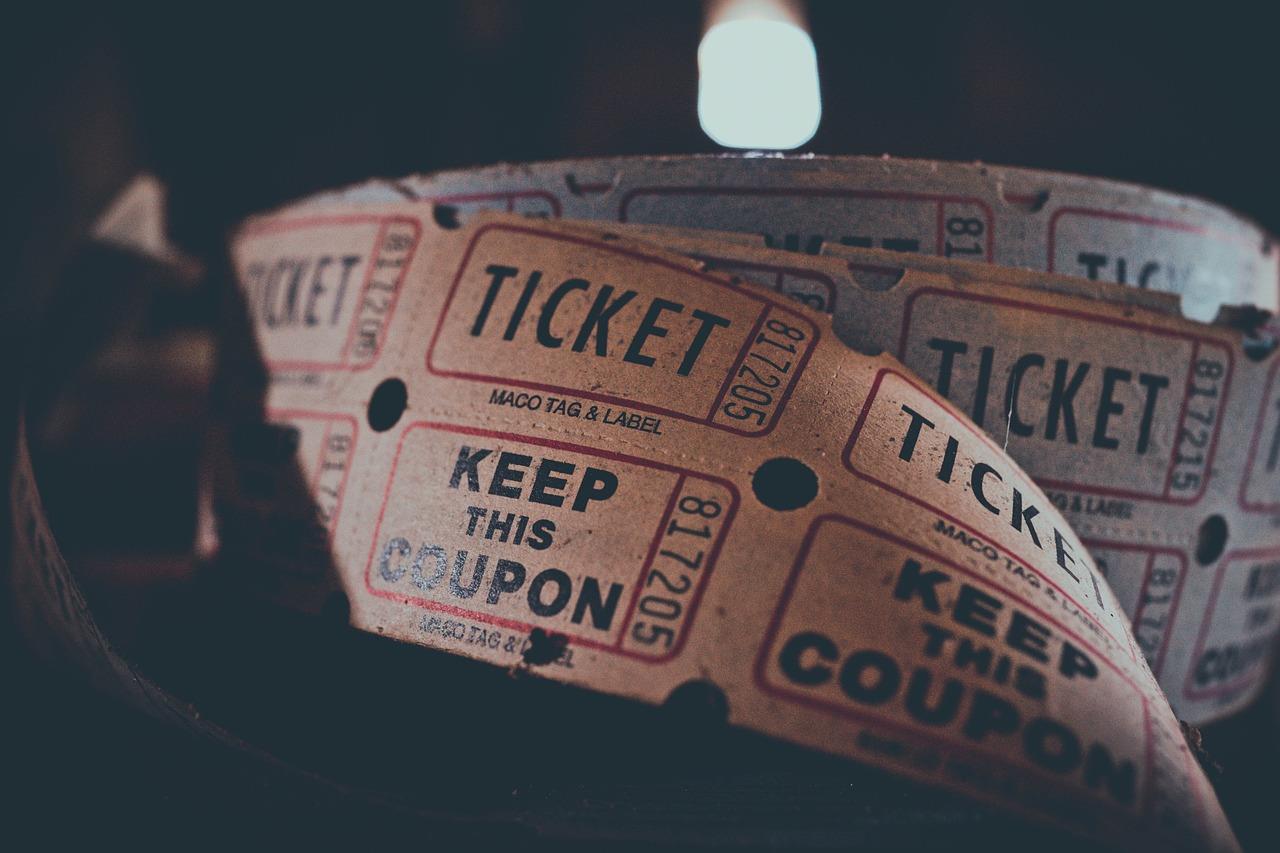 Tomorrow: For one night only, Financial Times reporters are taking the stage, bringing their stories to life in a live theatre performance,  at the Guildhall School of Music & Drama in central London.

Live journalism, where spoken word, multimedia and feature-length stories are performed in person, integrates performance art, theatre tech and in-depth quality journalism. The format engages audiences in new and different ways  and broadens their perceptions of what journalism is about. It’s been called a new genre of “extreme engagement,” and was a hot topic of discussion last week at the International Journalism Festival, in Perugia.

The concept has taken off in various countries around the world. In the US, Pop-Up Magazine has been performing live journalism across the country since 2009. Then, there’s Live Magazine in Paris founded by former Nieman Fellow Florence Martin-Kessler. In Spain, Diario Vivo was co-founded by François Musseau and Vanessa Rousselot. In Denmark, launched in 2012, long-form subscription-based site Zetland performs live journalism events with its Zetland Live.

CEO of Live Magazine, Florence Martin-Kessler, had heard of of the Pop-Up Magazine format when she was a Nieman Fellow in 2010-11 and drew inspiration from the production. “I thought the idea was brilliant,” she said in an interview from Paris. “I had met the co-founder of Pop-Up Magazine, Douglas McGray and he encouraged me to start it in Paris, which I did.”

“Live storytelling wasn’t as big in France five years ago, when I started,” she said. “It was pretty new.”

Since then, Live Magazine has hit the stage in four countries and 16 cities in Europe, has reached an audience of 40,000, and partnered with Agence France-Presse, Le Monde, Le Temps, Les Echos and J’aime Lire, and with a children’s edition of Live Magazine for 7-12-year-olds in partnership with Bayard Jeunesse. Later this year, Live Magazine will also be on stage in Italy and the Netherlands.

Live magazine has a tone that is a bit humorous, and Martin-Kessler said it can be a bit poetic and experimental at times. “It’s a bit fragile and ephemeral. We don’t record anything, and people want to have this here-and-now experience.”

Off the page for the FT

Renée Kaplan, head of audience engagement at the Financial Times, drew inspiration from Live Magazine, which she saw in Paris a couple of years ago. “I just found it so compelling for its immediacy, for the power of live storytelling, for the privilege and intimacy of seeing the journalists who for so many years we’d only ever read,” Kaplan explained. “I always thought, in the back of my mind, it would be cool if we could create an FT version and FT live version.”

Tomorrow will be the the first time The Financial Times has ever done live journalism – its theatrical premiere, Kaplan called it.

The production’s cast is editorial – journalists, columnists and an illustrator – will perform pieces of original content, reporting and commentary, live music and multimedia, covering a diverse range of topics – from the fall of oligarchs to the Oxford rivalries of famous politicians, according to the release.

“There is an appetite for this,” Kaplan said. News readers and consumers are becoming increasingly saturated with digital content and struggle less with access, than ways to filter what they’re seeing, viewing, reading, consuming and surfacing. “I think there’s almost a sense of relief, reprieve and gratitude, that there’s a non-digital space with which they can be engaging with journalism, but in a way that is almost permission to put their phones down.”

Live journalism is about the power of connection, Kaplan said. “It’s memorable in a way that reading a story isn’t. One of the interesting and important differences between events and any other form of journalism is the fact that there is a person and a personality and a sense of connection.”

This stage event aims to humanise The Financial Times’ journalism, and put faces and personalities to their content.  “The objective is always about trying to reach people who may not necessarily have engaged with our journalism in its more traditional format, but also reaching people who already do and connecting with them in a different way, more powerful way, a way that actually might broaden their perception of what we’re about,” Kaplan said.

In the process of putting this experience together, in partnership with Live Magazine, is that it has allowed the FT’s journalists to think totally differently about audiences, Kaplan said. “The reality is, most multi-platform journalists think about readers and listeners and viewers, whatever their medium is, and we’re now able to sort of gauge the impact and success of our journalism based on who our audience is and how relevant and successfully we’re reaching them,” she explained. “But, they’ve never had to think about a live audience, they’ve never had to think about ‘what changes about my journalism if I’m having to think about the intensity of the connection of a live audience?’”

FT On Stage has been a helpful experience for the journalists involved, to rethink their own journalism,  “and just think of it more as storytelling and as a vehicle with which they are trying to connect with an audience,” Kaplan said. “They also think about what it will mean to have a live audience in front of them and the instant reaction they get from a live audience.”

Six years ago, Fatah heard about Pop-Up Magazine’s live journalism in California, and thought that Toronto would be an interesting place to produce live journalism content.  “I started working with a couple of people and thinking about what would this look like and how would we adapt it, and what are the questions we need to be asking?” Fatah asked. “What is the role of the journalist in this process? How do we do fact checking? How do we make sure we’re telling a story and not overdramatizing it? How do we include performance and production as a natural element? And fundamentally, how do we have live journalism become a way in which we repair some of the damage that exists today in terms of trust with audiences?”

The result is a supercourse from Ryerson’s Faculty of Communication & Design (FCAD) and London South Bank University (LSBU) in Newington, London, that challenges students from diverse programs to work in creative teams on an interdisciplinary project. In this case, the course asked students to take an editorial idea for a narrative and turn it into a live performance.

Stitched! is a kind of live documentary form of journalism, Fatah said. “It’s stitched on a number of different levels. It’s stitched in terms of the teams that are coming together to collaborate, to work together, to understand how to bring it to life on stage. It’s interdisciplinary stitching, it’s content stitching, it’s diplomatic team stitching. It suited the concept really well. That being said, I’m sure some people think it has to do with needlework or embroidery,” she said.

In the first effort, the student team didn’t have a journalism student sign up, but they still went ahead with the project, which was interesting but lacked the power of storytelling, Fatah explained. The second effort in 2018, as a course had the same concept – turn a magazine feature article into a performance for the stage – but had a journalism student involved, she said.

“It completely changed the nature and evolution of the project over the course of the several months,” Fatah said. “This was a magnificent effort in the sense that the story idea was very basic and it went from that to being a story that was reported and researched here in Toronto and then into cities in South Korea, including Seoul. It required a lot of effort, planning and fundraising to make it happen. And, that was all done by the students and it was done really well.”

Stitched! A Live Journalism Event premiered March 28th, 2019, in Toronto, and will return the  next academic year through a partnership with Global Campus Studio.

Part of the Stitched! Toronto team

Fatah said she thinks the idea of bringing journalists in conversation with their audiences is phenomenal given the breakdown in trust between between the two. “We are in an age where the business of journalism is under assault and the traditional vehicles that we’ve used to do storytelling are struggling to survive,” she said. “But at the same time, it’s also an age of experimentation. So, the idea of creating something that in an age of social media, is about human interaction and connecting with your audience in a much more personal way, seems like a really natural part of the evolution.”

Live journalism productions are fundamentally a way of reconnecting with people and rebuilding conversations around some of the big issues of our time, Fatah said. “It’s not a substitute for any form of journalism that is currently in practice. (Stitched!) is a way to tell or expand on the bigger story, a bigger issue, and I think these are the kinds of issues that are polarizing us, in our current political ecosystem in which we live… As we move further into this, I’m interested in identifying the issues that deserve to be the heart of this kind of storytelling work.”

How does an event industry expert select the technology for their own events?