So not surprisingly Facebook’s developers have shown the platform a little love by introducing an innovation called IGTV.

In case you missed the announcement, IGTV is a longform, vertical video, full screen platform that is available in the Instagram app as well as a standalone IGTV app.

Individuals and brands have been able to upload videos to Instagram for a while but there have been limitations. IGTV addresses these and then some.

As video creation solutions provider Wochit explained on their blog, “the new platform is an amalgamation of concepts seen elsewhere – videos are shown vertically and fullscreen (like Snapchat or Instagram Stories), and brands or users host them on their own channels (similar to YouTube). Videos can be anywhere from 15 seconds to one hour in length and can be shared over a direct message, favourited or commented on like a regular Instagram post.”

Although the vertical video option is a useful addition, it is the longform potential of IGTV that is exciting publishers. In many ways it is very overdue. In fact Sebastian Redenz, head of paid social at iProspect, believes that Instagram and Facebook had no choice but to introduce longer content as they are playing catch up. “Currently, YouTube and Snapchat provide brands with strong original content offerings, particularly longform. In my opinion, IGTV is Facebook’s attempt to join the original content space.”

IGTV gives Instagram the chance to not just increase dwell times but it also offers a platform to distribute studio made content positioning them as a possible rival to both existing broadcasters and on demand video portals like Netflix. 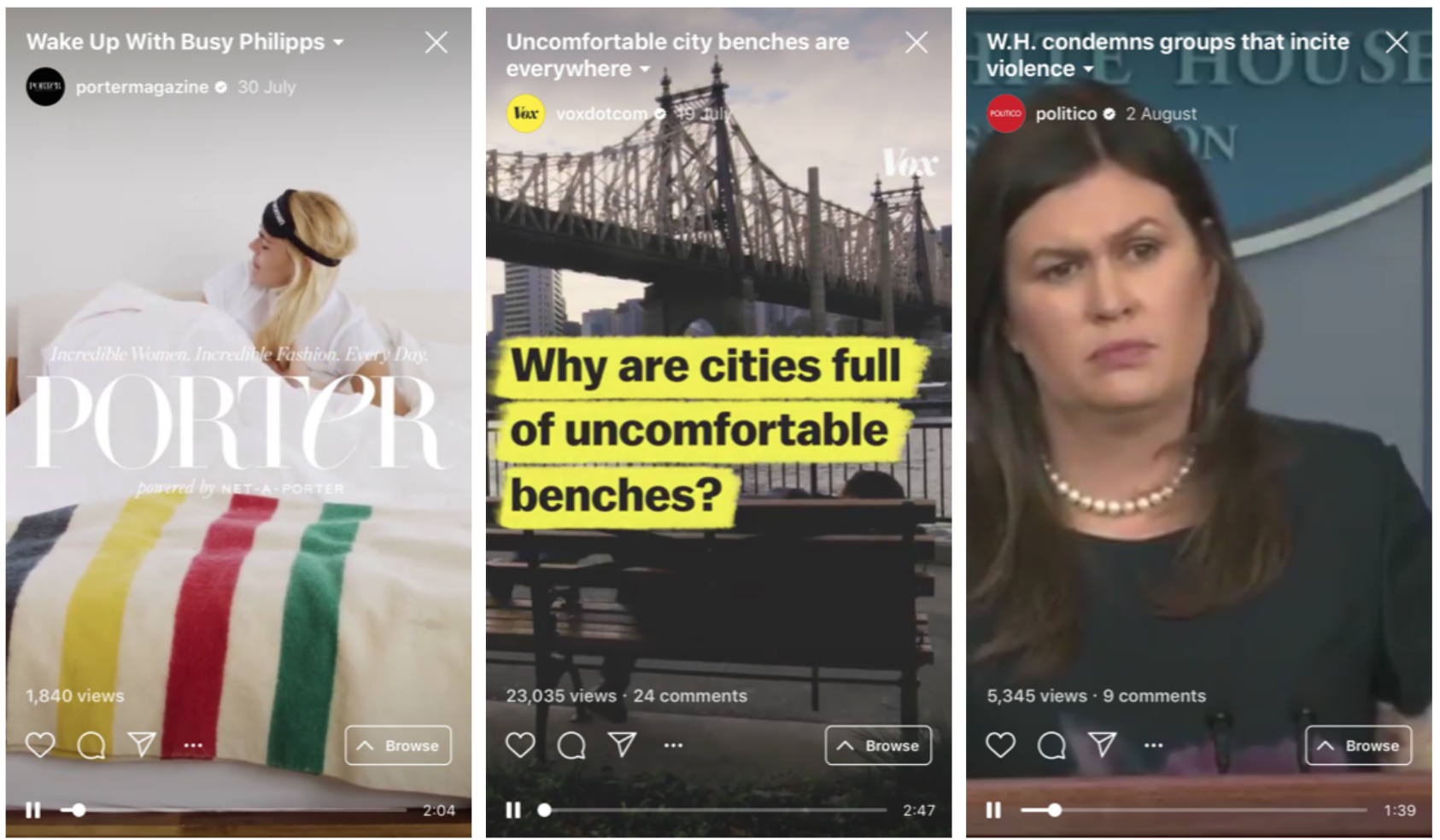 So what’s in its for publishers?

Well firstly reach. Instagram has amassed a huge audience of video hungry young fans. Media companies and brands have been experimenting with shorter video and Stories for a while, and in many ways seen some impressive results. IGTV gives them the chance to deepen that relationship.

Then there is also advertising potential. Although nothing has been confirmed it expected that ads will be rolled out later this year.

Thirdly there’s the chance to take their video strategies in in a slightly different direction, although this may entail extra investment.

As Patricio Robles of Econsultancy explains in this article, IGTV uses the vertical video format. “While it’s theoretically possible to repurpose videos created for horizontal formats like YouTube’s, more realistically publishers and brands will need to create content tailored to IGTV if they want to be successful. In other words, without an ability to quickly repurpose content, they will need to invest time and money in content creation for yet another digital platform.”

Before IGTV longform content didn’t work on Instagram as it had to be sliced up into one minute segments, the whole viewing experience was highly disjointed and distracting. Now that issue has been addressed.

So who is already working with IGTV? Well obviously plenty of brands including Louis Vuitton, Bacardi and Chipotle have started posting longer form video.

As for the publishers, for many IGTV is simply an organic extension of their existing Instagram output. The Daily Mail has already added around twenty videos most of which focus on human stories. The Guardian has taken a similar approach – it has two videos on IGTV at the current time which are people profiles and come in at under a few minutes.

The BBC and The Economist have also adopted IGTV tweaking the type of videos they were showing on other platforms like YouTube. 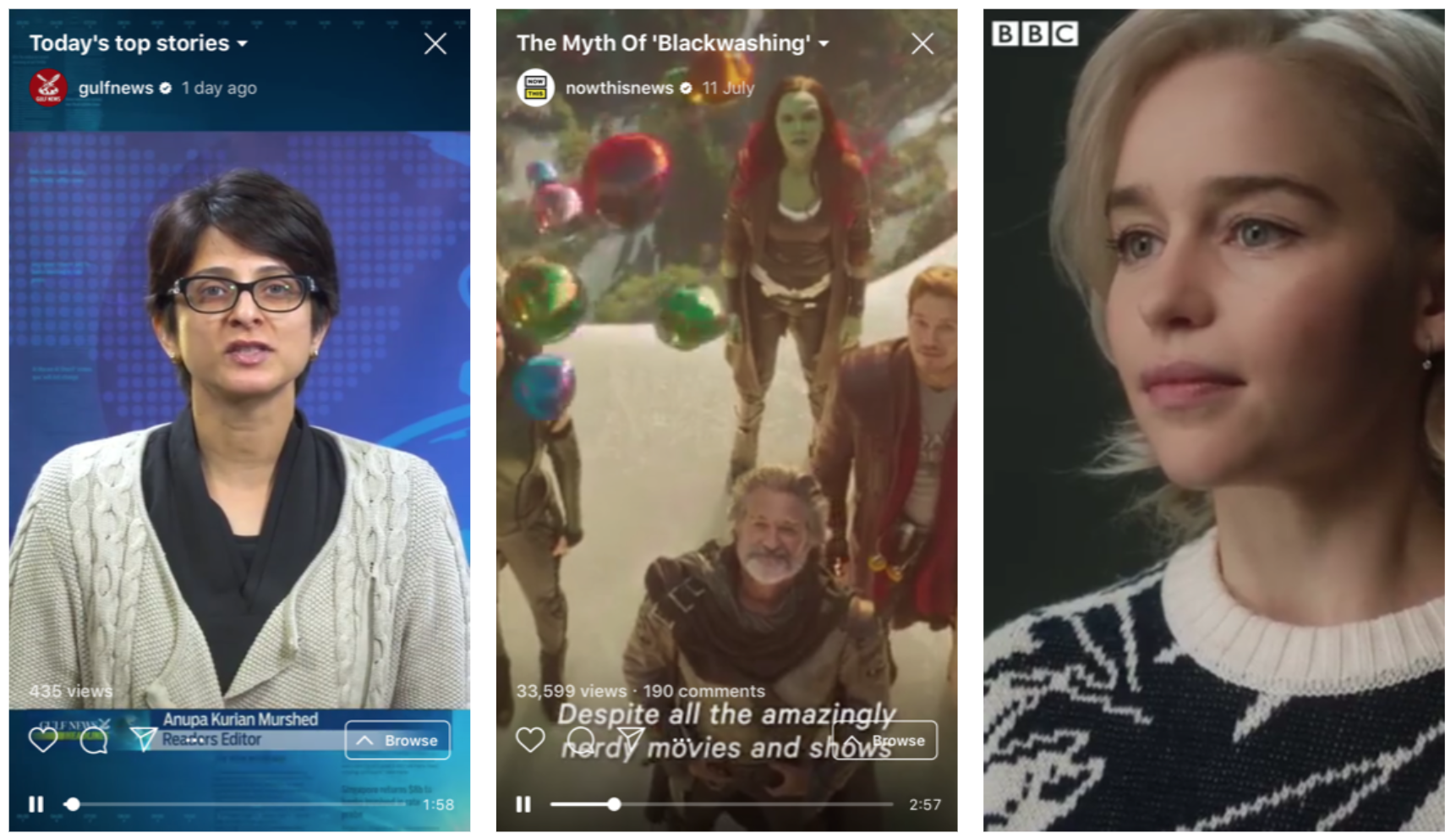 In many ways though the biggest opportunity for publishers is probably in Instagram’s core fashion and food niches. So, for example, British vegan food channel Bosh has already amassed a following for its extended videos, while US TV network Cheddar, which majors on business and tech news on its live channels, has uploaded a selection of food based footage.

IGTV also provides a significant opportunity for magazine publishers to promote their print issues on social channels. In the past some have been issuing one minute quick trawls through their new publications on Instagram. The future might be lot more like that presented by Grazia on its IGTV channel where it takes a fairly in depth three minute look at the magazine’s new issue.

It will interesting see how IGTV develops. We are already seeing musicians use it to release new tracks and indeed albums and existing Instagram influencers create longer more YouTube-esque videos. For the publishing industry it clearly has a lot of potential. 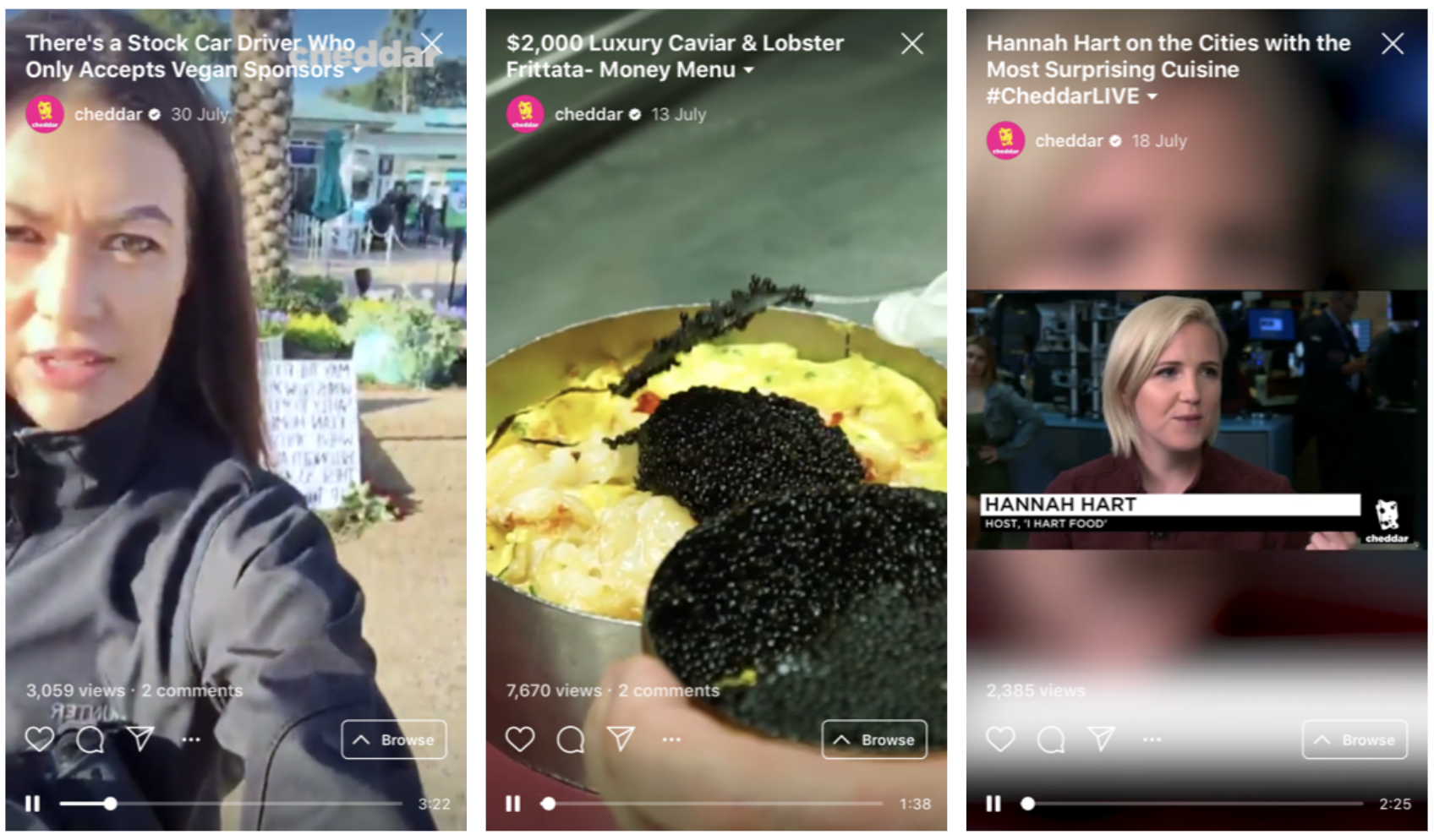 How brand magazines are becoming more sophisticated – and successful