A company that is no stranger to fake news is First Draft. The organisation was set up in 2015 to provide guidance and training for journalists in social newsgathering and verification. More recently it launched the First Draft Partner Network, the first initiative of its kind to bring together global newsrooms and social media companies to collaborate on tackling common issues relating to sourcing, reporting and consuming information that emerges online.

As Jenni Sargent MD of First Draft News explained at DIS 2017 fake news is more than just an issue for the media. It has also caused huge problems for industries as diverse as healthcare and sports. 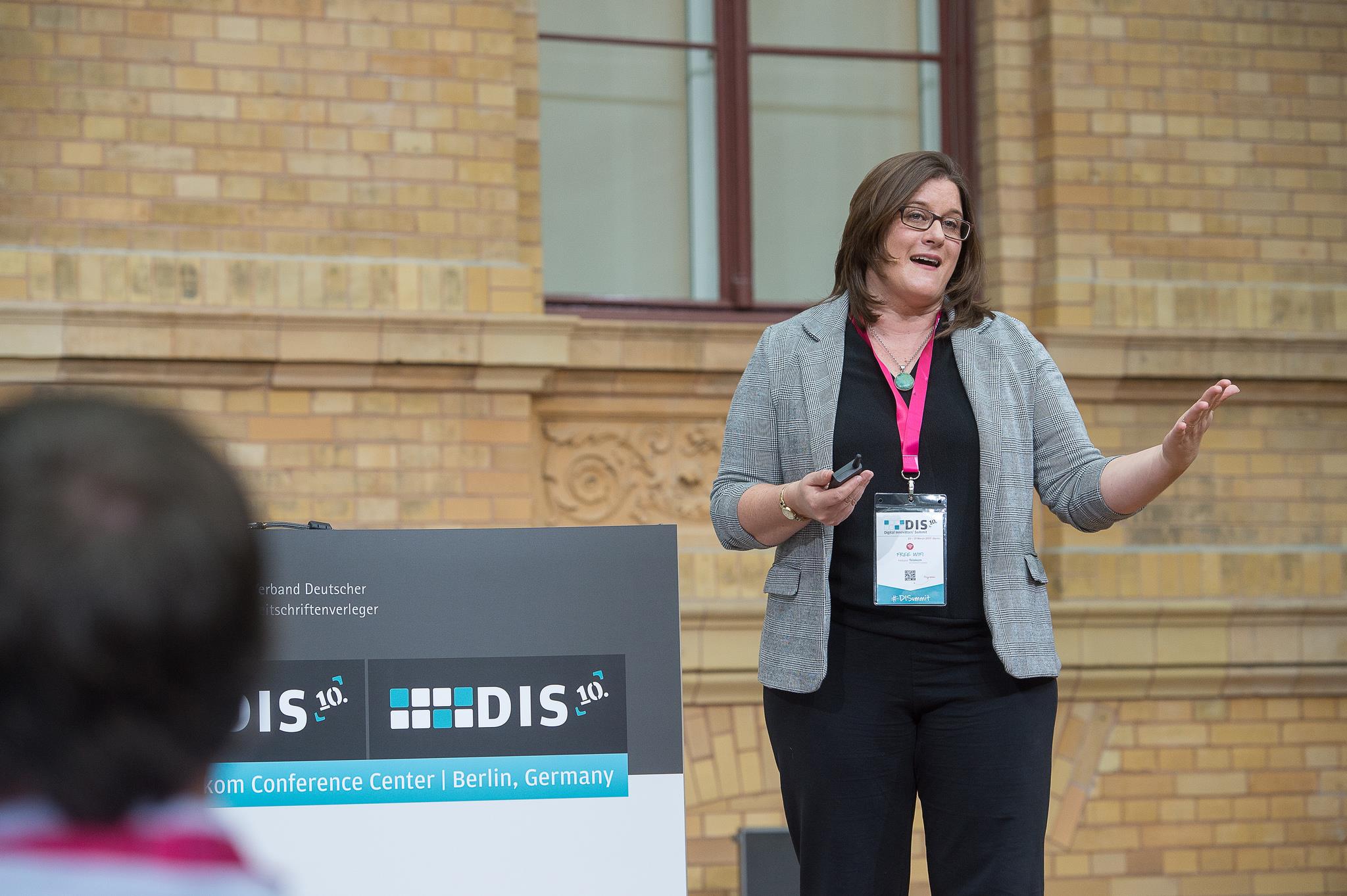 To try and combat fake news Jenni stressed the importance of bringing people together to create solutions. In 2015 the organisation launched its website with resources for journalists including case studies, blog posts, advice (such as how to verify investigations etc). Ths site also features thirty second videos that explain how journalists can effectively use social content to help them develop their stories, which as Jenni points out is a “core skill still lacking in many newsrooms.”

The organisation also looks at ethics, asking questions like ‘is it appropriate to use the content you find as a mobile upload which the person who shot it only expected it to be seen by 50 friends?’

Misinformation is invariably when a person shares a story that they believe to be true – they are not seeking to misguide other people. Disinformation is when someone deliberately creates a fake news story to achieve an end, which is often political.

Jenni suggested that there are also grey areas such as satire and parody sites.

Following on from her series of definitions Jenni then asked the question ‘what does fake news look like?’

To illustrate this she used the image of Hilary Clinton stumbling towards her car during the US Presidential election campaign. She said that the image inspired many headlines which suggested that the candidate had cancer, or was drunk, both of which were false. She added that although some legitimate news sites had copied the stories which were false it was too late as the damage had already been done. “Your debunk will never keep to up to speed with the way that the rumour is travelling,” she added.

She then asked who has the responsibility to arrest fake news? “Is it the readers? Is it all about the users being able to spot these headlines – can we actually expect them to investigate each headline? It is often easy to find out whether stories are fake, but it still takes time to check.”

More recently Jenni said we have witnessed the rise of imposter sites which are designed to mimic established news companies like The New York Times or The Washington Post. She added that most major brands have been victims of this in one way or another.

However as Jenni pointed out fake news travels far more widely than just websites. YouTube is also a major source of fake news with videos that are either falsely captioned and headlined or not true at all. Fake news memes have also become prevalent – “we are more likely to believe something visual rather than words,” she added.

Jenni concluded that “trust in media is a major issue” and exhorted media companies to do all they can to check news stories and work with her organisations on its projects.

A further example of how publishers are tackling the fake news issue came from Rachael Kennedy Senior News Journalist, Storyful.

As Rachael explained her company monitors social platforms to find news for its clients. Crucially it verifies the content and clears it for publishers to use. 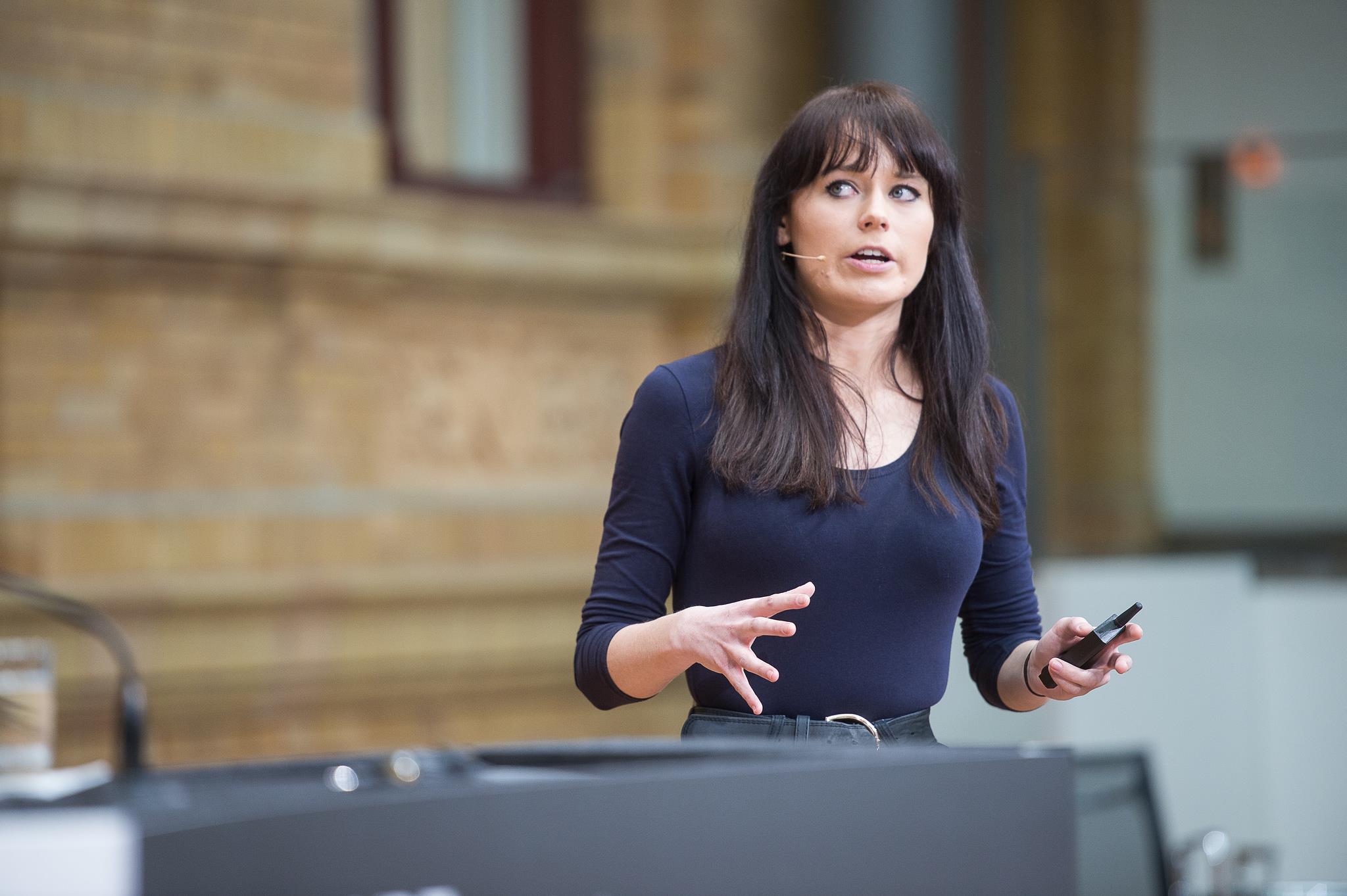 Rachael ran through a series of examples of how Storyful works to ensure the images and videos it distributes are legitimate. She started by describing an image from the Brussels bombing in 2016. A journalist who was near the incident shot and uploaded photos and Storyful reached out to her and made the images available for use by news companies by verifying them. They were then posted on the front pages of much of the world’s media.

As Rachael explained Storyful also debunks footage when it can. She used the example of a video called ‘Lion Vs Poacher’ which purports to show a lion attacking a poacher which has just had an image taken with a dead lion that the human has shot. Storyful researched the video and found a number of discrepancies from the date (it was filmed months before it was actually uploaded) as well as poor quality acting and changes in the quality of resolution. Further digging using Google reverse image search proved that the picture of the dead lion was several years old.

Rachael also took the delegates through an image of a bus in the recent war in Ukraine. With different sources claiming different stories Storyful was able to use online material from videos and images through to Google Maps to isolate what had actually happened to the bus.

A further example of taclking fake news is the way that Storify verifies the social footprint of crime suspects. She used as her example a suspect in the Berlin Christmas market attack in December 2016. By carefully going through his Facebook account the company was able to confirm that the alleged attacker had spent time in Berlin and way sympathetic to the cause of Islamic State.