‘The magic of hyperlocal sites,’ according to Mark Potts, founder of the pioneering Backfence.com, ‘is that they provide a forum for community members to share and discuss what’s going on around town.’

Pott’s site shut down in 2007, two years after launch, joining a list of early hyperlocal media casualties that includes the demise of CitySearch and Microsoft Sidewalk in the 1990s. After so many flame-outs, the 2013 collapse of the much-heralded hyperlocal news site Patch.com may have come as no surprise to many. What’s truly remarkable is, after downsizing and retooling, Patch is back and becoming an example of how hyperlocal can work. 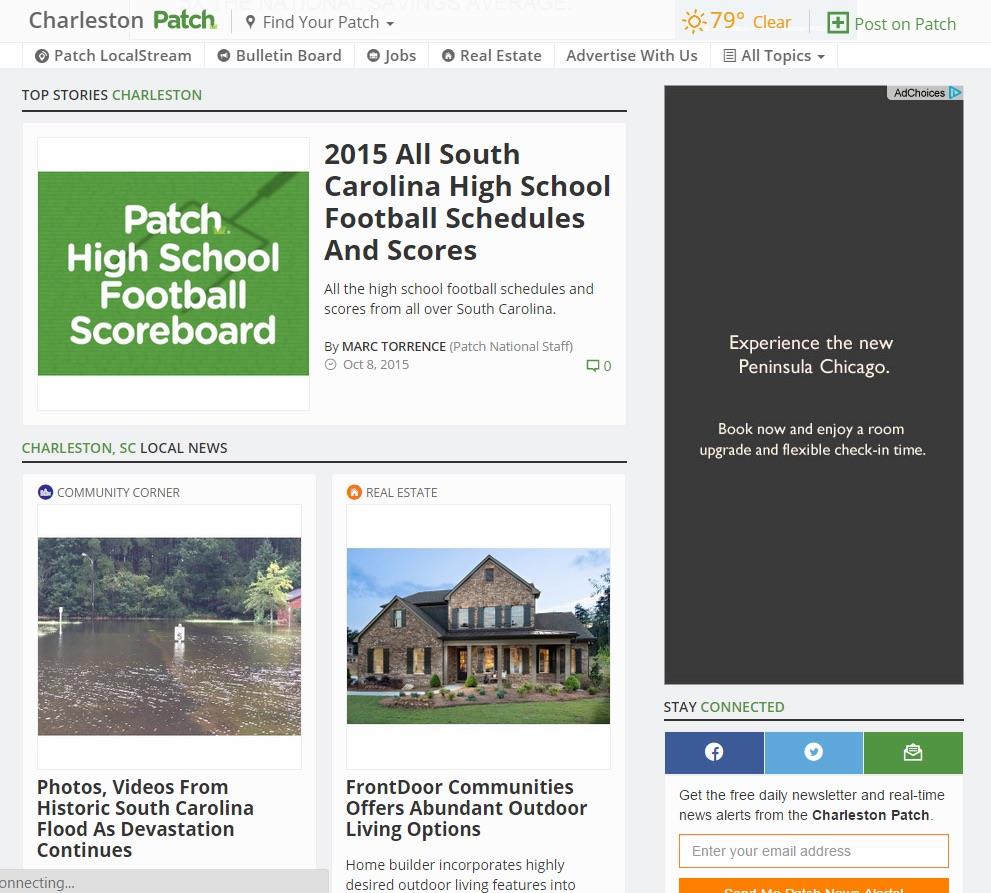 Patch.com was founded in 2007 with the mission to bring community-based news to hundreds of localities. AOL acquired Patch in 2009 and proceeded to invest US$300m in a plan to build the largest employer of full-time journalists in the US. Unfortunately, the anticipated synergies between hyperlocal content and advertising didn’t materialise and substantial layoffs ensued in 2013. In the past two years, Patch has gone from a staff of over 1000 to 123, with 70 in editorial. But Patch emerged revitalised from this difficult transition and, after AOL sold a majority stake in Patch to turnaround specialists Hale Group in early 2014, Patch turned a profit on $17m in annual revenue.

One final success factor is Patch tightened its resolve to deliver only local content. As the number of Patch’s staff declined, they experimented with running a series of viral stories across their 900 local sites. St. John said, ‘It was nearly catastrophic. Our readers hated it, and they let us know. They craved local traffic.’

St. John observes a growing stratification between high value news sites. At one end of the spectrum are high quality national news sites (like The New York Times, the Wall Street Journal, and the Financial Times) and at the other end are a waning number of hyperlocal publishers. In between these groups is an undifferentiated pool of news sites that offer a commoditised type of easily aggregated content. There’s a vacuum in hyperlocal news coverage that is not being served by existing publishers.

Snapshot of local news startups in the US

A 2015 survey of nearly 100 local news sites reveals that while many are generating revenue, the sites tend to be very small and vulnerable because they rely solely on local advertising sold directly.  The survey, produced by Michele Mclellan for the Tow-Knight Center for Entrepreneurial Journalism at CUNY, found that many of the sites were founded by journalists with minimal business experience. Key findings included:

Mclellan suggests a number of practices that could improve the financial stability of hyperlocal news sites, including hiring a professional ad sales rep; offering a realistic rate structure that reflects the needs of the site (many sites charge too little); and avoiding CPM pricing, which tends to commoditise the inventory and drive down value.

Just last month, Nesta and the Center for Community Journalism at Cardiff University released a report Where Are We Now? UK Hyperlocal Media and Community Journalism in 2015. The 36-page study, primarily consolidating findings from existing sources, suggests UK hyperlocal news sites are struggling even more than those in the US. They are not as well funded but face the same problems of discoverability, sustainability (financial and personnel) and recognition by traditional media and regulators.

The report authors suggest a series of steps to galvanise hyperlocal publishers, including:

Hyperlocal is worth figuring out

The Nesta report argues that hyperlocal journalism delivers news people care about and it serves a valued role in promoting democracy. Community news sites can hold local bodies accountable by covering local political issues. They can also encourage participation from groups who might otherwise feel disenfranchised from the political discourse. According to Former CBS News anchor Bob Schieffer, finding a sustainable model for local news coverage is critical, asserting, ‘If we don’t find some entity to do what we’ve traditionally turned to local newspapers to do, we’ll have corruption at levels we’ve never seen.’