This magazine will include interviews, original research and incriminating pictures behind the world’s most infamous criminal cases. It will be published every four weeks, with 13 issues this year. 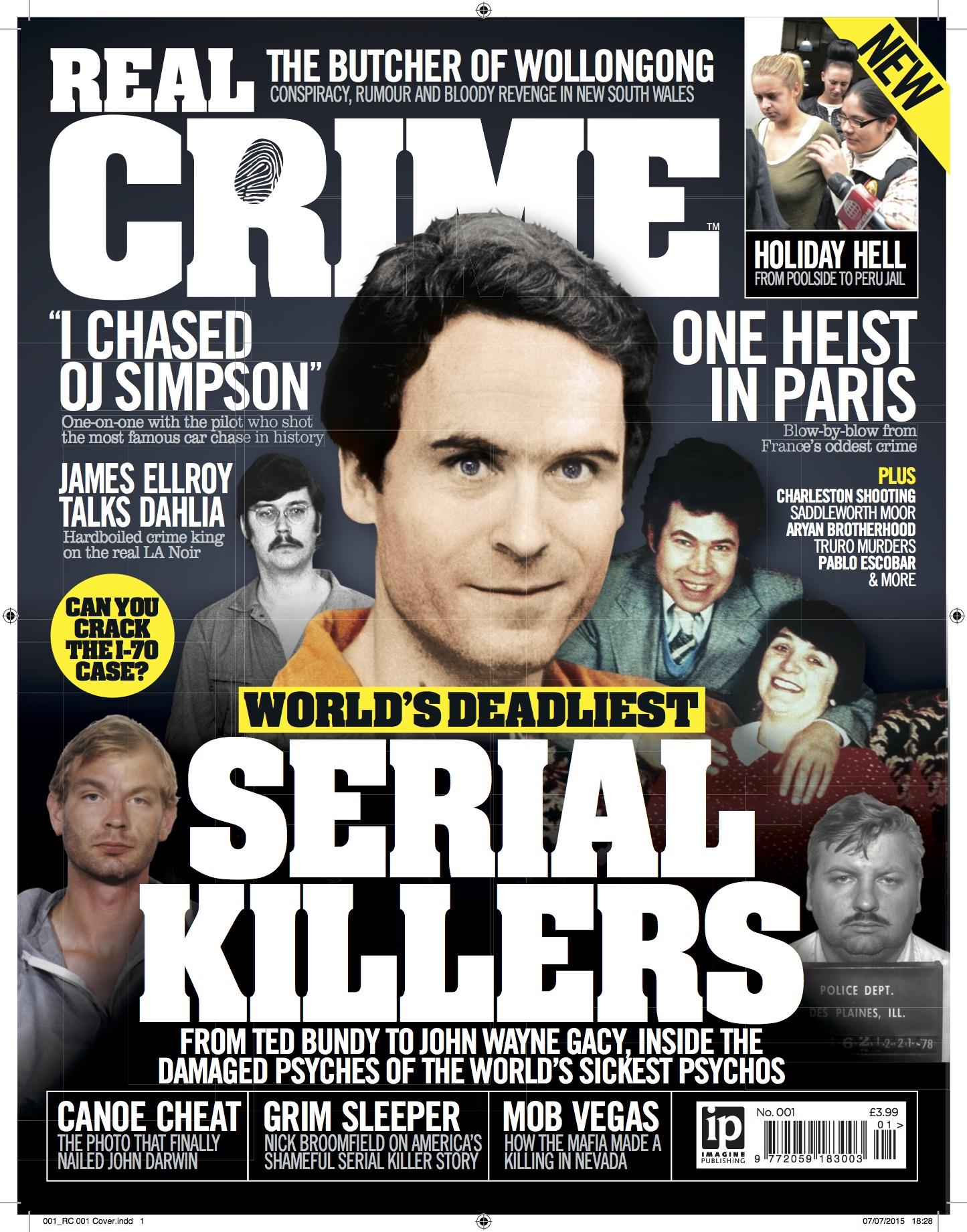 This comes on the back of a growing list of TV programmes taking UK audiences by storm, such as HBO’s The Jinx and Tales of the Grim Sleeper, BBC One’s Crimewatch and The Met: Policing London, and BBC Four’s Catching History’s Criminals: The Forensics Story.

The first edition features some of the most notorious serial killers, including Jeffrey Dahmer, Ted Bundy, and Fred and Rose West. It also includes a special interview with the woman who shot footage of the O.J. Simpson car chase, on the 20th anniversary of the contentious trial.

James Hoare, editor-in-chief at Real Crime, said, “We are always looking for new ways to meet our readers’ need for intelligent, trusted reporting and opinion. With a growing appetite for real crime stories, it made sense for us to respond with the launch of Real Crime, providing quality content for crime-curious readers who want to know more about some of the most hard-hitting real-life stories in modern history. Real Crime is a great addition to Imagine Publishing’s portfolio and we are excited to see the first issue hit the newsstands this month.”

Priced at £3.99 (€5.60), Real Crime will be at high street magazine retailers such as WH Smith and all major supermarkets.

Imagine Publishing launches How It Works Illustrated in the UK