Chart of the week: How do consumers get to the news?

A total of 65 percent (73 percent of under 35-year-olds) of traffic to news sites comes through the so-called side-door, making it the actual main entrance. Still, the single biggest source of traffic are the news provider’s own sites and apps.

Social media and searches are the other big highways to destination news. For its analysis, the Reuters Institute asked 66,230 people in 36 countries who used one of the gateways in the week preceding the survey.

The below chart doesn’t show that news consumers in different markets have different preferences. For example, "People in Scandinavia and the UK are more likely to go directly to a website or app," according to the report. This was down to strong public service news providers that have become powerful digital brands. In other world regions, such as Latin America and Central and Eastern Europe, social media was hugely popular. 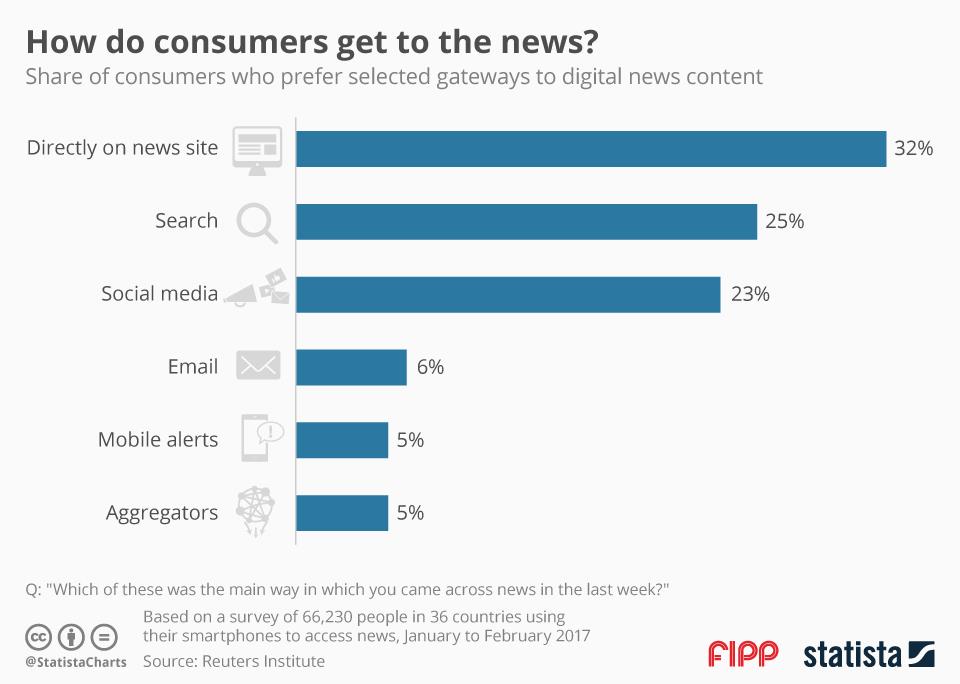