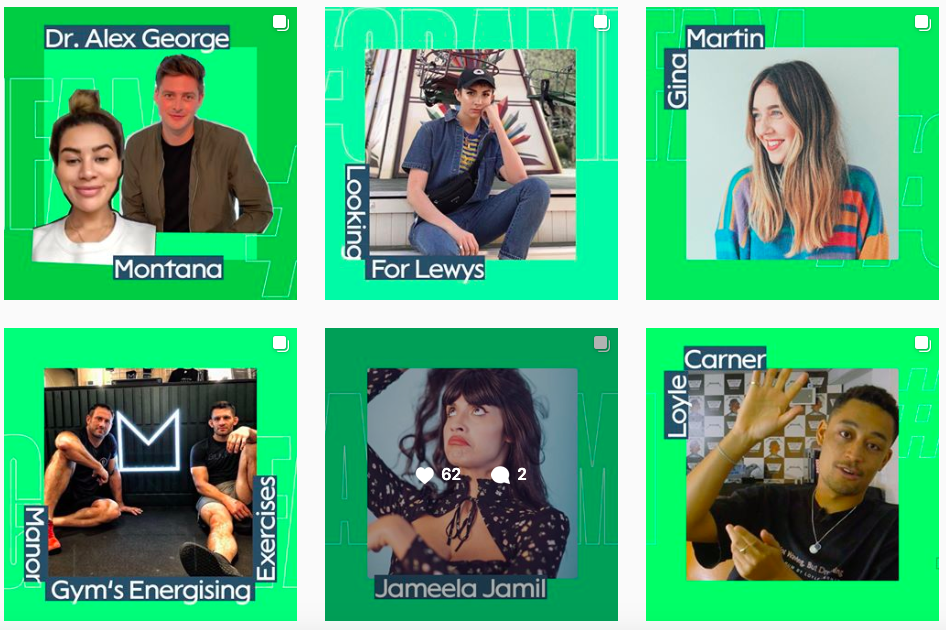 The online magazine consists of a series of Insta-zines, with videos, messages, advice and tips from influencers and celebrities including Reggie Yates, The Vamps, Kiss Radio DJ Neev Spencer, Jack Rooke, studygrammer Ruby Granger, among others, to inspire students ahead of Britain’s A Level results. According to Instagram, the launch was in response to the use of the hashtag #examstress on the platform, which had seen a 640 per cent increase in usage, from March – May 2018.

Zine content will be hosted on CALM and The Mix’s Instagram accounts. The Mix chief executive Chris Martin said, “This issue of the Instazine will reach far and wide with tips from new supporters such as Jameela Jamil and KissFM’s Tom Green, enabling us to support anyone struggling under the pressure of exams as well as letting them know that The Mix is there for them whatever life throws their way.”

In 2016, Snapchat launched a digital magazine called ‘Real Life,’ focusing on technology, and publishing essays, arguments, and narratives about living with technology, according to Nathan Jurgenson, editor-in-chief.

But The Drum’s Cameron Clarke asked, “when is a magazine not a magazine?” Facebook’s magazine, Cameron wrote, was a piece of marketing despite having the tagline “magazine for business leaders” inked on the cover. Indeed, as Facebook’s Leah Woodington said of the publication: “This is purely intended for marketing communications purposes,” The Guardian reported.