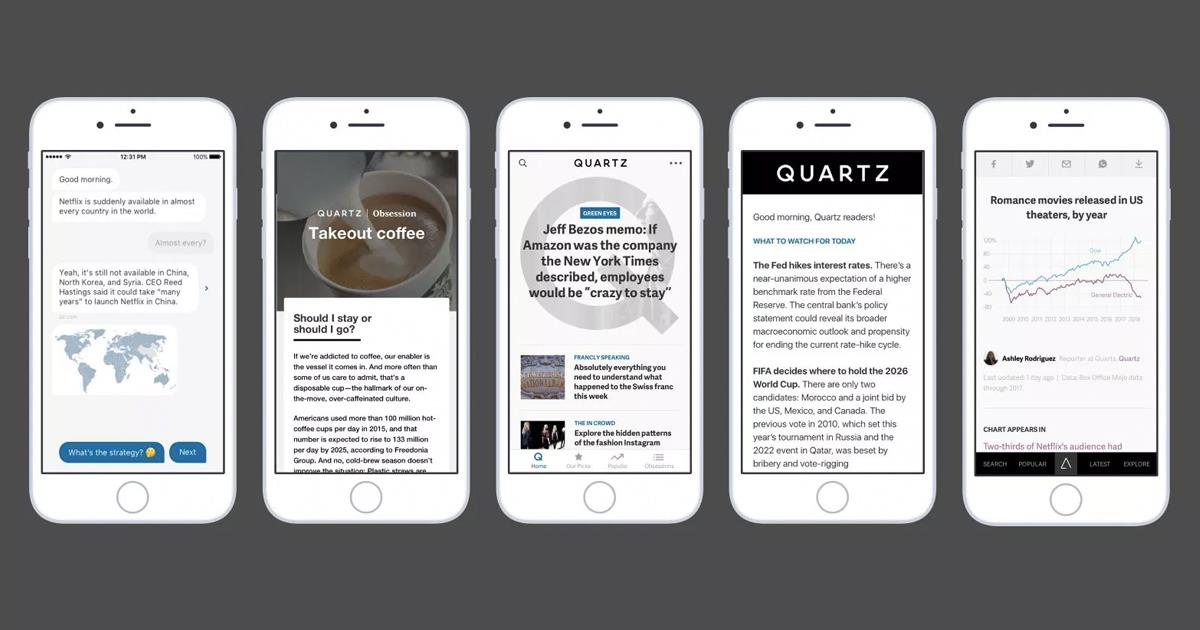 As part of the acquisition, which is expected to close within the next 30 days, Quartz will assume responsibility for the English-language version of NewsPicks on behalf of Uzabase. NewsPicks is a subscription business news platform and one of Uzabase’s two core businesses. The other is SPEEDA, a financial business-intelligence service.

Quartz leadership — co-president and editor-in-chief Kevin J. Delaney and co-president and publisher Jay Lauf — will become co-CEOs of Quartz, reporting to Uzabase and NewsPicks Founder and CEO Yusuke Umeda. Quartz chief revenue officer Joy Robins and chief product officer and executive editor Zach Seward will continue in their positions of leadership. Quartz will retain its name and brand and continue operating from its New York City headquarters and maintain its offices around the world, including London, Hong Kong, San Francisco, Washington, DC, and Chicago.

By bringing together the Quartz and NewsPicks businesses, Uzabase, which is listed on the Tokyo Stock Exchange, will be able to create a larger, more robust global business news brand that combines Quartz’s voice, editorial, advertising, and product expertise, and international reach with Uzabase’s deep expertise in data and niche paid content. This partnership accelerates NewsPicks’ expansion into English-language markets in the US and Europe. Quartz, which this year is on track to grow revenue by 25 per cent – 35 per cent over last year, will continue to offer its industry-defining products and will pursue its subscription content ambition with greater speed and resources.

“Five years ago, when I was originally thinking about launching a digital media business, I discovered Quartz for the first time. I thought that they were truly the first new media company to successfully combine quality journalism with mobile technology, and they played a big role in inspiring me to launch NewsPicks,” commented Mr. Umeda. “I am very excited to enter the next chapter of NewsPicks’s growth with a company and team that I respect so much.”

“We created Quartz to be a new kind of news organisation, pioneering better ways to serve readers with innovative news products and smart journalism from around the world. We’re proud of our accomplishments since 2012 and are really excited about this ambitious new chapter working with NewsPicks as part of Uzabase,” said Delaney.

Lauf added, “The teams at NewsPicks and Quartz share a spirit of entrepreneurship and belief in the importance of high-integrity journalism and quality advertising. There’s a striking overlap in the two companies’ official values, which include genuinely putting users first, having a global approach, and being bold and creative.”

Discussion of a potential partnership began last fall when Uzabase leadership contacted Quartz to explore ways the two companies might collaborate. The realisation of shared and complementing corporate values and ambitions eventually led to talks of a merger.

NewsPicks was launched in Japan in 2013 to be one of the country’s first business media platforms optimised for mobile. It has since become the country’s foremost source of business news for young, urban professionals and grown into the most widely used business news platform in Japan. At its core, NewsPicks is a social platform that enables users to discover, share, and comment on business news. In Japan, the service has 3.3 million registered users and 64,000 paying subscribers, with a price point of $15/month. Close to half of NewsPicks revenue is from subscriptions, a figure that has grown +80 per cent year over year. 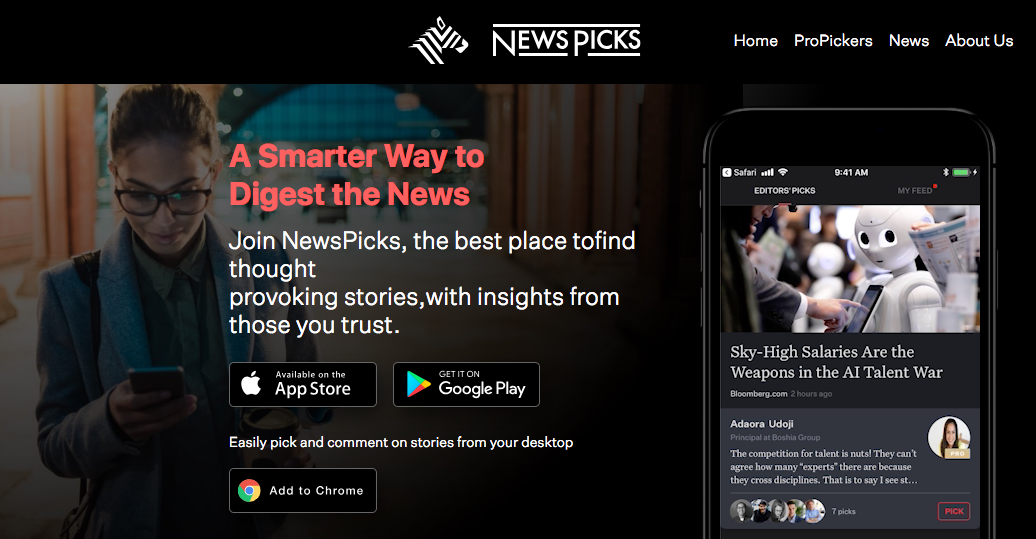 Designed to be the first place professionals, investors, entrepreneurs, and executives go every day to get a curated, but comprehensive, selection of news, the NewsPicks content is aggregated from premium sources, both traditional publishers as well as new media. Users can also customize their own individual feeds based on the people, publications, and keywords they follow. Ultimately, the NewsPicks platform provides users with a one-stop shop to discover and share business news, while engaging with their peers in a more meaningful way.

NewsPicks entered the U.S. market in mid-2017 as a joint venture with publisher Dow Jones. Since its product launch seven months ago, growth in the U.S. is already about two times higher than the Japanese historical record.

Quartz was founded in 2012 to serve a new kind of business leader with bracingly creative and intelligent journalism built for users first. The company, which has been owned and operated by Atlantic Media, has since established itself as the guide to the global economy for business professionals. The staff has grown to 215, including 100 journalists reporting from around the world, and speaks more than 40 different languages. Its staff, products, and journalism have won numerous honors, including a prestigious Gerald Loeb Award last month.

On average, more than 20 million people access Quartz each month across its suite of digital products, including its website QZ.com, award-winning app, email newsletters, and video. Other Quartz products include a bot studio and Quartz Creative, the commercial division that works with brands on content, insights, strategy and other business solutions. Half the Quartz audience is from outside the United States, reflecting the brand’s global perspective and commitment to a more open and connected world.