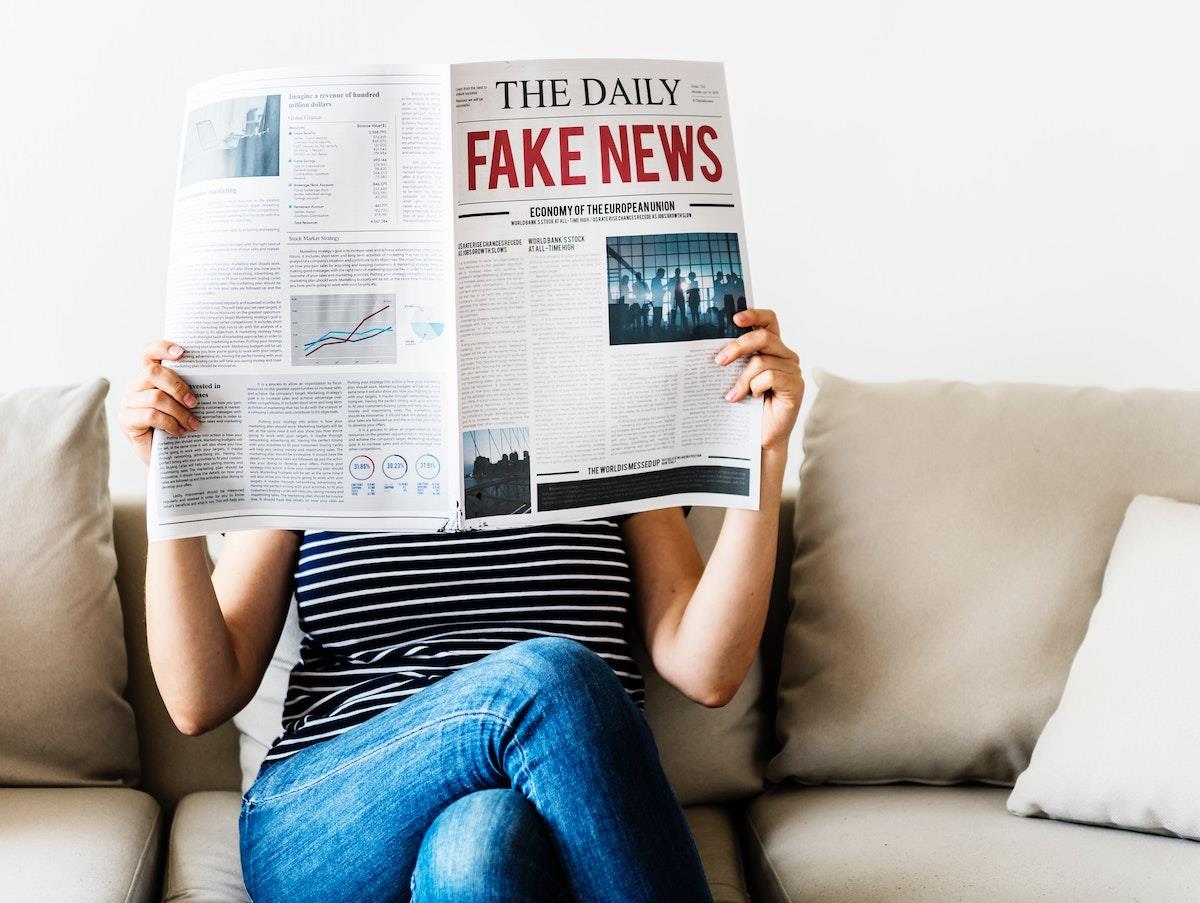 The panel included Jeff Jarvis, director of the Tow-Knight Center for Entrepreneurial Journalism at the City University of New York; Jay Rosen, associate journalism professor at New York University; and Vivian Schiller, CEO of the Civil Media Foundation, and was moderated by Mathew Ingram, chief digital writer with the Columbia Journalism Review.

Decline of trust in press worldwide

Misinformation is a complex problem. Misinformation, which we understand to be false and fabricated content presented as verified news to mislead readers, is pervasive on social media. Misinformation has been used to feed into the distrust of traditional media, to distort politics around the world and to spread information that has no basis in fact.

According to the 2018 Digital News Report from the Reuters Institute for the Study of Journalism, based on an online survey of 74,000 people, the average level of trust in the news remains stable at 44 per cent, but over half (54 per cent) say they’re concerned about what’s real and what’s fake on the Internet. “This is highest in countries like Brazil (85 per cent), Spain (69 per cent), and the United States (64 per cent) where polarised political situations combine with high social media use,” wrote lead author Nic Newman.

Media are existing in a landscape that has been called “easier to exploit than ever before in history,” according to Craig Silverman, Buzzfeed’s media editor and misinformation expert. Silverman, in testimony before the Knight Commission on Trust, Media and Democracy in February, said “the new media reality that is on the one hand more democratised than ever before — while simultaneously dominated by powerful platforms and mediated by algorithms.”

According to an analysis by Buzzfeed, 20 of the top fake election stories generated more engagement than the top stories from legitimate news outlets like The Washington Post and The New York Times in the final three months of the 2016 US Presidential election. The fake stories generated 8.7 million shares, reactions and comments on Facebook, versus 7.7 million for the top 20 election stories from major news outlets.

How should journalism respond to this challenge?

Jarvis said, “And princes and Popes tried to control the press, right? What’s happening now? An effort by institutions to control speech. We have to figure out society around this, and I welcome the idea that we have a diversity of voices we’ve never had. We talk about trying to restore trust in journalism. And I’ve had people properly scold me if I use that phrase, because there are a lot of people on this continent who never trusted media because they were never represented, they were not served, they were not heard, they weren’t the newsrooms, they weren’t sources of stories, they were represented, their communities weren’t served. And so, I have to welcome the speech that occurs. I have to say that we as journalists, have to listen.”

What is happening now is a potential for a flight to quality, Jarvis said. “Platforms have realised that as much as they avoided it, they must make choices, they must make judgments,” he said, adding, “I think that we in journalism have to help them make those judgments.”

“Helping them do what?” moderator Mathew Ingram asked.

Facebook has announced in recent months efforts to pull back to quality news. But, Rosen explained that he’s become extremely concerned about what Facebook is doing to the public sphere.

“There are a number of reasons why it is doing these things,” he said. “The first is, it’s a very young company, I mean it has only been around since 2004. It ‘s being run by young, irresponsible people do not know what they’re doing. It’s like giving the keys to a 17-year-old, or giving a mortgage to a college student. They literally know what they’re doing, in the sense that they built us a machine – Facebook – that is so big and so complex in its interactions with society, that nobody actually knows what is going on with it…. it’s bigger than them, it’s bigger than any system they have for controlling it.”

Schiller said she didn’t think Facebook is motivated to provide quality news. “I don’t see just even the leadership they have there. They don’t have quality journalism leadership. I think there are a few individuals… but at an executive level, I see no evidence.”

Facebook may want to fix the spread of misinformation on their platform, but Schiller said she would like to see more action. “I don’t know that it’s possible because I think the fundamental way that Facebook’s structure works, it works in complete contrast to the kinds of things that they would need to do to make Facebook a healthier place.”

Schiller pointed out that people around the world get their news from social media. In some places, Facebook is the internet. “Some of the things that are happening in communities where Facebook is the Internet, the sole source for many people for news and information, is devastating.”

How journalism and governments are responding to this challenge

In response to the spread of misinformation globally, institutions, civil society organisations, media and platforms have created services to identify and correct inaccurate information. According to Poynter, there has been an explosion of fact checking services and verification services to give people ways to ensure information is accurate and certify authenticity of images and information. The International Fact-Checking Network, a unit of the Poynter Institute, for example, is dedicated to supporting fact checking initiatives and best practices.

Yet others suggest that transparency can help fight fake news. According to Raney Aronson-Rath, executive producer of PBS’s Frontline, “It all means that news organisations will have to keep fighting for the trust of a skeptical public, coming up with ways to demonstrate our credibility across all of the platforms on which we publish our journalism,” she wrote for Nieman Lab in 2017. “At Frontline, we believe that one such way is through journalistic transparency.”

On a broader scale, governments are looking into policy to stem misinformation. Earlier this year, the European Commission held a two-day public consultation in Brussels to help craft strategy and policy to address online misinformation. It stated, “[disinformation]is a multifaceted problem, does not have one single root cause, and thus does not have one single solution… the problem also involves some political actors, news media, and civil society actors.”

Rasmus Kleis Nielsen, the director of research at the Reuters Institute for the Study of Journalism at the University of Oxford, in a presentation to European Parliament in February 2018, wrote “to fight disinformation, we need to (1) avoid vague and broad responses with potentially dangerous side effects, (2) strengthen institutions that make our societies more resilient, and (3) pursue narrow, precisely-targeted responses to specific particularly malicious instances,”

– See the open, collaborative bibliography which Nielsen helps maintain, a listing of resources on the topic.

– Poynter created a guide listing attempts in 30 countries around the world to legislate against misinformation here: https://www.poynter.org/news/guide-anti-misinformation-actions-around-world

– Journalist Resource: Fake news and the spread of misinformation

– Nieman Lab: What approaches are in play for fighting misinformation? Let us count the ways

Resources for fact-checking and verification:

– The International Fact-Checking Network,  based at the Poynter Institute in Florida

– First Draft, a project of the Shorenstein Center at Harvard University’s Kennedy School of Government co-ordinating a global verification community

Chart of the week: UK students rather check Facebook than traditional media for news