The 40th anniversary issue comes after an eventful year for Food & Wine: The brand celebrated the 30th class of its Best New Chefs franchise and the 36thFood & Wine Classic in Aspen, launched a mentorship programme for chefs, and premiered a redesign in the June issue. As editor-in-chief for just over a year, Hunter Lewis has maintained the brand’s success in discovering the best new kitchen talent across the country and has raised the mark for quality content in the crowded food space. 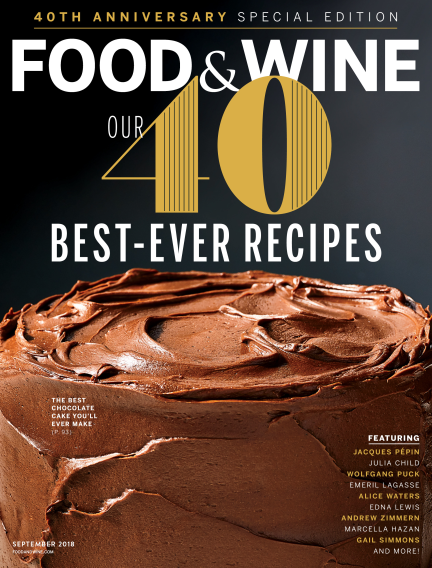 “For 40 years, Food & Wine has reflected the very best in food and drink culture, and we are thrilled to mark our 40th anniversary by celebrating the culinary legends who have shaped cuisine in America,” said Lewis. “It’s an honour to carry their recipes, values and traditions forward as we lay the groundwork for the next 40 years of the brand.”

To celebrate this anniversary, the brand is showcasing many of the extraordinary chefs and epicurean geniuses who have been featured in Food & Wine throughout the years.

Food & Wine’s digital and social platforms have also been achieving great success. In the past 12 months, across social platforms, the brand has recorded more than 1 billion impressions, over 110 million video views and over 18 million interactions. FoodAndWine.com has experienced 89% year-over-year growth.

Meredith is member of FIPP.