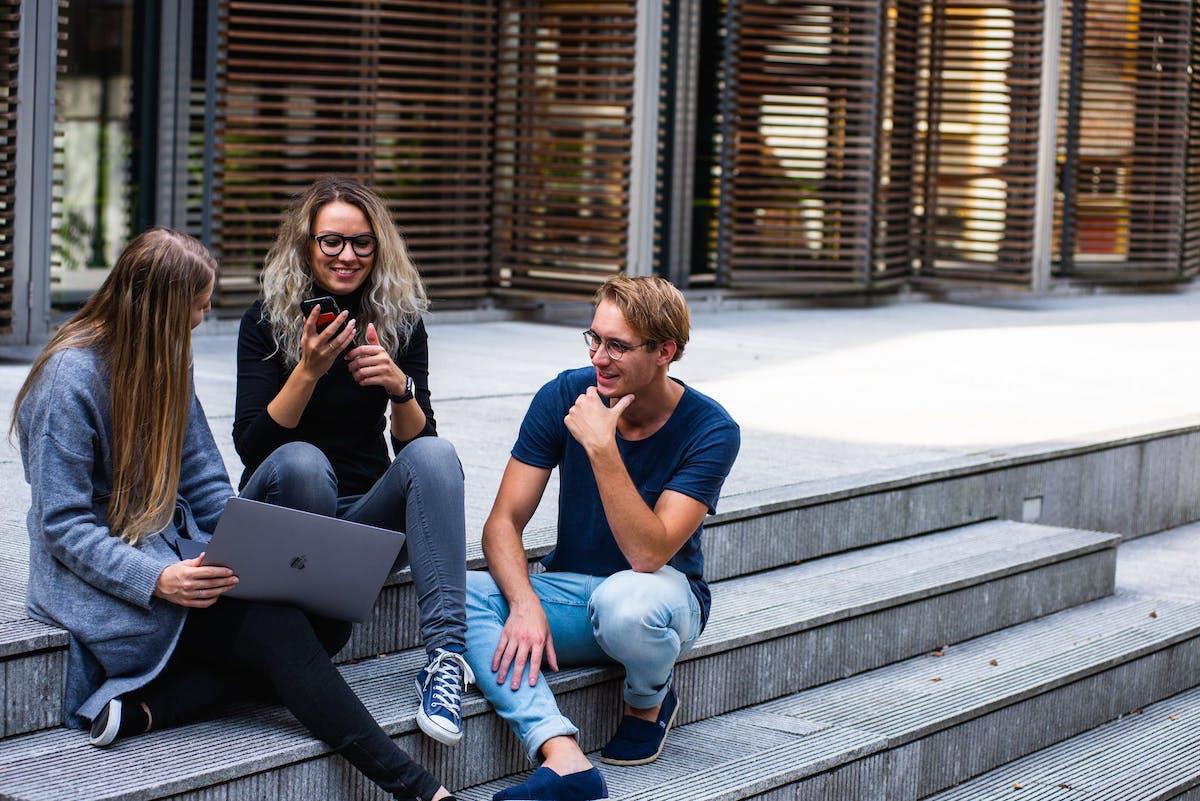 The digital disruption completely altered the way magazines functioned, as the one-way model of communication is no longer enough to satisfy audiences. Throughout history, publications functioned by simply providing audiences with information, and the reader really played no role in shaping content aside from what they chose to buy. This business structure worked because magazines were the only way people had direct access to politicians, celebrities, fashion, news, and popular culture in general – checking the physical newspaper was how people found out about a political scandal, and picking up the current issue of People was the only way to keep up with the rich and famous. But the rise of social media has given way to a world in which consumers have direct access to their interests, and trending news is available at the touch of a button, threatening the very need for magazines at all. You don’t have to read The Washington Post to know who the President is feuding with; you just look at his latest tweets. You don’t need People to tell you which celebrity couple eloped; you just look at Justin Bieber’s Instagram profile. The oversaturation of the digital market allows consumers to find out whatever they want in seconds, and social media gives consumers direct access to celebrities, demanding the publishing business model change if it wants to survive.

Give a perspective readers can’t get from other publications

The smartest move publishing businesses can make in the changing market is to create content readers can engage with, rather than just consume, and this content must offer the reader something they can’t get anywhere else on the web. For instance, Cosmopolitan has added a poll option to the majority of its online content, allowing the audience to participate with the brand on a regular basis. The format allows for daily interaction, making consumers feel like they are part of the Cosmo family, and it has opened the door for more dynamic editorial content, such as the sweeping investigation the brand did into the current trends in condom use among 18 to 34-year-olds. Similarly, Taylor Swift’s recent essay “For Taylor Swift, Pop Is Personal” in Elle UK stands out against other editorial content, as the publisher was able to give Swift’s fans unprecedented access to the artist’s creative approach to music. The longform style gave readers a story and perspective they couldn’t get from other publications or from Swift’s social media, elevating Elle.

Embrace social media, rather than seeing it as competition

Although The New York Times recently lamented the death of the celebrity profile, publications should be embracing the new ways they can give their audiences access to the famous, as readers crave hearing from the icons they love in ways they normally don’t. This can be extended to embracing social media as part of your platform, rather than seeing it as competition—many media brands have found success on Instagram in particular, such as In Style’s Golden Globes after party posts, or Bustle’s wildly popular Instagram stories, as the apps are designed to allow followers to respond and feel as though they are part of the content. Further, featuring celebrities on these accounts boosts interest, again benefitting publishers. So rather than approaching the consumer as someone who will blindly take in whatever content we give them, publishers must instead see their readers as people to engage in conversation with.

In addition, brands must stand apart through events and exclusives that reinforce the powerful ways magazines can bring readers closer to the people and trends they love most, in ways social media cannot. The millennial and generation Z audiences are experience obsessed, with 74 per cent of Americans valuing experiences over products according to Luxury Travel Advisor.

Because of the existing relationship publishers have with celebrities and the built-in audiences they possess, bringing these elements together in events that build upon a brand’s the editorial mission makes sense. Essence has long had success with its Essence Festival, with over half a million people attending in 2018, as reported by Nola.com, and brands that mimic this model continue to find success. The Teen Vogue Summit garnered massive attention when Condé Nast hosted the first event in 2017, with readers of the magazine even going as far to make GoFundMe campaigns to be able to go to the event as The New York Times reports. That kind of natural enthusiasm is hard to come by from consumers who have more options than any other buyer group before them, and the Summit stood out because it took what Teen Vogue readers loved from the magazine—namely celebrities and social justice—and brought them together in a place where the audience could engage in real time.

Today, the successful media brands are the ones who see their audiences as not only people who absorb content, but powerful content creators. The publishers that will survive the constant developments in the digital age will be the ones who embrace their readership and perpetually try to offer them ways to be closer to the brands they love, whether it be through polls on articles, responses on social media, or events that bring them physically closer to the brand itself. The bottom line is that never before have audiences been so engaged and curious about content; it’s just up to media platforms to give them something worth reading.

Samantha is a second year graduate student in NYU’s MS in Publishing: Digital and Print Media programme. She has focused her studies on digital media, taking classes like Editing Creative Content, Digital Financials, and Media Advertising, and she was the 2019 recipient of the William Randolph Hearst Endowment for Magazine Media Scholarship. Samantha hopes to write for a digital media brand following her graduation in May. She is currently the editorial intern at Romper.com.

About the NYU School of Professional Studies Center for Publishing

The NYU School of Professional Studies Center for Publishing offers a range of innovative programs in publishing and digital media:

– The Master of Science in Publishing: Digital and Print Media, a 42-credit graduate programme, now in its 22nd year preparing students for careers in books, digital and magazine media

– Executive Education programmes in New York and around the globe

BBC Good Food’s foray into the world of voice