He advises three actions for publishers to tackle adblockinh:

“This is our preferred solution for most publishers.  Proof that this works is that Facebook adopted exactly this approach, and then reported in its Q3 earnings call that doing so increased its Q3 desktop ad revenue by 9% in just half a quarter,” he says.

Here are more findings from the report released earlier today:

Adblock software is at a tipping point between desktop and mobile. Mobile adblock usage in Asia is growing explosively, and set to spread to North America and Europe.

The proliferation of mobile adblock usage in Asia-Pacific markets is powered by a strong consumer value proposition, and accelerated by distribution partnerships with major telecommunication companies and divide makers. No obstacles exist to prevent equally rapid expansion of similar mobile adblocking on mobile devices in North America and Europe.

A PageFair survey of 4,000+ Internet users in the US found:

According to PageFair, adblock usage is driven by specific problems with the delivery of online advertising and is not a rejection of digital advertising itself. Findings include:

On “adblock walls” (barring users on sites until they disable adblockers), the report states “walls are ineffective at motivating most adblock users to disable their adblock software, even temporarily. Unless the website in question has valued content that cannot be obtained elsewhere, and adblock wall is likely to be ineffective at combatting adblock usage at any significant rate,” Key findings in the report:

Percentage of users leaving a site when encountering an adblock wall: 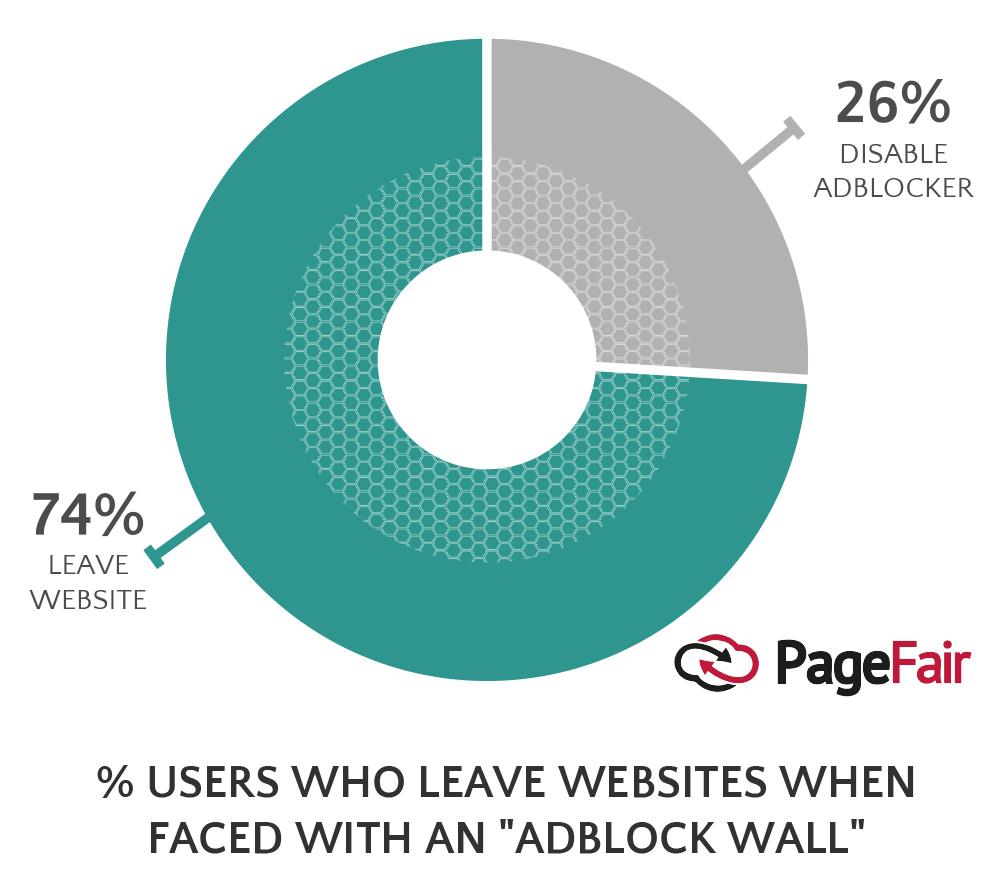 According to PageFair, interruptive ad formats are the primary cause of user frustration, while non-interruptive formats, such as static banner ads, are broadly accepted.

You can download the full report from the PageFair site, here.