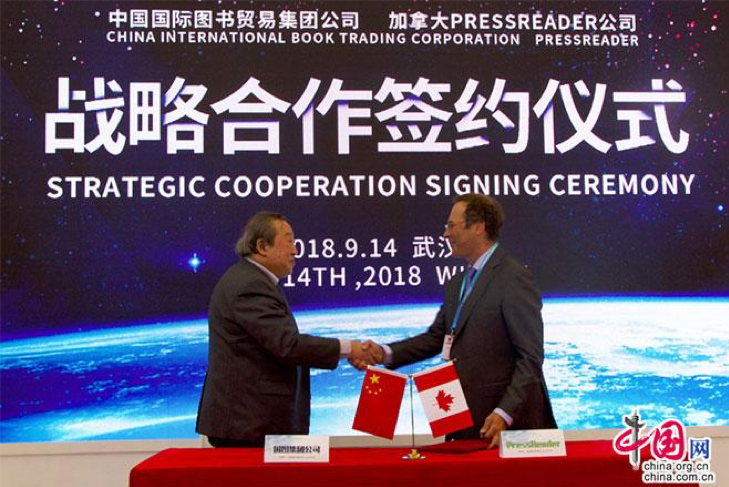 With this expanded partnership, PressReader and CIBTC will work together to create new international markets for Chinese publishers, while giving readers around the world a direct connection to China and Chinese media.

Zhu Xiaojie, deputy general manager of CIBTC, said that he hopes the partnership will help promote China’s best publications to international markets and improve the overseas influence of Chinese newspapers and magazines.

“PressReader can provide Chinese periodicals to 130 million Chinese people traveling abroad every year. Wherever the reader is, whatever device they use, quality newspapers and magazines from China and other countries are at their fingertips on PressReader,” said Nikolay Malyarov, PressReader’s chief content officer. “Those who want to keep contact with China are not only those travelers, but also 50 million Chinese expats and those who can read Chinese content using PressReader’s translation feature.”

With increased marketing support through PressReader’s extensive network of library, hotel, cruise ship, and other brand partners, as well as a global promotional campaign that targets readers directly, more people will have access to Chinese newspapers and magazines than ever before. For example, PressReader now reaches more passenger in more airlines than any other digital content provider.

“It’s an honour to cooperate with the CIBTC to promote Chinese content,” said Alex Kroogman, PressReader’s CEO, “and to deliver it to readers around the world.”

The agreement was signed on 14 September during the Chinese Periodicals Fair in Wuhan, China.

PressReader is a member of FIPP.

When chasing reader revenue, if you churn, you burn

How to make digital replicas work