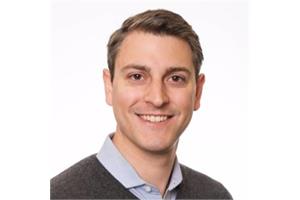 Breton Fischetti is senior director, commerce at Business Insider and one of the FIPP and UPM Rising Stars in Global Media Award winners in 2016 (entries for 2017 are now open). He updates us on latest developments with him, and tells us about things that excite him about media today, business leaders he admires most, and why he encourages his peers to enter the 2017 Rising Stars Awards.

FIPP and UPM’s Rising Stars in Global Media Awards celebrate exceptional young talent within the international media industry, in any discipline. Read more about who can enter the 2017 Awards, and how to enter, here (it’s free!). The top 3 winners will be invited to speak at the 41st FIPP World Congress, taking place from 9-11 October in London, the UK.

Breton has been in digital media for eight years. He started at a division of InterActive Corp (IAC), where he spent two years in several roles. He joined Business Insider in 2011, where he worked on initiatives including email operations, content sharing and distribution, third party revenue and social partnerships, as well as international expansion.

When he won the 2016 Rising Star Award, he was Head of Insider Picks, the ecommerce arm of Business Insider and its sister lifestyle property, INSIDER.

I still oversee Insider Picks, which I also founded. Our mission is simple: to spotlight products and services we believe would be useful to our readers. 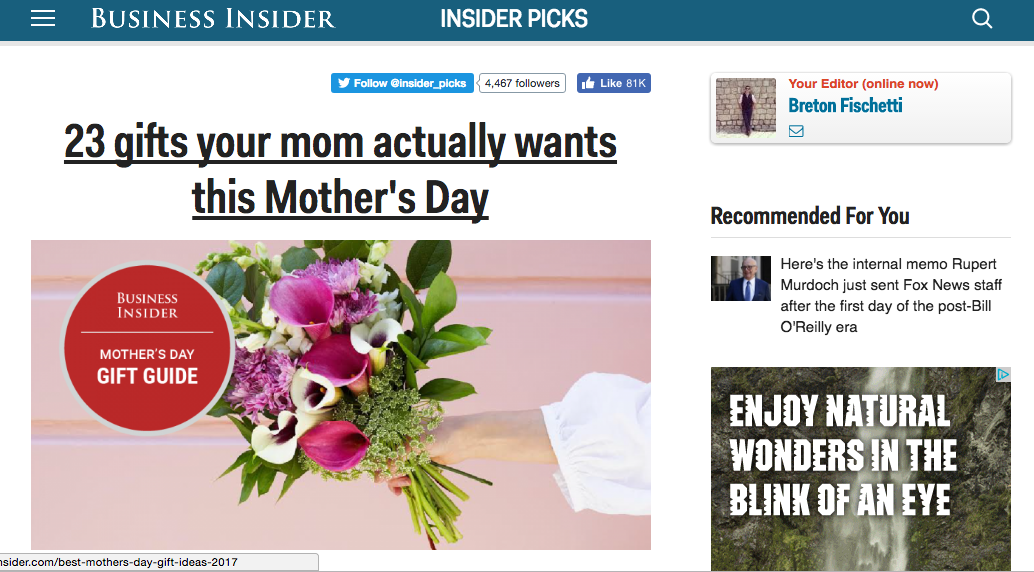 l continue to be focused on growing the business. Since we launched in 2015, our team has grown from one to seven, and in 2017 we expect another year of triple digit percentage revenue growth.

The business has been surpassing even the ambitious targets we've set for it. And we continue to expand our offerings, from new categories to more videos.

What have been the main changes in the media environment for you in the past year since you were one of the Rising Stars winners?

The rise of distributed content continues to be the big story, especially distributed video, including on Facebook and Twitter. We were early adopters of the idea that content should be made available where and how readers (and viewers) want to consume it.

What are some of the future trends that excite you most?

• Subscriptions: I think they're poised to make a comeback. The success of BII (Business Insider Intelligence), our paid research arm, is a solid indicator of this potential new trend.

• Live video: Digital media companies now have a shot at the next iteration of television and the huge scale and revenue opportunities that come with it.

• Instagram: For media companies, it has the potential to become much more than just short videos and pretty pictures.

Media has always been a rapidly evolving industry. And monetising content is more challenging than ever. But I'm confident that a new breed of savvy digital companies will thrive in this tricky yet exciting era.

Who do you admire most in media or related industries?

Henry Blodget (co-founder, CEO and editor-in-chief) and Rich Kennedy (SVP, business and audience development) at Business Insider. They're two of the smartest people in the digital media business right now, and both have a great strategic sense of how to build a company. They're also my bosses, so it's not a bad idea to say nice things about them!

If it isn't too weird to include a third from same company, I also admire Mathias Dopfner, the head of Axel Springer, because the way he's led that company (Axel Springer now is BI's parent company) into digital has been something many large media companies should emulate.

Advice to others starting to make their mark in media

Don't be afraid to try new things! If you look back at past Rising Stars, since winning their awards, most have made impressive bets on new and different things.

Why would you encourage them to enter Rising Stars this year?

It's an honour to be recognised for the work you're doing. And the Rising Star event in 2016 was an opportunity to make some great connections within our industry, which, as we know from the list of Rising Stars, is a truly global one.

• Watch him present Insider Picks in London in 2016 here.

Read more about who can enter the 2017 Awards, and how to enter (it’s free), here. The top 3 winners will be invited to speak at the 41st FIPP World Congress, taking place from 9-11 October in London, the UK.