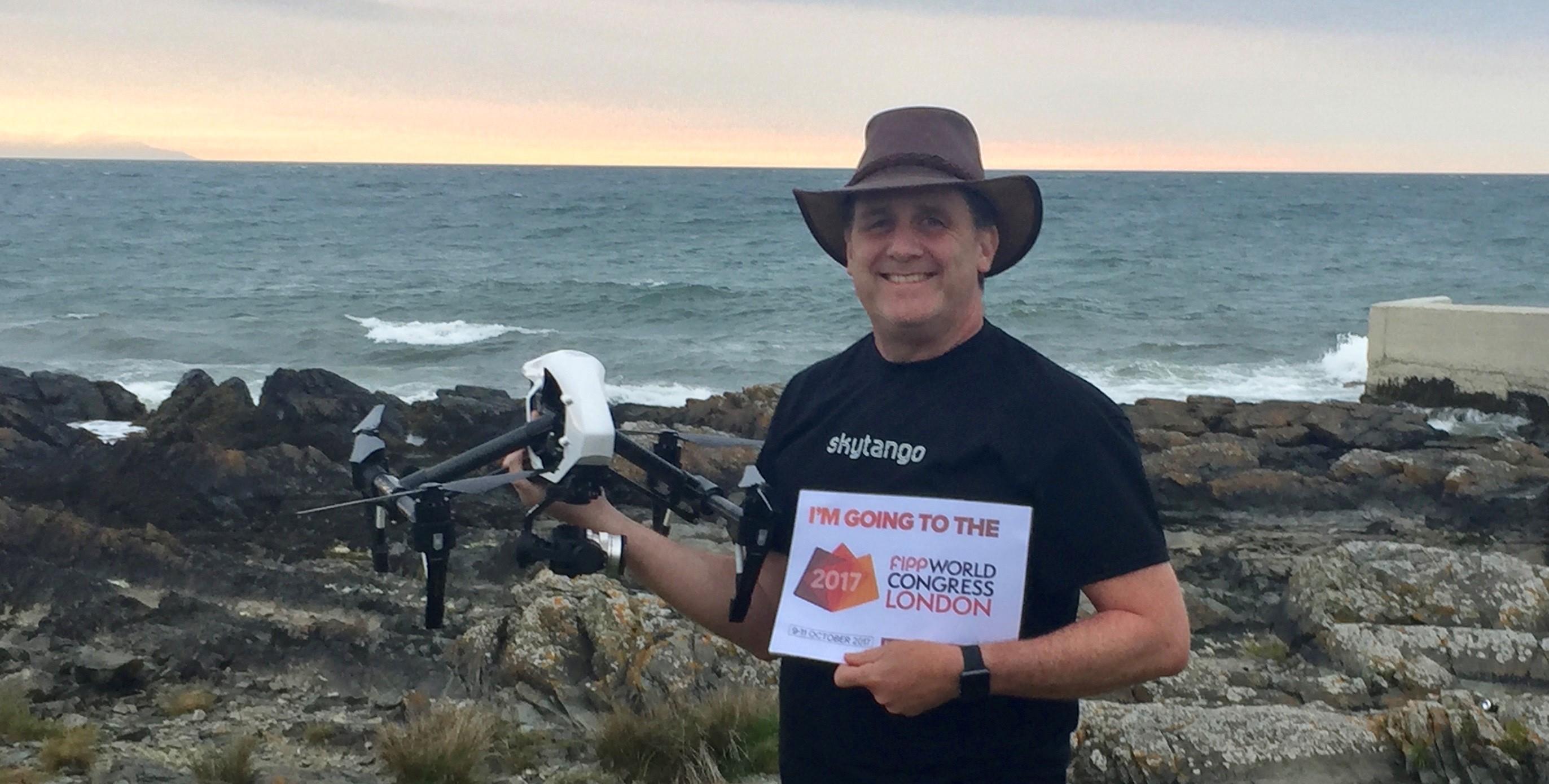 For these companies it’s essential to ensure that they are being flown properly by licensed operators. Certain safety procedures also need to be followed to limit any potential damage that may be caused. “An inexperienced drone user could for example seriously damage a brand,” says Skytango’s CEO and Co-Founder, Steven Flynn.

One example recently was when Ireland’s main TV channel RTE used an unlicensed drone operator to film some footage of a new building, which later turned out not to have the approval of the construction firm which was working there.  “Even worse, an inexperienced drone pilot could bring down a plane,” he adds.

A commercial drone pilot, Flynn set up Skytango in order to provide a system of control to protect all three parties: buyers (ie TV/film companies), landowners and flyers. He believes a lot of the problems are caused because of an inherent conflict between the legal and the creative space. “In the media space, there’s a scramble to get the shot done as quickly as possible whereas pilots like to follow a set procedure.”

Flynn says he has found himself under pressure to get a shot using drone footage in a situation which he thought was unsafe when a stuntwoman was hanging from a crane above a waterfall. However, on another occasion he managed to convince The Discovery Channel to use his drone footage for the TV series Vikings whereas previously the broadcaster had been very reticent. “We got the job and nailed it. They absolutely loved it,” he says.

According to Flynn the cloud-based eco-system that SkyTango provides is reshaping the business of drone operations. Not only does it mitigate the risk for clients, it also addresses data privacy concerns by providing information about who is shooting the footage and what they are using it for.

So far Skytango has signed up two state broadcasters – the UK’s BBC and Ireland RTE. However, it expects to sign up many more publishers and broadcasters in the coming weeks. The way it works is that companies can go on the website to book their pilot. Alternatively, they can browse and buy quality drone footage that they can use in their project in much the same way as buying photos from a photo agency.

In fact, with drone footage becoming more and more popular, the idea of using an online system such as this may well be a popular option with companies looking for a professional, near risk-free solution next time they want some aerial footage shot.