In start-up land, you need to assess multiple elements, as well as the original reason you went into market: 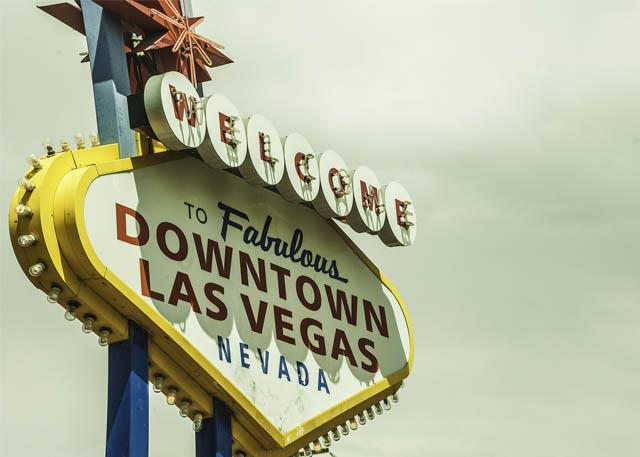 Picture courtesy of jaygeorge from Pixabay.com

It’s the summer of 2015, and Rezonence has just graduated from BBC Labs with a handful of clients and the clear indication that we can solve the challenge facing legacy print publishers.

Publishers, however, were beginning to worry that before they’d even had the chance to transition from print revenue to digital ad-funding, everything could be taken away with the rise of ad-blockers – the most famous of them being Adblock plus.

At the time, as many ad-blockers had been downloaded (281m) as there were active members of Twitter (284m), and worse still, it seemed to be growing faster than any social network ever had – united by what, in the short term, appeared to be a better user experience.

City A.M. wanted to combat ad-blockers, to maximise the opportunity to monetise their 1.2 million unique users per month.

Martin Ashplant, their digital and social media director at the time, said they’d been tracking their audience for two months and found that 20 per cent were using ad-blockers.

“We produce content that has a value and serves an audience that understands the need to make money out of what we do. We have to protect our ad-funded model.”

Martin approached Rezonence to see if we could help, as no solution existed that met their needs. So, as Prash our CEO had done twice before (creating an ad-served solution over CMS integration for Super Yacht Group and adding video for Mediacom), we quickly identified a solution to Martin’s problem.

Here’s one I made earlier

As with all Prash’s solutions, it’s incredibly obvious once he has explained it — yet few would have ever thought of it. And on top of this, he had even thought of it before we had our first customer!

“Our technology needs to be unique (so far) in that it uses an active approach. It comes in two parts: the first locks the content and the second unlocks the content.
The first part is delivered with the page while the second is delivered via an AdServer. If a user has an ad-blocker installed, the second part is blocked which means the content remains locked. If the ad-blocker is turned off, the content is automatically unlocked.
All the other anti ad-blocking technologies technologies we’ve seen only load code with the page and attempt to then detect if a user is running an ad-blocker or not; this method is often circumvented by ad-blockers such as AdBlockPlus.”

In true Prash style his analogy was simple – the ad-served script was the key to the lock! So whilst all other solutions wanted to enter into a tech arms race, fighting AdBlockPlus on the consumers’ browser — where we would be constantly at a disadvantage — Rezonence’s solution chose to fight from a position of strength: the publishers CMS. 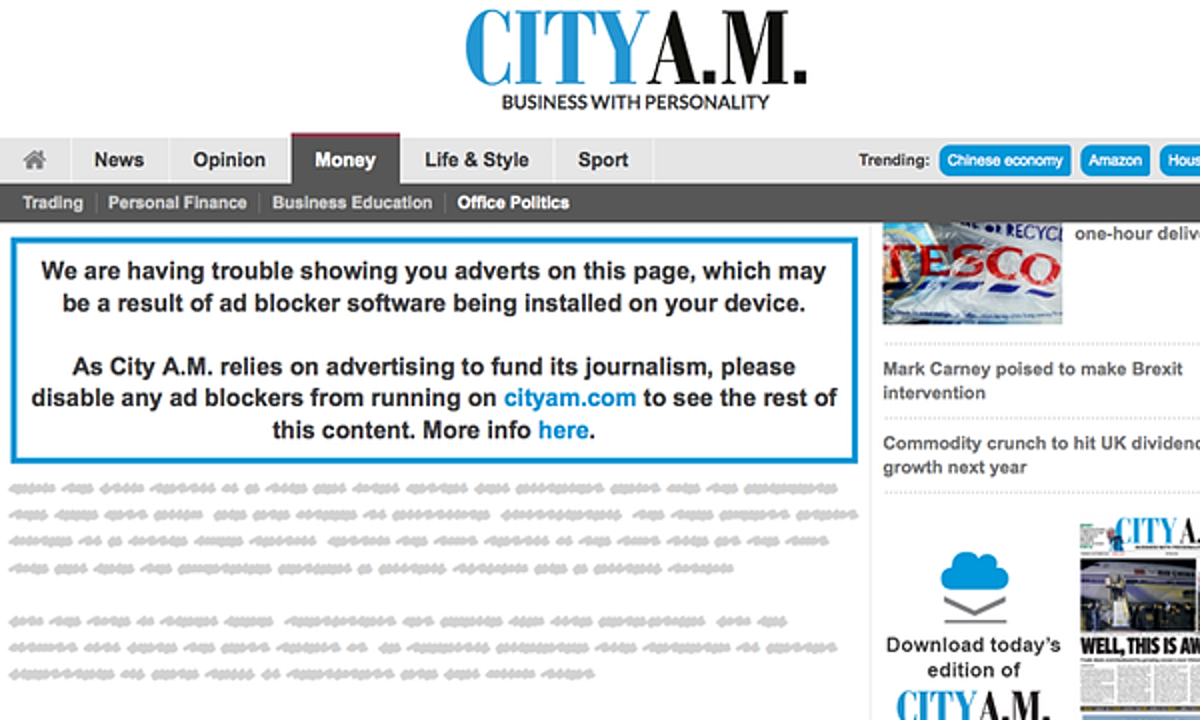 Putting it to the test

Very soon (in tech terms), Prash had developed the technology, and we were ready to test!

City A.M. launched on October 2015 for Firefox desktop users, which make up eight per cent of its audience, and within three months, the test was being heralded as a success by the industry with over 25 per cent having whitelisted.

If you really want some fun, you can read some of the AdBlock Plus hacker threads where dozens of reputable hackers (if there is such a thing!) tried to crack our solution.

We now had a list of clients lining up to use the solution — from B2B, to tech, to consumer publishers and from not just the UK, but across the world. We had coverage from esteemed media journalists such as Dominic Mills and The BBC’s Daniel Thomas, as well as the industry governing bodies (IAB, ISBA).

There seemed to be a mountain of demand for solving ad-blocking. Our solution was proving to be very successful — and better still, the route to market was far simpler than our existing product.

We would only have to onboard new publishers, and did not need to educate agencies and brands, reducing our supply chain by a third.

So it would seem on the surface that we had hit tech gold, with a seemly SaaS solution, ready to scale rapidly.

What would you have done? I was certainly keen to focus the whole team on delivering a counter block solution.

Prash took a much more strategic view, and this is why he is a visionary, not just a tech genius…

“We could solve ad-blocking and give publishers back the 20 per cent of their audience that they are currently not monetising.
But publishers’ existential crisis is not due to ad-blocking — that is another cut to the 1,000 that the loss of print revenue has created.
We need to stay true to the vision of a high yield, open access audience.”

So as you can guess, we stuck to solving reader revenue in line with the shortfall that is being created by the decline in print, and not ad-blocking.

And all those businesses that set up to solve ad-blocking, they have now pivoted, either to GDPR or micropayment solutions (things we are pretty nifty at too!). Indeed it will be interesting to see the impact the GDPR has on the industry — as its almost the inverse of ad-blocking: consumers had to download an ad-blocker, now consumers have to opt-in to data driven advertising.

All in all, we feel comfortable with our decision. We may yet revisit counter blocking measures – but only once we have run out of inventory!

This article was first published on the Rezonence blog.