The lucrative opportunities opening up to media companies in emerging markets will for the most part emerge because of the expected huge growth in media consumption. In fact, it’s still early days for the rapid spread of mobile internet access in new markets such as Mexico, India and Africa and we can expect mobile users with internet access to double in coming years. This stands in vast contrast to saturated markets such as the US, Europe and Japan where markets are likely to “beat up” both incumbents and startups, Marcus Brauchli, co-founder and managing partner at venture-capital firm focused on media and media-related technologies, North Base Media, told delegates to this year’s Digital Innovators’ Summit in Berlin.

Brauchli, a former editor at the Wall Street Journal and The Washington Post, said one of the reasons he started North Base Media was because he realised the world is likely to see dramatic growth in media consumption similar to that witnessed in the middle to late 1990s in China. “This will occur in accelerated forms in emerging markets around the world.”

According to Brauchli, the lucrative and exciting opportunities for talented companies with fresh initiatives now lie firmly in emerging markets because these markets are still far from saturated. “If you are an incumbent player in a saturated market at a time of disruption it really sucks. The market beats you up. It is bloody. If you’re an incumbent you will lose market share and undergo all kinds of painful transition. If you’re a startup… you’re going to burn bonfires of cash trying to get into it at all.”

By contrast, he said, “to create media in much of the rest of the world is still greenfield. People in many countries have little media choice until they get their first mobile phone”. To create a successful media company in markets such as these “you don’t need to steal market share, you build it”.

All of this, he said, is made possible simply because of the rapid spread of mobile internet access globally. “Half the people in key areas of emerging markets still lack mobile internet access. They may have phones, but they operate mainly on wifi and pre-paid plans. This will change dramatically over the next five years. Some countries may even leap directly into the firehose of data 5G… But no matter how these markets get there, there will be a doubling of mobile internet access in most of the word and that will create many new media opportunities as well as (media) companies.”

He referenced Mexico as an example – a country with around 75 million people under the age of 35. Fewer than one in two have internet access on a phone. “Many don’t have data plans and many more only use pre-paid data. In other words, they are abstemious with their data usage. They avoid looking at videos and streaming music when they are not in a wifi zone.” 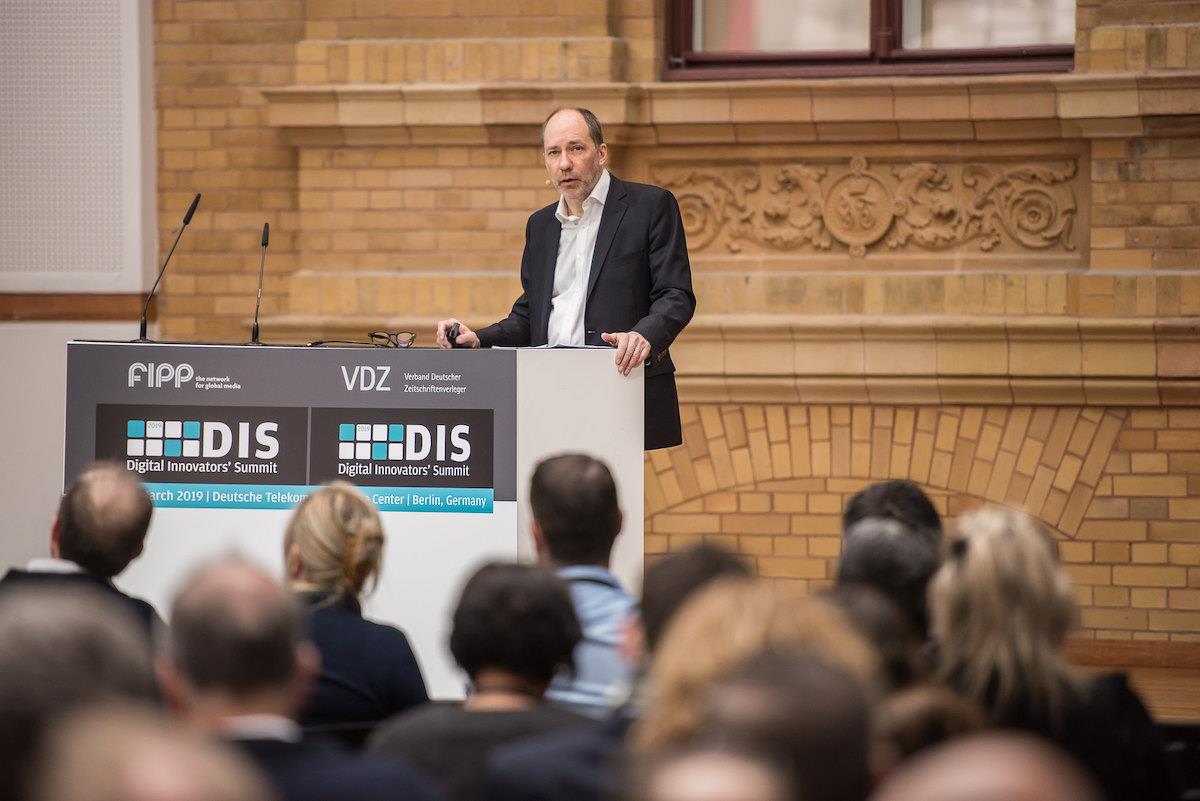 At the same time there is an interesting parallel trend, he said. “There’s an erosion of the monopoly dominance of the entertainment and telephony industries. Where once there were one telephone operator in Mexico, now there are several… And people are not watching as much television from the traditional providers because they are spending more time with American digital entertainment providers such as Netflix.”

It means “secular trends” are already in place for new domestic media companies to grow their business. Brauchli references several interesting examples to prove his point. One company in India is sharing news via WhatsApp. This initiative is already branching into Africa.

Another created an online video channel dedicated to sharing football highlights in Mexico. It is similarly successful. One company singled out by Brauchli, is Pictoline. It is experimenting with fresh and original ways to create and share content in Mexico by creating funny, yet distinctive, illustrations about news and current affairs that is finding massive traction with younger audiences. These images are easy to share on social media and the business model is as he puts it “kind of genius”. Once a week they do a sponsored illustration. The opportunity comes at a premium price and clients can expect to have their illustration, created in-house by Pictoline with full disclosure that it is sponsored, to be shared with millions of followers.

Control over their media destiny

Brauchli said many media analysts ask if challenges similar to those that face saturated markets will not soon also threaten emerging markets. They argue that as soon as these markets become more saturated, increased supply will drive down the price of advertising while the big platforms who already dominate monetising from digital media advertising eat up the bulk of the profits. But Brauchli is much more optimistic.

“First of all, new media consumers in these markets are often new to media. In India and Mexico fewer than one in ten people have ever subscribed to a newspaper or a magazine in their lifetimes. They may have watched television but control over their media destiny by choosing a brand they like and identifying with it is a completely new thing.”

There are also other trends that may favour media in growth markets, although some of these trends also apply to saturated markets. These include:

– Content providers who provide specialised content creates the highest income potential. “There are riches in niches” and in emerging markets “you can create such a space”.

– New media players in emerging markets are finding ways to give advertisers precision engagement and audience data that will rival the platforms.

– Publishers will continue to be wary of platform dominance and therefore experimentation with ways to avoid platforms will increase. “Publishers are tired of being exploited,” he said and this trend will continue in growth markets. “There is a sense that the big platforms are practicing neo-colonialism in their markets.” He said the way India has been regulating big technology might be an indication of what will happen in other markets.

Innovation: Are you ready to embrace failure?