FIPP – The Worldwide Magazine Media Association, held its 40th World Congress in Toronto, October 13-15. The event is the largest and most prestigious global magazine media event in the world. It offers the opportunity to hear from some of the industry’s top speakers on the latest trends, developments and innovations in magazines and magazine media publishing.

I had the opportunity to attend the event and listened to and spoke with so many industry leaders and magazine media publishers who talked about creativity and audience first, along with innovation and change. The energy that could be felt at the World Congress was palpable.

Chris Llewellyn has been the president and CEO of FIPP since October 2009. He is a man who is both knowledgeable, with 30 years in the magazine business under his belt, and open-minded about the future of magazines and magazine media. His thoughts on the fact that he believes the industry cannot be defined by the word “magazine” anymore is proof of that. Chris said that we’re defined by the content we create, how we create it and the audiences we reach, definitely an accurate description in the digital age we live in.

During the World Congress, Chris and I sat down for a riveting conversation about all of those things and many other issues that face magazines and magazine media today. From global digital changes to the FIPP events (such as the World Congress) that help industry leaders and individuals come together to learn the latest trends and innovations in order to do business with each other and discover many other opportunities.

As always, the event was enlightening and insightful, much like the Mr. Magazine™ interview with Chris Llewellyn. I hope you are as inspired as I was. 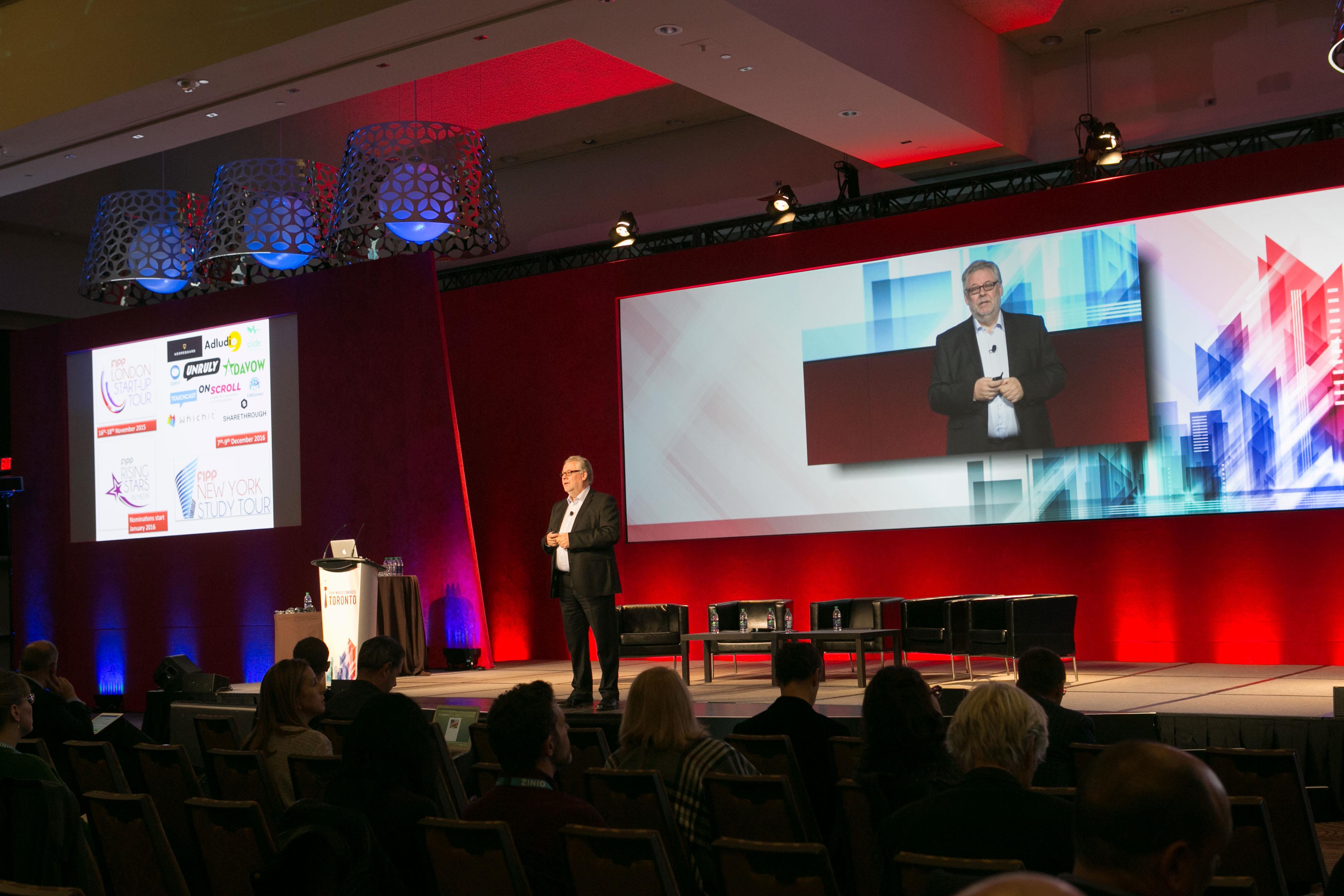 Through the years, you’ve been witnessing the change in the magazine and magazine media environment worldwide, not just in one specific country. What do you think has been the major change that took place in the industry and was it a change for the better or the worse?

There have been some changes that have affected our geography. In some countries they still don’t know there’s change in the air. In China or even in India, magazines are still being launched. If I took more time and looked at the Indian magazine conference earlier this year; I was there five years ago when one of the publishers, who shall remain nameless, said the Internet will never catch on in India, and that was five years ago. This year the Association of Indian Magazines was 90% discussing digital; in India. And I think that’s a sign of the times. It’s changed. We’re talking about the digital transformation of this industry.

I think we’ve gone through the phase of wanting it to be like it was in the past and then the blind panic of what do we do. I think we’re in the phase now where we’re experimenting; some of those experiments are working really well. And we’re finding new businesses and new business models. Actually, I’m seeing a lot of confidence and I’m going to share some information at the conference on how we measure industry pessimism and optimism and it’s becoming more optimistic.

Why do you think it took five or six years for people in the media industry, who are supposedly the most creative people on the face of the earth, to discover that digital is not our enemy and print isn’t going away?

I think there are two reasons and one is your stakeholders, whether you’re public or private, they want a return and they want to launch magazines and make money. And even then we’ve got a problem. But digital just seems like such a gamble. And there are just so many gambles you can make in a year, so you have a lot of failure. And a lot of shareholders started resisting that level of investment. I think now as we start to see some success, they’re starting to see it too.

And that’s one issue, the financial pressures. I think the other one is a generational issue. I’m a Baby Boomer like you are, and it’s hard, isn’t it? It’s really hard to understand some things.

I know exactly how to put a magazine together, there’s nothing you can tell me about the design of a cover and the flow of the pages and what makes a good story or why that logo is that colour and why we should use that type font. But I have no idea if any of that works on a website. I’m learning, but it’s going to take a lot of time.

Meanwhile, there are 26-year-olds who just do it. And that’s another thing that we’re seeing now, that generation of managers, the Baby Boomer managers, who don’t understand accepting that they’re never going to learn from the 26-year-olds. And the role of those managers, and we have some of this information from FIPP surveys that we do with our members, those managers now if you asked them what are the most important things they’re looking at, the biggest thing that they manage is culture, not product. They’re not looking at the nuts and bolts of the business, it’s the managing of culture that’s the big change over the last three or four years.

And that’s what has taken us so long; it’s that manager-mindset that had to grasp what its real role was. And we needed shareholders, people who fund what we do, to accept that things don’t always work as they used to.

As you travel the globe and head an association that brings all magazines and magazine media companies together; what do you think is the biggest challenge that we’re facing in 2015?

If you look at my program from this World Congress, you’ll see that this isn’t a magazine conference. Peter Kreisky and I argue about who invented the first magazine major, but that in itself is becoming redundant as a phrase.

If you see my program, we’ve had BuzzFeed, Huffington Post, the Business Insider, Politico; Slate was on this afternoon, world famous magazine companies, world famous content creators, and world famous audience aggregators; yes, that’s what we are. And I think defining us as magazines is over-summing.

I did an interview with Bob Garfield not too long ago. He said our biggest competitors today are companies that really don’t consider themselves media companies, such as Google, Facebook and Twitter. How is FIPP helping the magazines and magazine media companies complement all of these new competitors?

By exposing different levels of thinking, by bringing more examples into the picture. Again, look at this Congress. The events are really what it’s all about. We’re there to network. We’re not there as a national association that does lobbying and argues with different services, things that I find extremely necessary, but frankly boring. We’re there to help the members, but that’s businesses. And the way to do that is meet face to face. That’s the best way to do it.

It’s interesting, talking about one of the big innovation trends coming, which is Refinery29, they’re speaking at my conference in Berlin in March. I’m exposing them to a new audience that wants to see and hear about these people. FIPP’s objective is to find people you’ve never heard of, because they have something to say.

I noticed at this FIPP Congress, a lot of companies are trying to license their products and to reach across borders; do you think in this digital age we live in, licensing and going across borders has become easier or harder?

Ironically, both, which is not very hopeful. If you’re an English-language publication, your audience isn’t just, from my point of view, the U.K. And if you’re American, it’s not just America. You have to do business across borders. And there are great opportunities there.

But what you also find is borders do still exist, borders of culture and language and borders of this-is-how-we-do-things-here. If we go back to India, the Bollywood magazine, I think it’s Filmfare; suddenly, they sold their digital edition to the Indian diaspora and they’re rubbing their hands with glee. They’re making more money off of that than they ever did in India.

What the digital change has meant is content can become feed really quickly and easily. Content management systems make that easy. I think they realise that there’s an international opportunity, look at the Huffington Post My Story. I think what they’re doing is probably the right way. They’re getting to market quickly.

George Green is here, the grandfather of 50 editions of Cosmo; we were doing this 30 years ago. And I just discovered the joy of having an international network and how it amplifies your brand and your opportunity to make money.

They key thing for FIPP is we bring an industry together to work with each other. And that industry now is the old silo definition of breaking down. We’ve heard of silos within an organisation breaking down, but it’s happening in associations. We are no longer defined by magazine; we’re defined by the content we create, how we create it and the audiences we reach. So, I think FIPP is about content reaching defined audiences. And therefore our events and products and services will start to reflect that, so it’s not about “here’s good news for magazine publishers,” it’s about “here are some people producing some great content and distributing it in a really interesting way and there’s a business opportunity getting together.”

What motivates you to get out of bed in the mornings?

It’s such a great job. I’ve got 30 years in magazines. I love magazines; I love the brands that we have in this industry and I’m really excited about what those brands are doing and I lead an organization which I think its job is to get out in front of what’s happening. And that’s really interesting.

It’s all about innovation. I was a marketing manager, but I was also a marketing research manager for a long time, specifically on new products. Something new and exciting has always gotten me out of bed. I don’t want to be doing a budget for the same thing for the twentieth time.

So that’s really what motivates me. This is not about industry; these people are really interesting people. They’re clever, they’re smart and intelligent and they have interesting things to say. You really want to work with them.

My typical last question; what keeps you up at night?

Nothing really; I sleep pretty well. I think when I was at EMAP, that’s a publishing company I spent the bulk of my career with; you were really involved in the day-to-day activity and as a manager the accounting of everything, especially when they had to announce to their shareholders why we were down three percent. Well, no one is asking me that at FIPP, which is a great release. The Board doesn’t measure me on a P&L. The Board doesn’t measure me on year-to-year growth. The Board measures me on is this event delivering. And that’s wonderful. And that makes me sleep easier because I can do that

Podcast: Chris Llewellyn on why you should be at the FIPP Congress