Earlier this week, US President Donald Trump took to Twitter again to attack the traditional media, asking if he should ‘Take away [the] credentials?’ of journalists. In shorthand this means implementing further press censorship, a move he feels justified based on the belief that “91 per cent of the Network News about me is negative (Fake).” Of course negative does not necessarily mean fake, but at a time of heightened awareness around the validity of news-sources online, it’s an easy – and characteristically lazy – way to question media integrity.

It’s a stance that is in part at least being echoed in the UK, where press regulation is back in the headlines following a recent cross-party Parliamentary vote. While commentators continue to debate the socio-political connotations of further press regulation vs the spread of fake news that has undoubtedly been fuelled by social media in recent years, the conversation has real-world implications for the industry. Trust has always played a key role in the reader-publisher relationship, and it’s in danger of being eroded.

At the PPA Festival, three editors from leading UK publications, including Matt Kelly of The New European, Emma Maier of Inside Housing, and GQ’s Dylan Jones gave their views on modern media relationships with audiences. 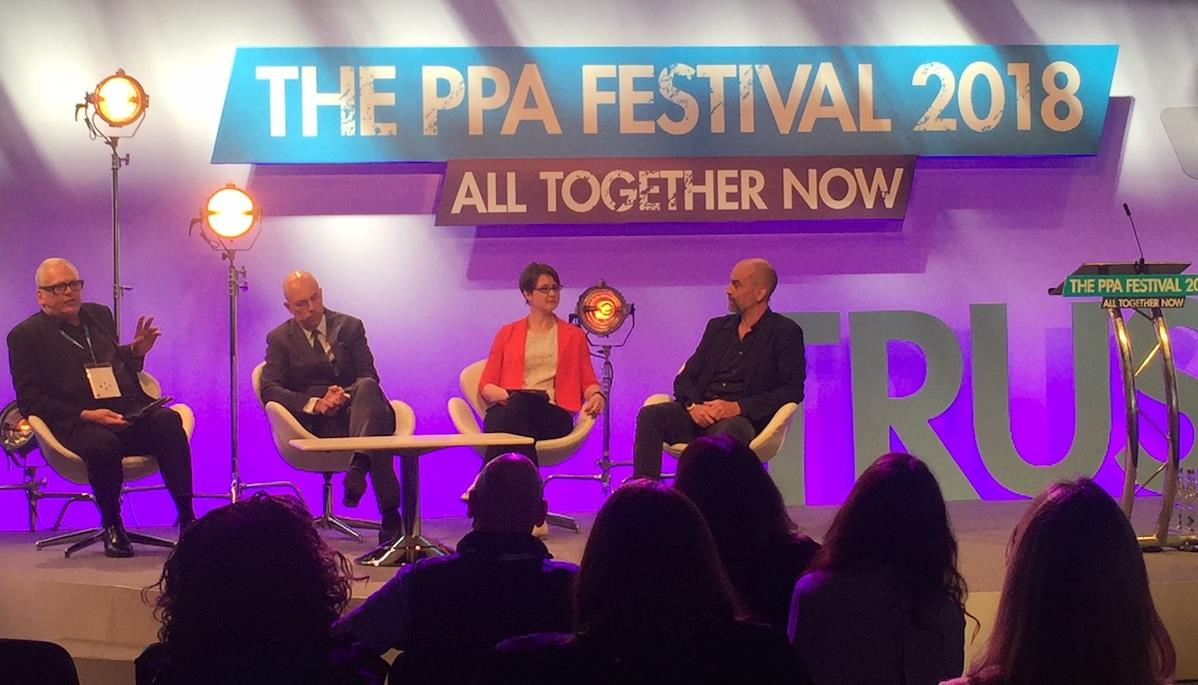 Matt Kelly, editor, The New European, and chief of content for Archant

“One thing we did early on was to ship in as many experts to write for the publication as we could,” said Kelly. “I think that was inspired partly in reaction to Michael Gove, the staunch Brexiter who had previously said that people hated experts. So we got in a lot of academics who might not necessarily have written before for mainstream papers, but had a talent and a background and often quite partisan views.”

“That approach was important because it showed that we weren’t coming with the pretence of being impartial. Suddenly there was this thing here for the 48 per cent of the population who voted against Brexit, and you knew where you were. When you’re dishonest about agendas that’s where a breakdown in trust can come into play, and can become dangerous – we can all name newspaper publications that just push the Editor’s agenda on the audience.”

“Community is another hugely important thing, and I think The New European brought back a sense of community amongst many of its readers. At Archant, I have become very interested in rebuilding the connection between local media and local communities. A lot of that stems back to the idea of helping to build a community rather than simply serving one. Many of our named writers do it for less than they would for other publications because they are extremely passionate about The New European brand and what it stands for. And at Archant more generally, I measure things now like footfall into the office, letters to the editors, engagement with local SMEs. Those are the things that give a very precise look at how you’re doing genuinely within the community.”

“Our publication has as a long tradition of campaigning and investigative journalism. Grenfell is the one that people generally know us for but actually we were campaigning about and writing on building safety issues long before that.”

“I think more generally in B2B media we’ve got quite a closed ecosystem so it can be quite a circular relationship with readers. We have to demonstrate we know and understand every last detail of our industry, probably even more than those within it themselves. But equally because we always call upon people in the industry to offer expertise and opinion, you’re always looking for that balance between challenging your audience vs. properly. understanding the issues.”

“With Grenfell, we didn’t just sit down and pick out that one issue, but in fact as I say have been writing about fire safety in tower blocks across the UK – that type of fire could have happened in many of the buildings across the UK. We’ve looked tirelessly at the various changes that should have been made, and the recommendations that have largely been ignored by the government and fire services. It can be particularly difficult to drag out the details of fire safety information with regards to cladding and so on, but this is important – one of the really big pieces we have worked on for some time is seeking and analysing fire risk assessment documents for individual buildings.”

“Quite early on I realised that the industry didn’t just want a PR publication that was constantly writing about how great our sector was. Of course you do can a certain amount of resistance when investigating issues relating to specific landlords and buildings. But more widely people are generally just very helpful and welcoming of a publication that challenges and informs the industry. We continue to make sure we are asking unique questions and finding unique answers for our readers.”

“GQ is about to celebrate its 30th birthday. In the 90’s, I think we had something like 18 competitor magazines in our marketplace, and now there are probably three. GQ is undoubtedly the most successful. And of that all comes down to quality of content. Apart from the odd fashion supplement in the magazine, each and every one of our articles in print and digital is read by lawyers. There is so much crap out there and actually these days the more care you take the more you stand out. It pays off. The New York Times has some great figures these days for example, the Guardian’s subscription model looks to be gaining momentum, and when you look at The Times that publication is doing some great work.”

“We live in very different times these days, the business models are very different, and in all seriousness many of the recent changes we have made to our brand should have been made many years ago. We now for example have people working on a central digital hub. It comes down to where you make your cuts and you always have to protect the content/editorial. You’ve got two things: brand and content, and as soon as they go, you’re in trouble. Look at BA for example which is now trying to compete on two levels (quality plus cost effectiveness) and not working. That brand will be tarnished. All we have is our content. The protection of what we do in the industry is so important.”

“The whole thing is about protecting content and not sacrificing that at the expense of growth or clickbait. If you just focus on a relentless march towards growth then you really become nothing more than a delivery system. We put quality content everywhere, across print and digital, and I don’t think what’s ‘good’ has changed over the years. Maybe it sounds a bit pompous but what you’re really doing these days is holding up the bar standards-wise. And on top of that, as has always been the case, to have to retain subjectivity because if you’re not interested in what your brand is putting out there who’s going to be.”

The Mr. Magazine™ interview: How GQ takes print seriously and has the robust content on all platforms to prove it

Chart of the week: The EU’s most trusted news sources