The big challenge is changing and adapting to a digital consumption market, and this transformation posed some existential questions: what is a magazine – a format, or a form? Formats can die, go extinct; but if you’re a form, you renew and change. Music formats, like records and CDs, die – but music itself is alive and kicking. In this way, the New Yorker had to rise to the challenge of preserving the old brand while using the new digital format. 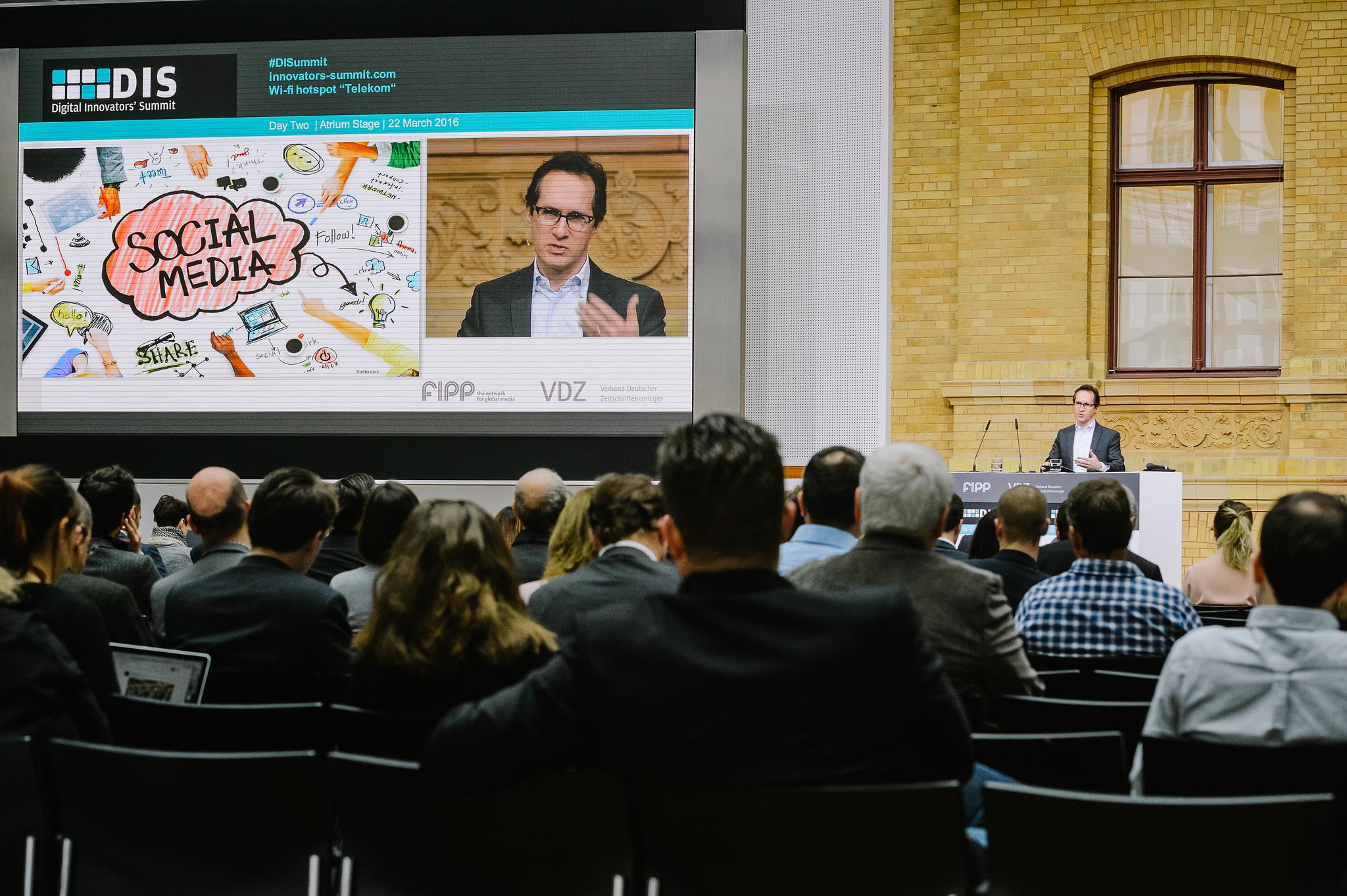 Experimenting in the digital age

Finder explained at today’s Digital Innovators’ Summit that the processes they considered, then discarded, when deciding how best to monetise the online version of the magazine. They rejected the idea of distributing it free, and didn’t believe micropayments was viable; instead, they built a website, and in around 2012 developed it massively for a user-friendly experience. They conceived that the website would be the daily equivalent of the magazine, with the usual mix of humour, cartoons, news, and features, making the perfect counterpart to the weekly magazine while retaining that distinctive New Yorker voice.

Once this was established, they then cropped the content in strategic ways, trimming the contributor numbers to narrow the talent pool, and getting those selected to write more often in order to deepen regularity and familiarity. In short, Finder said, they chose quality over quantity.

“We think of the New Yorker as a carefully cultivated garden”

But how to get readers to value it? Initially they experimented with having some content in front of the paywall, and some behind. During the summer of 2014, they decided to make a radical departure from this, and during this ‘summer of free’ made archives and all issues free for a couple of months, serving as a trial period in which they could teach readers what could be available to them if they paid.

After carefully tracking traffic, they looked at the idea of a turnstile which would allow visitors access to content a certain amount of times before asking them to pay – so they set the number at six free visits per person per month. This time, they put much more of the in-demand content in front of the paywall to entice people.

Finder described the thinking behind this. “We think of the New Yorker as a carefully cultivated garden that people actually want to visit,” he said. “In which people want to be key-holders; want to belong to the realm.”

Finder also emphasised the importance of non-linear trends, offering his top thought for the day: that when you hear someone saying “it’s the death of something”, to think again. Things decline, but they generally reach an equilibrium, and then they can come back – like podcasts.

For the New Yorker, the primary bond is with the reader. They make sure that a piece has been written and written well first, and there’s no strategic use of certain words or names to improve SEO/SMO, and they don’t AB test with content.

This is because in addition to the quality of the content, the quality of the traffic and readership matters: their general philosophy at the New Yorker is to forsake dimes now for dollars later. Lifetime subscribers, notions of membership, are key to building a lasting community. They’re looking for people who value what they have to offer, and as a result their social media strategy is all geared towards the lifetime value of the subscriber.

On this note, social media, while important, is not the main way they try to gain new subscribers and build their digital audience. What Finder called “the challenge of broken loyalty” – when visitors arrive at the New Yorker website via social media – is tempered by the fact that people who arrives via the newsletter is 30 times more likely to subscribe. As a result, they’re focusing on reaching people through direct links and direct content, not social media.

In his concluding remarks, Finder highlighted that the site works well on mobile, but they refuse to do “snackable” content – longform is what works with the New Yorker brand. By way of example, their piece on the geography of the Pacific Northwest has garnered the equivalent of two centuries’ worth of engagement, and the anniversary of Hiroshima also generated huge engagement. They continue to emphasise accessible longform while not skimping on their traditional print loyalists. There is certainly an appetite for the “deep dive” – now that the pendulum has swung away from short, snappy content in favour of high-quality longform, they’re glad they were true to themselves.

How The New Yorker’s paywall fuels its growth