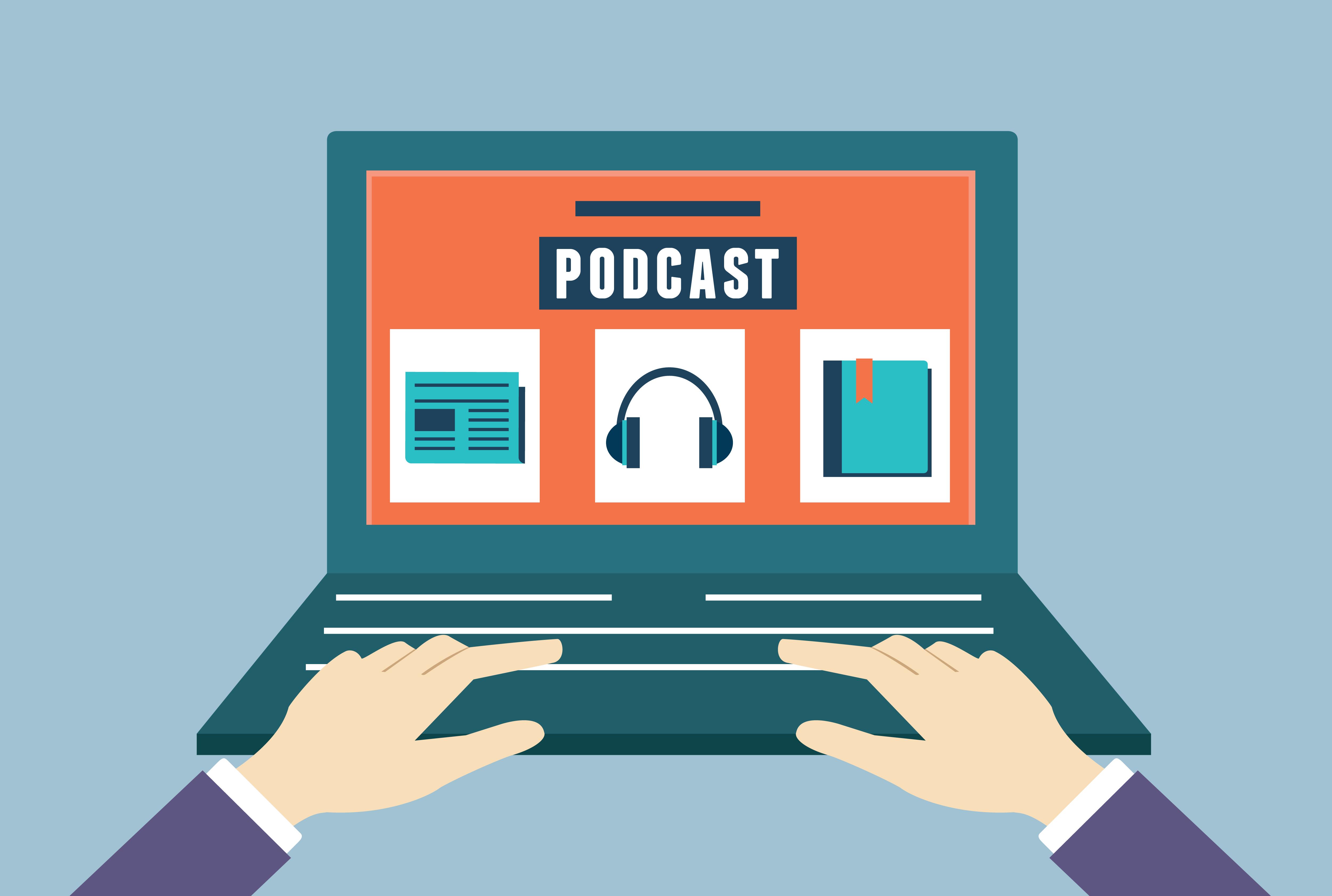 One of the most interesting take outs from the FIPP Congress 2015 in Toronto was the way in which some media companies are predicting big things for the humble podcast.

The audio format has been steadily growing in popularity among both millennials and older generations, and now brands like Slate are suggesting that it could be a significant new money earner for upmarket digital titles.

Here then are eight media brands who are delivering informative, innovative podcasts on a regular basis

This 20-minute podcast takes a look at some of the ideas which have emerged in the business world and discusses them with top guests – including the CEOs of Starbucks and Amazon, director Francis Ford Coppola and Facebook COO Sheryl Sandberg. Whether it’s the benefits and drawbacks of swearing as a manager, what it means to be an ethical leader or how to structure your day to maximise productivity, the interviews are short, informative and sure to leave you with something to think about.

The Out Loud podcast features thought-provoking discussions across a 20-minute window, taking content from the weekly magazine as a point of departure for fascinating tangents – recent examples include why we are drawn to things we find disgusting, the parameters of the contemporary R&B genre, and a very meta look at the format of podcasts and why we love them. The guests are always interesting and the podcast combines humour and intellect in the unique way we’d expect from the New Yorker.

This 25-minute podcast from the Guardian fuses all the main stories from across the week, focusing mainly on UK politics, but touching on political news from the USA and elsewhere, too. Topics range from young people not voting, to Jeremy Corbyn, ‘pig-gate’ and drone strikes, and covers them in a composed and edifying way. It complements the Guardian’s style, consistently taking news seriously and tapping into the stories its main audience will find most interesting.

4. The Guardian – The Long Read

This is a good example of why the Guardian’s continuing online expansion into video, audio and longform helps it to reach a greater audience. A narrator reads out audio versions of the publication’s long reads, often with added flourish and lasting an hour or more. Giving readers the option of an audio format in addition to the written version (which can be upwards of 2,000 words) acknowledges the different preferences of its readers and increases accessibility to The Guardian’s content.

The Cut, a regular podcast from the Telegraph, covers all things entertainment and hosts exclusive content for the site. Mostly run in video format, The Cut has featured some impressive guests – among them Ed Sheeran, who gave a live performance of a hit song, and Mumford and Sons. Video interviews with artists are accompanied by a shorter written article beneath, widening access to the content and jazzing up textual music journalism with more exciting audio.

This may not come from an established media company, but the host really knows his stuff – and works for Google. Self-deprecatingly billed as ‘Uzo Ometu, serial (aka: failed) media entrepreneur and media mogul wannabe, covers all things media related,’ The Media Man features discussions about the latest trends in digital media, entrepreneurship and marketing strategies. It makes for fun listening for anyone with an interest in digital innovation.

Pivot is the new podcast from the brand behind GE Reports, a magazine which attracts half a million monthly readers for its stories on emerging technologies. As Contently summarises, Pivot is ‘made with developers in mind’ and ‘explores what it would be like to create world-changing apps for the Industrial Internet of Things (IIoT) using GE’s software, Predix.’

The premise of the podcast is bizarre – ‘the semi-fictional podcast about very real opportunity’ – but, against expectations, it works incredibly well. Two fictional developers brainstorm ideas for disaster response apps after a (fictional) earthquake strikes in the San Francisco Bay Area. From here on in, interviews with tech experts, such as Tim Connors, leader of AT&T’s Internet of Things Service, help listeners establish how the developers’ concepts would play out in real life. It’s hard to get your head around, but has received a very positive response from listeners thus far.

Key emerging upmarket US news brand Slate is one of those championing podcasts, with its chairman Jacob Weisberg explaining to the FIPP Congress in Toronto last week that he sees them as a way of adding both revenue and credibility to the brand. Slate recently debuted its Academy sections with its History of American Slavery. The offering is built around a series of insightful, and academic podcasts, but is also accompanied by supplementary material such as articles as well as Facebook group to encourage thoughtful conversation. It will be fascinating to see where Slate takes the academy next.