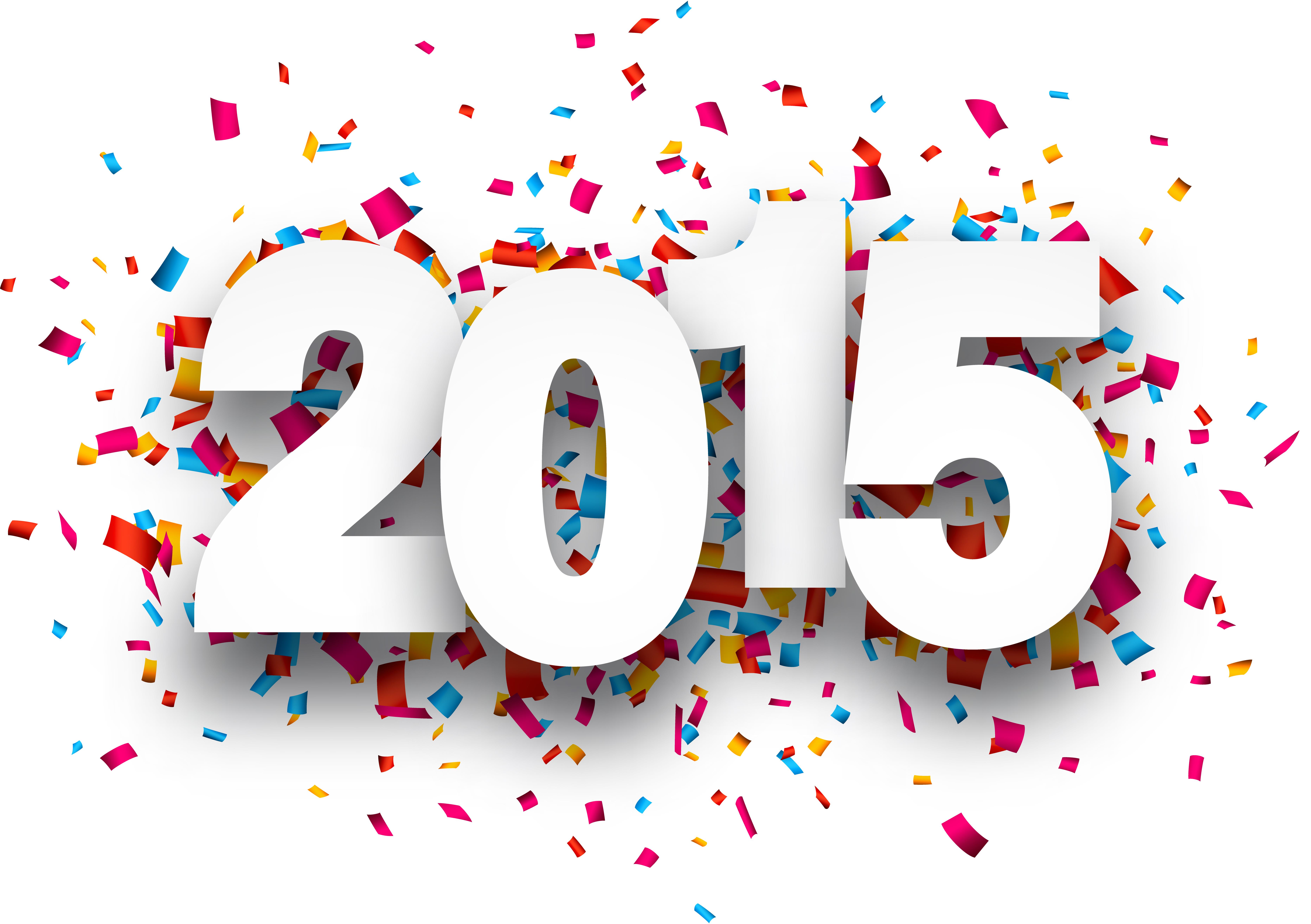 That isn’t to say that there haven’t been some significant events which will have a profound impact on the development of publishing in the next few years. Here then are what I think are among the most important.

A slowing down in ad revenue had lead some publishers to suspect that ad blockers, like Adblock Plus, might actually be a lot more popular than the industry believed them to be. The watershed moment came in August when Adobe and PageFair published a report that suggested that more than one in five Germans, and a similar number of Brits, didn’t actually see any display ads.

What followed was a season of publishers agonising over the growth of ad blocking in a very public way. Ironically all the online discussion around the blockers lead to downloads of the software soaring. To make things worse for the media at around the same time it became clear that Apple wasn’t going to stop ad blocking software from working on the next generation of its iPhone operating system. A perfect storm appeared to be brewing.

All manner of options have been suggested and tried to stop the spread of ad blocking. In the UK CityAM became the first media company to stop anyone with an ad blocker from seeing its content. Other companies have responded by asking readers as politely as possible to whitelist their sites. Then there are a few publishers who don’t appear too concerned. News UK commercial chief Dominic Carter was fairly sanguine about ad blockers when he spoke to The Drum in November. However for many media companies haemorrhaging 20 per cent of their display ad revenue is hitting them hard.

Along with ad blocking the other major topic worrying publishers in  2015 was the rise of integrated platforms. From Facebook’s Instant Stories through to Twitter’s Moments, there were launches everywhere. The big issue for publishers was whether or not to get in bed with the social platforms.  As Jacob Weisberg of the Slate Group said at the Fipp Congress in Toronto in October “the upside is that if this is where the growth is for publishers. The downside is that you are holding hands and jumping off a cliff as you are hostage to the plans of the giant tech companies.”

There is however one social platform that has become an exclusive publishing club and that is Snapchat’s Discover. Almost overnight it became an important source of both traffic and revenue for the handpicked number of publishers who Snapchat let behind its virtual velvet robe. The Mail Online was so impressed by the way that the messaging service could nudge millennials towards its content it formed Truffle Pig, a new advertising agency with Snapchat and ad giants WPP as its partners. Discover, and how Snapchat scales it, is likely to remain a huge story for much of 2016.

The Sun’s paywall comes down

The official announcement came in November, but the UK’s most popular tabloid newspaper had been slowly dismantling its paywall for several months. The experiment, which had used Premiership goals, and other video content to entice punters, simply hadn’t worked and the News UK title was in danger of becoming something of a sideshow online. At the time of writing the reborn Sun Online’s user figures are creeping up. Yet it’s still way behind its key rival The Mirror, which has almost four times as much as traffic, and an also-ran compared with the UK’s most successful online properties The Guardian and Mail Online. It will be fascinating watching The Sun’s rush for online growth, and the tactics it employs to achieve it, in 2015.

These days it is virtually impossible to enter a British underground train station without having someone thrust a free newspaper or magazine into your hands. This year saw two high profile freebie launches Coach Magazine, a fitness/lifestyle magazine aimed at 25-45 men and, perhaps a little more surprisingly, Time Inc’s 65 year old music title, The NME. The weekly newspaper’s paid for readership had dropped to a point where it seemed almost unsustainable. The revamp has massively increased its circulation, though it remains be seen if the title can attract the young, loyal readers that the publisher craves.

These days publishing is very much a global business. From the multitude of international versions of The Huffington Post through the groundbreaking African expansion of Burda. So it wasn’t hugely surprising that leading German publisher Axel Springer bolstered its English language portfolio by purchasing the acclaimed website Business Insider for $442m. European media companies snapping up US digital start ups is clearly going to be a very important trend for 2016.

Somewhere in the in trays of most of the world’s leading publishers is a memo that asks the question ‘what should we do about smartwatches?’ This year Apple supercharged the market by launching its own watch thereby increasing market penetration to over twenty million. Samsung had its own version built around an operating system called Tizen, while Google continued to push Android Wear via companies like Motorola and Huawei. All three systems are distinctive and largely incompatible, which ultimately meant that most publishers sensibly adopted a wait and see approach to smartwatch phenomenon. A few, like The Guardian, delivered impressive news notifications options, but the slew of apps from media companies that some industry insiders had predicted never materialised.

Serial and the rise of the Podcast

In the UK, at least, 2015 has been the year of the underdog. “Jeremy Corbyn will become leader of the Labour Party and Leicester City will top the Premiership,” said absolutely no one in January…  The most significant underdog to emerge in publishing in 2015, has been the podcast. A technology that most publishers had written off a few years ago in favour of video, rebounded in a huge way in 2015. The catalyst was the massive success at the end of 2014 of the podcast Serial, which captured the imagination of millions of listeners. Since the content publishers from Slate in the US, to Wallpaper in the UK have re-imagined their podcasts and attracted ever larger audiences

One of the keys to launching a successful online title in 2015 is to have a great story. The Pool, a female focused site which debuted in March, boasted several. For starters, one its co founders is Lauren Laverne, a BBC Six music DJ and TV presenter, whose influence in both social and traditional media meant plenty of pre-launch publicity was assured. Secondly The Pool’s format, largely devised by co-founder Sam Baker, was unique in that it offered content in a time segmented way more reminiscent of broadcast media than online. The Pool’s success though has, in my opinion, largely been down to the quality of the content, which has helped establish it as a much loved part of the UK media landscape in a short space of time.

NYT takes VR to the masses

Throughout much of 2015 there has been ongoing discussion about exactly what Virtual Reality video offers to publishers. In November the New York Times finally took the theory and tuned it into a practical experiment. Its weekend magazine came with a pair of VR glasses, which meant that viewer could see a small selection of specially created films in a kind of 3D style. The feedback was mixed. Some pundits heralded it as the start of a new era in online video. While some readers just said that the footage gave them a headache. Overall though the NYT was hugely enthused by the experiment and it seems very likely that other media companies and brands (Mini and General Electric sponsored the NYT content) will take VR s a step or two further in 2016.

The SXSW festival in March, and the weeks that followed, were dominated by discussions about two new live video streaming platforms – Meerkat and Periscope. The latter – backed by Twitter and arguably much easier to use than its rival – seems to have won the early skirmishes. Media companies were quick to jump on the bandwagon with everyone from the BBC through to TheNextWeb offering live streaming via the format. Enthusiasm for live streaming seems to have dampened a little since spring, but media companies passion for video is unabated. The Huffington Post announced at the FIPP Congress in October that next year it expects 50 per cent of its content to be video based. The battle for dominance of online video really has only just begun.

Five predictions for the future of publishing