The UK Professional Publishers Association (PPA) Festival took place at Tobacco Dock in London last week, and high on the agenda was the theme of leveraging traditional magazine brands across emerging platforms. Unlike the previous industry shift from print to digital, which saw the migration of magazine content online, this new wave of transition focusses on creating unique and original content for new channels.

“We are the official podcast of the world’s biggest movie magazine,” says Hewitt, who in addition to being a writer for the magazine is now also the host of its podcast. “We’re actually one of the world’s biggest movie podcasts, second only in the UK to Kermode and Mayo’s Film Review, providing regular episodes, news reviews, Q&As, and specials with where we talk to directors. The show has hosted some of biggest names in movies including Harrison Ford, Tom Hanks, Denzel Washington, and Emily Blunt. Having begun in 2012 we quickly established a base of about 10,000 listeners within the first two weeks, and now in 2018 average a weekly audience of 30,000 – 50,000.” 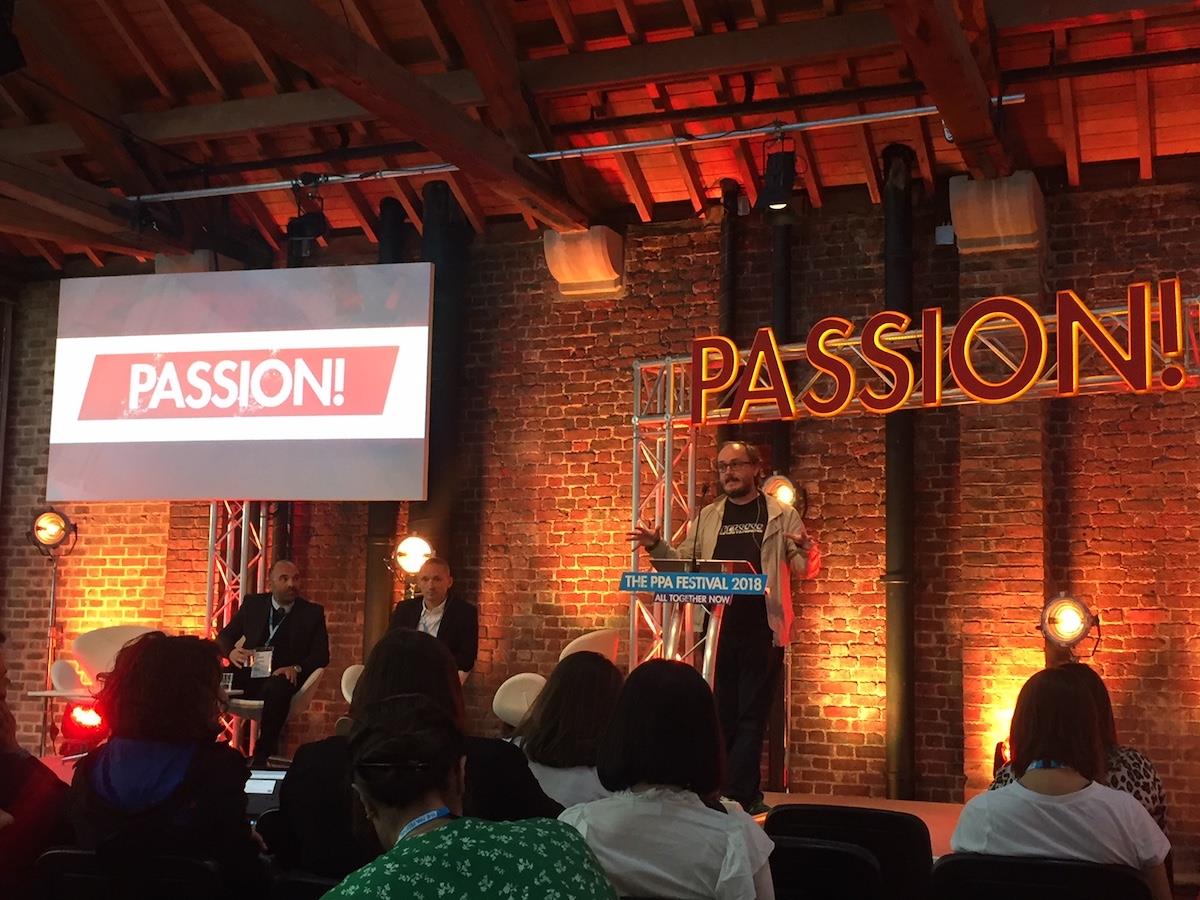 “A few of us had been asking for a podcast for some time, but the higher-ups were dithering, so just went ahead and did it. Don’t wait for permission. We created something that reflects the brand that we were already seeing in print, that educates and entertains, informs about film, and is hopefully also intelligent and informed. That had always been the magazine’s philosophy so it’s the same with the podcast.”

“With that said you should also be careful to reflect your brand, not replicate your brand. Empire should always be your friend down the pub who knows a lot more about movies than you, and what we do is to translate the daily conversations we have in office into a podcast format. Once you establish yourself you can begin to tighten the synergy between mag and podcast, but however you approach it you must have passion and love what you do – don’t simply launch because everyone else is doing it.”

With a small team and increasingly accessible technology, podcasts can offer a low bar to entry in terms of the costs associated with producing new content. However as Hewitt admits, by the same token it is not necessarily a high-revenue platform, even for an established brand like Empire.

“Making money from podcasts is possible, but you won’t have a lot of joy,” says Hewitt. “We are a very small team. I host, produce, book guests, edit, and all-in the podcast takes up about half my working week (plus a few evenings and weekends). We do make a bit of money on the podcasts – although not a huge amount, and that’s predominantly through advertising and a bit of sponsorship. There are a couple of live shows a year, and recently our 300th show sold out a 400 seat theatre – we split the revenue 50/50 with the venue.”

“Merchandising also seems like a possibility, although we’re yet to really explore that, and in the future it would be interesting to explore the subscriptions model. If you look at something like the Anfield Wrap for example, that charges £5 (US$6.80) for about 30 podcasts per month. So there are ways to build revenues, and if you build it they will come (that’s an original line I came up with).”

“As a modern media company with 50+ brands and hundreds of journos and creatives, we really wanted to extend this into broadcast,” says Winterton. “Our short-term area of focus has been to draw upon content themes published in our ‘real-life’ portfolio, such as Pick Me Up! and Chat. We saw this sort of content start to emerge on mainstream broadcasting channels, as well as more niche channels, and so started to talk to publishers on taking our weekly produced ideas. What we learned was that TV production companies were actually already using our magazines as source material, so we wanted to get amongst this and be part of the process.”

“You need to negotiate rates, margins, and rights – and the broadcasters tend to have a very stringent set of rights. You will retain secondary rights, which is where you can start looking at good additional revenues, for example through licensing. And that is really the very top-line view of how you make money in this area.”

Joining Mark on-stage was Miki Mistrati, a TV professional from Denmark brought in specially by Time Inc. UK as creative director to act as the brand’s head of TV. With experience in broadcast, and an understanding of the credentials that an established publishing brand can bring to the table, he has set about bridging the gap between the two channels. 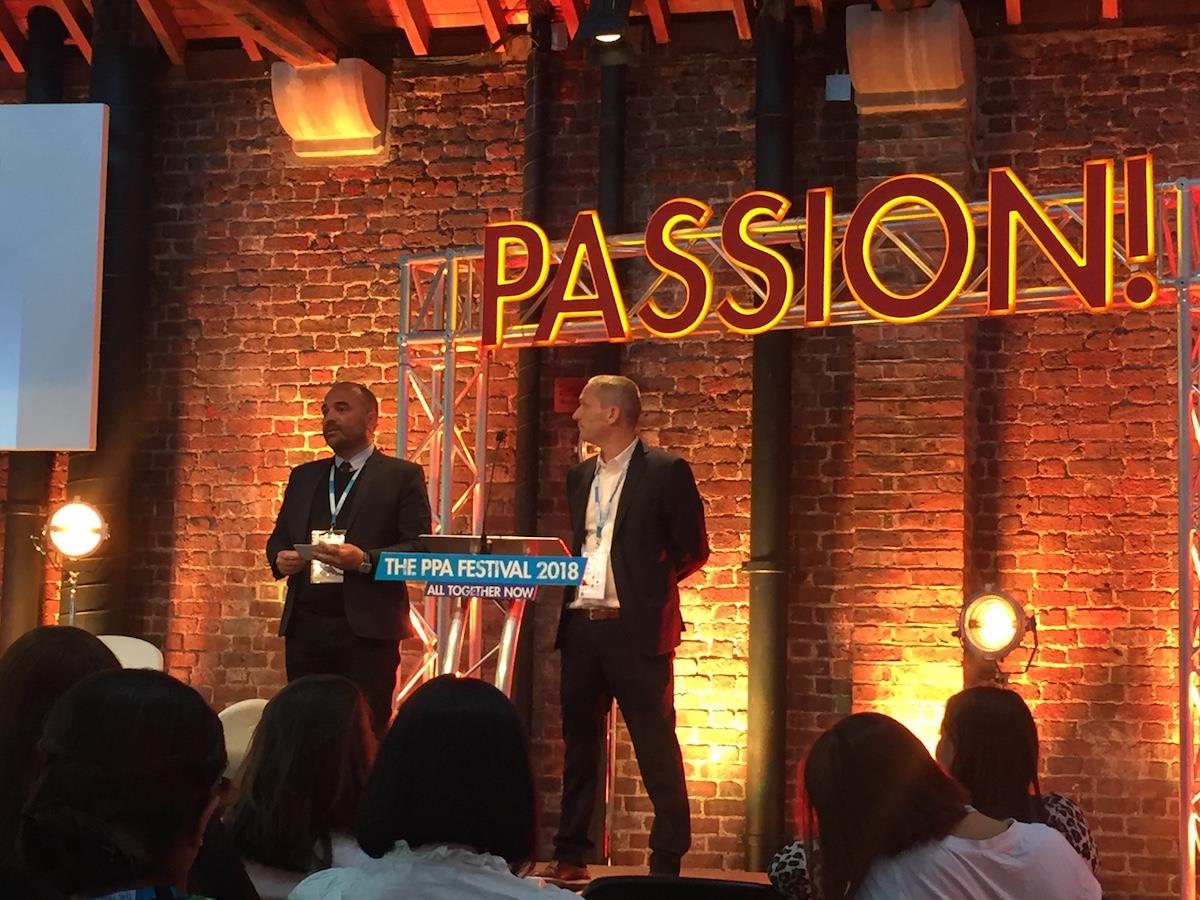 “My background is basically television,” says Mistrati. “I know the TV business quite well and if you know how it works in one country (Denmark) you know pretty much how it works all over the world. Television has suffered in a similar way to the traditional publishing industry in recent years, in that they are having a tough time with ratings going down and so need to create some new ideas to get commissions.”

“Having access is an important thing in the industry. Finding unique stories is the key, and then getting access to the real people who have those stories. Then you have to have access to talent. For example, persuading a guy like David Beckham to go on a motorbike trip for you. Access to places is also key, unique places, this is what the television commissioning people are looking for.”

“With Time Inc. I began by asking, ‘What is our USP?’ What I realised was we actually had loads of stories across platforms, lots of journalists with strong ideas, and access to talent through brands. Plus, there was media value for broadcasters, which we should not be afraid of having as a USP. Especially when you think about some of the smaller channels, they are looking for PR and marketing, so there is an added value in working with us, and it is more or less easy to get access to the magazine pages.”

In an age when traditional broadcasters are scaling down to re-program content for digital platforms, and many publishers are taking the lighter approach of expanding the written word into online video, Time Inc.’s move towards the mainstream broadcasting sector is a bold one. By marrying up the strengths of both mediums, the company appears to have hit upon an innovative concept.

Karla Courtney has taken the idea of brand extension even further by creating a physical product out of her content. As a former journalist and author and now digital director for Australian content marketing agency, Medium Rare, she insists that when thinking about branded content it’s all about asking the right questions to take you in the right direction. In a session titled ‘Stop thinking platforms, start thinking brand’, introduced by Woodwing’s Leonie May, Courtney introduced her ‘knitted sloth’ character to the PPA Festival. 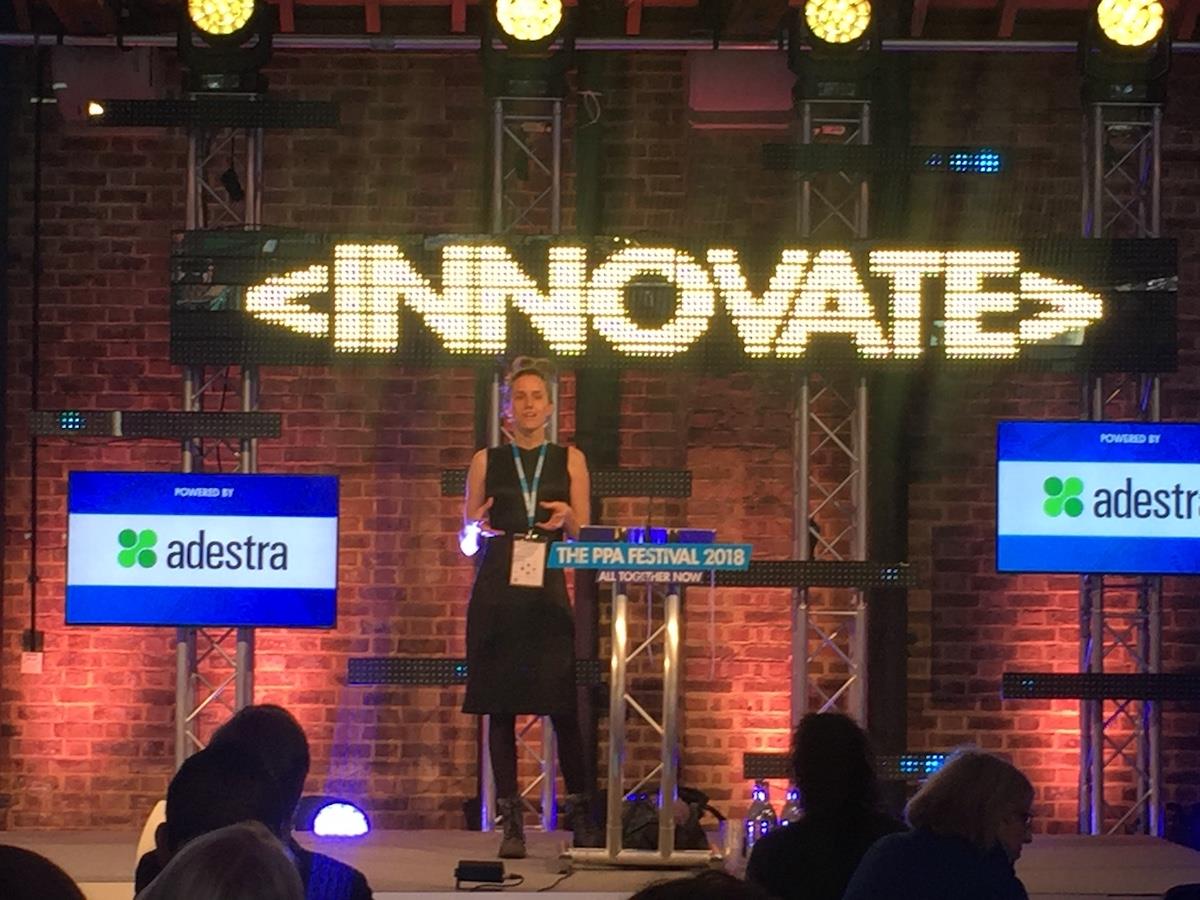 “The first books I wrote were based on knitting with Woman’s Weekly in Sydney,” says Courtney. “We started to think about how to market these books and our initial assumptions were ok well people don’t necessarily know how to knit so let’s teach them how to do it. We also believed people were ‘super-hot’ on video so went onto make a series of instructional videos. And guess what? Nobody watched the videos, and we didn’t sell any books, and what we realised is that we were trying to solve our own problems, not those of our audience.”

“Meanwhile, the marketing switched to a knitted sloth character I had created. People would want their own versions, with their own custom clothing designs, and it became such a popular concept that I had to employ a team of people to knit these characters for us. Our entire campaign became about building a brand and a personality for that character on social media, we created a sloth sticker that ranked highly in the app store, even going onto create a computer game around the character.”

“Of course when all of this happens my knitted sales of sloths go up! It’s not necessarily going to be my retirement fund, we all know this type of thing can’t be sustainable, but it’s certainly one of the most rewarding things I’ve ever done in terms of work versus reward. When we are in publishing, whether it’s content marketing agency, magazine publisher or knitting book, your best asset is your creativity. And the message to clients on this front is to stop thinking about platforms and start asking questions like what area does it make sense for your brand to play in? Where are the natural fits? What do people actually need from the content?”

It was a lively PPA Festival this year with the themes of brand extension and new revenue models ranking high on the agenda. At the recent Digital Innovators Summit (DIS) in Berlin, Juan Señor of Innovation Media Consulting spoke about how reader revenue, not new technology, will be the salvation of journalism. Certainly it seems that across the industry this sentiment is now being echoed, as the publisher re-focus on quality content above economies of scale continues.