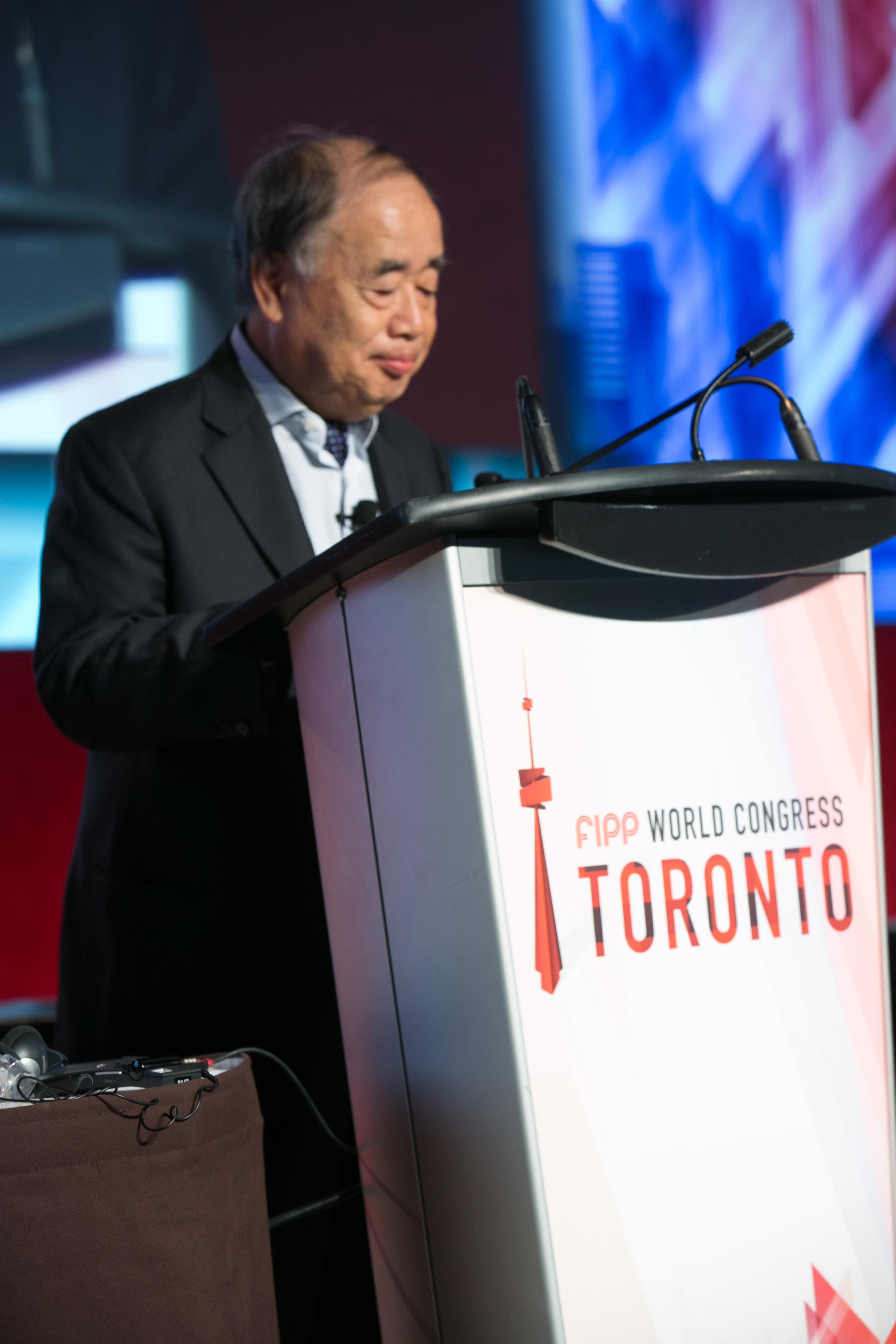 While he said that the editing quality and equity of content have been improving, what one needs for distribution has changed and editors have failed at getting the fruits of the labour out to the public.

“Selling magazines means that we need people to go to the book store once a week,” said Kadokawa. “But young people have lost that habit.” Therefore, there is little to no exposure to readers, no matter how beautiful the design or how compelling the content.

Recognising these trends, in October 2014, Kadokawa Corporation merged with Dwango, the operator of ones of Japan’s biggest online video platforms and systems companies to create a “distribution revolution” that shook the conventional methods from the ground up.

Kadowaka emphasised that the merger was not a simple one, and it encompassed all four features of what he calls the “magazine ecosystem”: media, communication, content and community.

He also went through the three stages of magazine digitisation and provided examples from the Kadokawa Corporation.

The first step is to simply digitize magazines as they are.

Second is to develop a digital custom magazine. Georgia weekly has both a print and app edition.

Last to provide an all-you-can-read digital service for digital magazines. The Kadowaka Corporation partnered with NTT docomo to develop “d magazine”, an online subscription service with a monthly fee that provides readers with 152 magazines from a variety of publishers.

“We have had the courage to jump into this new world,” said Kadowaka. He said that providing readers with content from competing publishers has allowed the Kadowaka Corporation to transition to a platform provider. He believes that by making this transition, the value of content will be protected and it will be able to better compete with large IT companies.

To conclude, Kadowaka emphasised that the rules of publishing are changing and that companies must adapt in order to be successful.

“Let’s not be afraid to make mistakes,” he said.

How Japan’s Kadokawa Corporation gears itself for the future