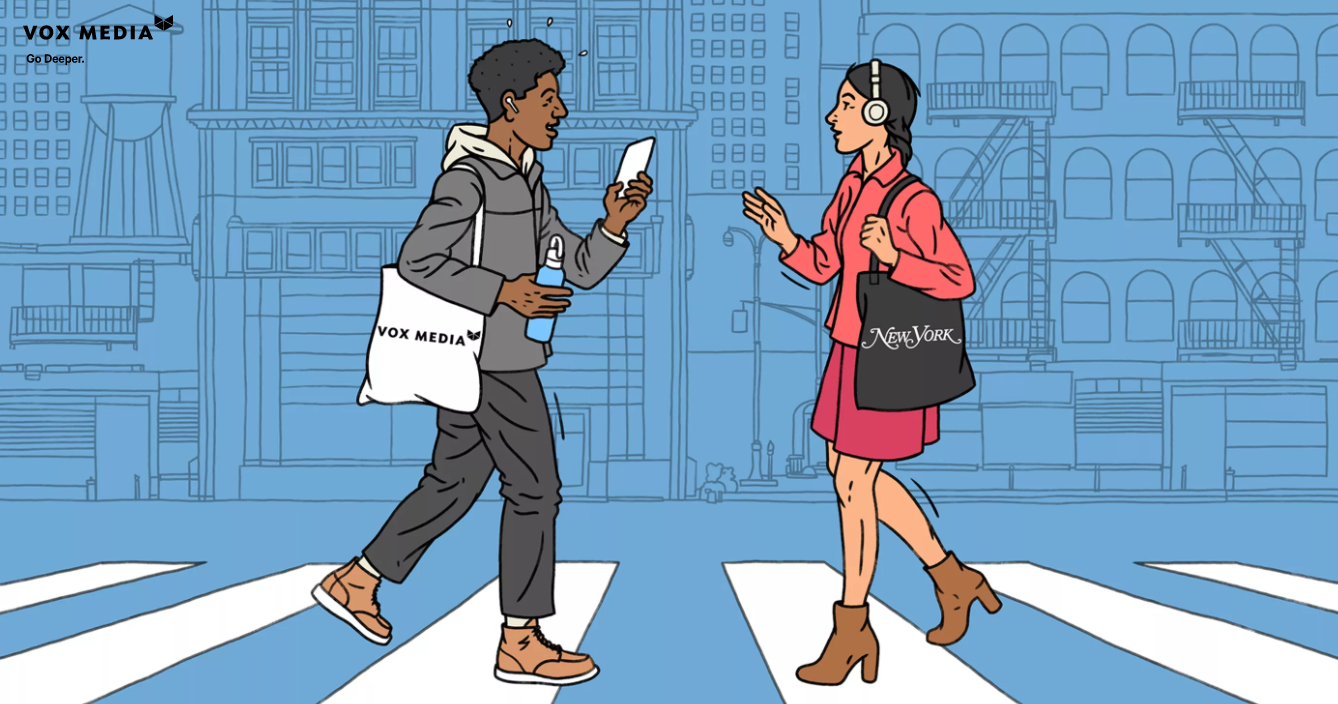 Vox Media Chairman and CEO Jim Bankoff will remain at the helm of Vox Media, leading all aspects of the expanded company. Pam Wasserstein, currently CEO of New York Media, will take on the new role of President, Vox Media, to oversee strategic initiatives, including commerce and consumer businesses, and the current New York Media brands as a member of Vox Media’s executive team; she will also be named to the Vox Media board of directors.

“I have long admired what Pam and the New York Media team have built, especially their ability to shape conversations with some of the most relevant and ambitious work in digital, print, and events,” says Jim Bankoff, Chairman and CEO of Vox Media. “This combination puts Vox Media in an unparalleled position to lead the media industry forward by focusing on the highest-quality offerings, most robust business models, and strongest company culture.”

“We have drawn inspiration from Vox Media, watching their growth trajectory and success in developing premium editorial brands and leading the industry in areas like podcasting and entertainment. As I began talking with Jim about what the future might look like together, it quickly became apparent that our companies pair incredibly well. We share core values — above all, a commitment to journalistic excellence — and each bring complementary areas of expertise to the enterprise. In this partnership, I’m looking forward to creating a new kind of media company with him and our combined teams,” says Pam Wasserstein, CEO of New York Media.

The editorial networks will remain distinct, with the New York brands led by Editor-in-Chief David Haskell and Vox Media brands led by Melissa Bell, Publisher of Vox Media. As industry-leading journalists and creative minds come together, we expect there to be exciting opportunities for collaboration.

Vox Media will also accelerate the growth of Chorus, the publishing platform for content creation and distribution, which will integrate the best of New York Media’s Clay platform, including commerce and subscription capabilities, into its software.