FIPP and UPM’s Rising Stars in Global Media Awards celebrate exceptional young talent within the international media industry, in any discipline. Read more about who can enter the 2017 Awards, and how to enter, here (entries are free!). Entries close on Friday 16 June.

The top three 2017 winners will be invited to speak at the 41st FIPP World Congress, taking place from 9-11 October in London, the UK.

Here Matthew tells us what he’s been up to, shares his thoughts on changes in the media environment since 2015, explains why he never imagined being a Rising Stars winner, and tells us why his peers should enter the 2017 Awards. 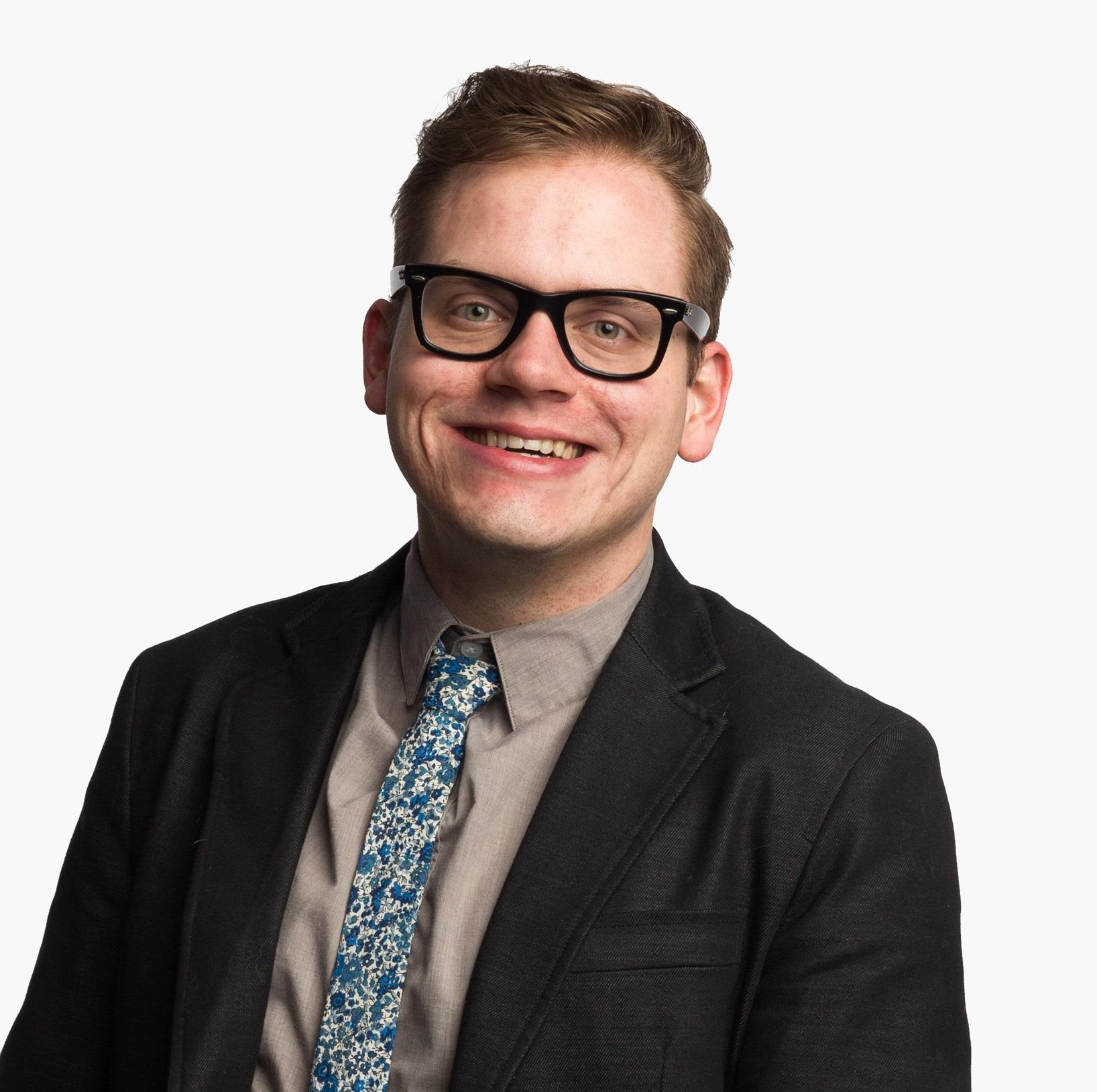 Matthew was (and still is) editor and publisher of Glass Buffalo when he became an Rising Stars Award winner in 2015. He started the magazine “with a few other students from a writing class, and grew it by partnering with literary festivals for events, establishing writing contests, and connecting with other members in the Edmonton writing community in order to promote our writers and build an audience for them.”

In addition to Glass Buffalo, he was also assistant editor at Tanner Young Publishing Group, where he worked on publications including WHERE Edmonton, the Edmonton City Guide, the Alberta Meeting & Event Guide, and more.

Glass Buffalo is still going strong, and we’ve recently found new ways of partnering with community members and establishing new writers. In January, we partnered with Wild Life Distillery out of Canmore, Alberta, to create a cool event with our contributors and local events. The distillery created a feature cocktail for the evening, and guests enjoyed live stories and poems (one poet was accompanied by a cellist!) in the unique space of the distillery. The event even sold out, despite most of our audience being based in Edmonton.

In March, we published the first two titles in our new Poetry Chapbook Series. They’ve been received well and allowed us to maintain our mandate of supporting emerging writers, while finding a new platform for sharing the amazing writers we’ve encountered. Plus, it’s a great new form of revenue for the magazine. We also partnered recently with Metro Cinema, a film society in Edmonton located at the historic Garneau Theatre, to sponsor one of their films with the launch of each issue of Glass Buffalo in order to share and expand our audiences. 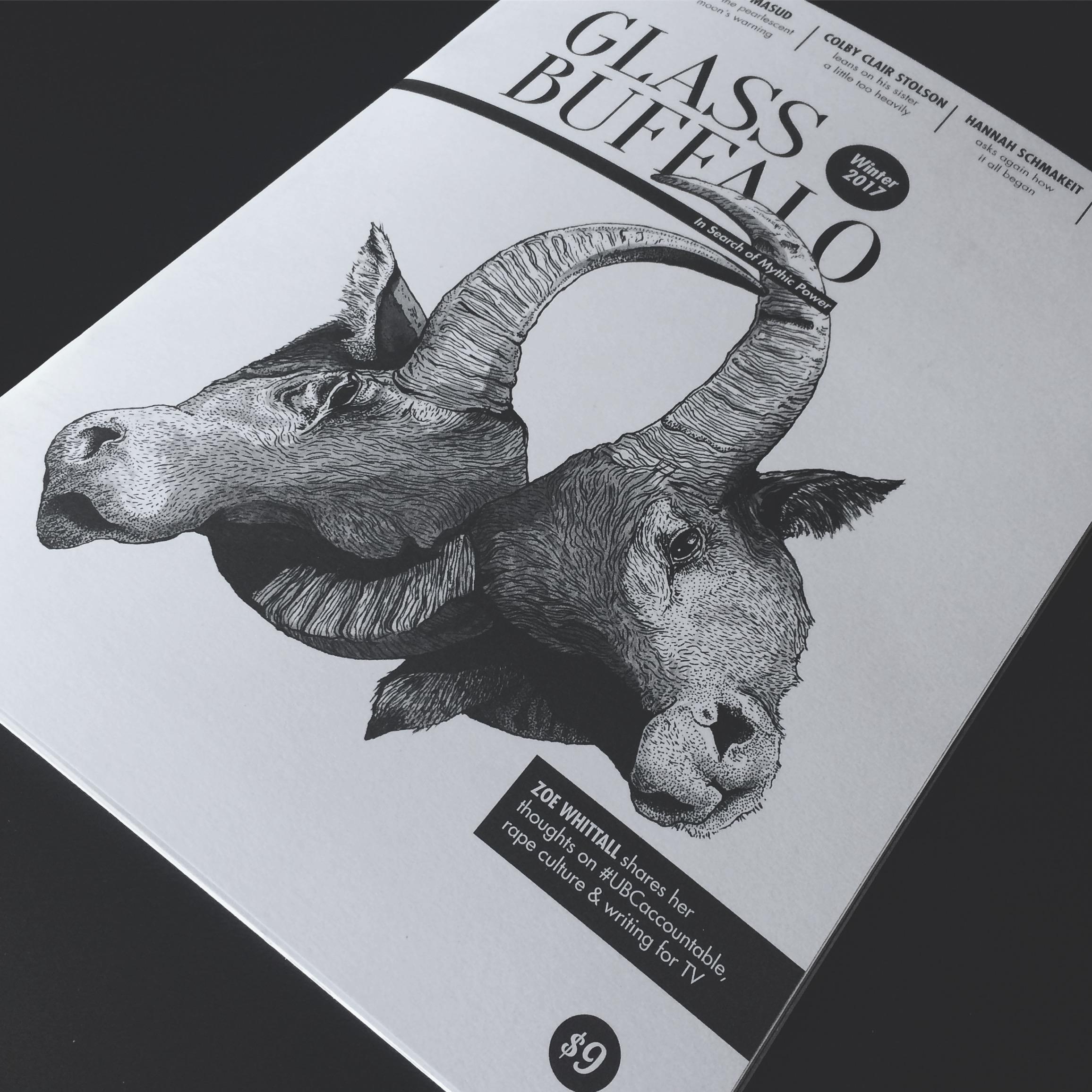 Also in March, I was promoted to the position of editor at Tanner Young Publishing Group, so I’m now in charge of managing most of the publications and projects that the company takes on.

And I’m continuing to publish my own writing and poetry in a few Canadian literary magazines, including The New Quarterly and Eighteen Bridges.

How is business itself going?

Business remains much the same as it was a few years ago. We’ve managed to diversify our revenue for Glass Buffalo more by introducing chapbooks, merchandise such as totes, and continuing to maintain strong relationships with our advertisers and festival partners. 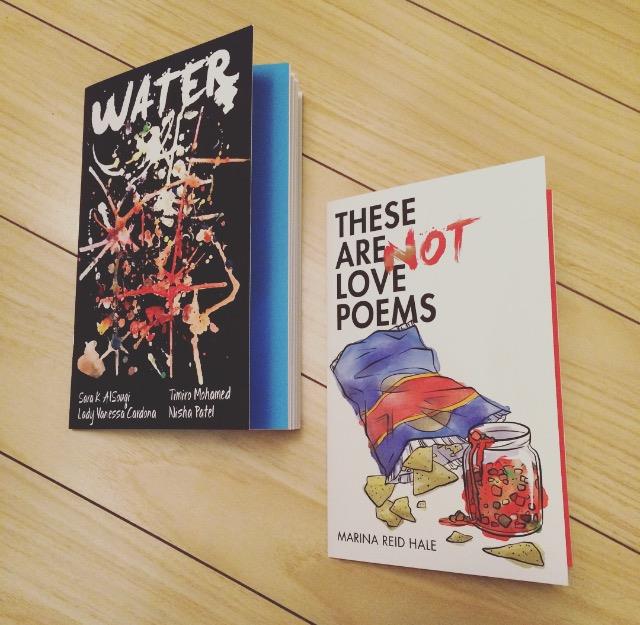 We’re hoping to grow more in the next year as we look for new donors, sponsorships, etc., but for now, the status quo is working well for us. We’re hoping to pay our writers and artists more, and that’s one of the main motivations for wanting to increase our revenue!

What are some of the main media changes since you were a Rising Stars winner?

The layoffs—and subsequent reduction in local content—at major and local newspapers in Canada has been one of the biggest challenges facing media in this country. Magazines can try to pick up the slack, but we have difficulty reacting to news as quickly based on our project timelines.

We need a solution in Canada for local media so that political powers and companies can be kept in check, but a viable and profitable solution has yet to come up. I hope publishers see more support from readers in the coming months as they realize the value of local news and media organizations.

What media trends excite you most?

• I’m excited by the Pop-Up Magazine events created by California Sunday Magazine. I believe they re-imagine magazines in new and extraordinary ways and make memorable experiences for their audiences

• I’m eagerly following the trend of local journalism start-ups in Edmonton, such as the Edmonton Quotient and Taproot Edmonton, who are trying and testing new models for producing and funding local journalism

• I’m also energised by the quality of print publications that are still being produced today, and the new magazines that have been adding to the publishing landscape (there was a record number of magazines that applied for the Best New Magazine award at the Alberta Magazine Awards this year)

Although I’m welcome to new forms of digital media and the new ways our industry is able to tell stories, I’m concerned about the number of advertisers and supporters of print publications who are turning most of their focus to these new forms of media that don’t garner the same level of attention as traditional media.

Who in media do you admire most today?

• Curtis Gillespie, editor of Eighteen Bridges: I appreciate his commitment to high-quality, long-form journalism, and I believe he’s one of the best editors in the business right now, which is proven by his track record to win awards for his magazine and writers, and the high profile that the magazine has in the industry. I also appreciate his commitment to paying his writers well for their work.

• Lisa Cook, editor of New Trail: Lisa leads an incredible team of women to create engaging and incredible content for the University of Alberta’s alumni magazine. One may not expect an alumni mag to produce such quality content, but she and her team continuously punch above their weight and tackle important topics, including Indigenous issues and mental health.

Advice for others starting to make their mark in the industry?

Be prepared to change with innovations in the media industry, and don’t pigeonhole yourself in one speciality or role. It’s helpful to learn about all the aspects of the industry and publishing, so that you know best how your particular job can assist the other members of your team, such as designers, marketers, and salespeople.

Why should they enter FIPP’s Rising Stars Awards?

It’ll help you understand your value in your team and the industry. As the publisher of a small literary magazine, I did not believe our minor successes would translate to the people who run much larger and more diverse media corporations. Winning this award has highlighted again the value in my magazine and how it serves its community and readers.

I’m incredibly grateful to FIPP and UPM, the sponsor of this award, for this amazing opportunity. It was a surreal experience that has remained valuable as I’ve continued my career in the media industry.

Read more about who can enter the 2017 Awards, and how to enter (it’s free), here. Entries close on Friday 16 June. The top three winners will be invited to speak at the 41st FIPP World Congress, taking place from 9-11 October in London, the UK.

Being a Rising Media Star: Advice to others starting to make their mark