This sort of decision is probably one of the reasons why publishers rank platforms to be one of the greatest threats to their business success in 2018. Twenty-one per cent of senior media publishers interviewed by the Reuters Institute for the Study of Journalism (RISJ) think platforms are a real risk to business.

However, apart from annoying publishers, Facebooks’ decision has far greater consequences: While the company argues that it wants to re-priorities updates from friends, family member and other contacts, in reality, it won’t shut down news about other news-worthy real world events being disseminated.

It’s only that the voice of those who filter and verify news professionally, the so-called gatekeepers in the news media, will be tuned down, possibly making the spread of false news and rumours even more prevalent. It’s almost as if Facebook is shying away from its real responsibilities. 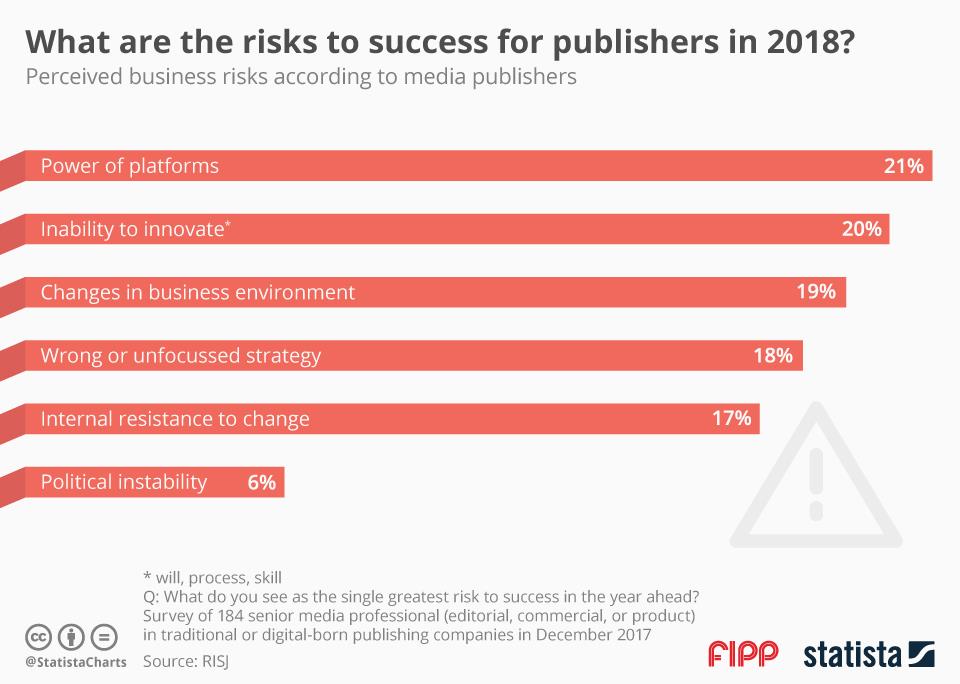 Source: Statista / Reuters Institute for the Study of Journalism