Whether you prefer one or the other may come down to your age and what you have become accustomed to in the past. According to data published in the Reuters Institute’s Digital News Report, there is a generational divide when it comes to news consumption. While the large majority of those who grew up with the internet see it as their most important news source (and are accessing it primarily through their smartphones), those who relied on the TV news for a daily news fix for decades still tend to prefer the television over online news sources.

Very few people still rely on print publications as their primary news source, indicating that the role of newspapers has shifted from conveyor to commentator of news. 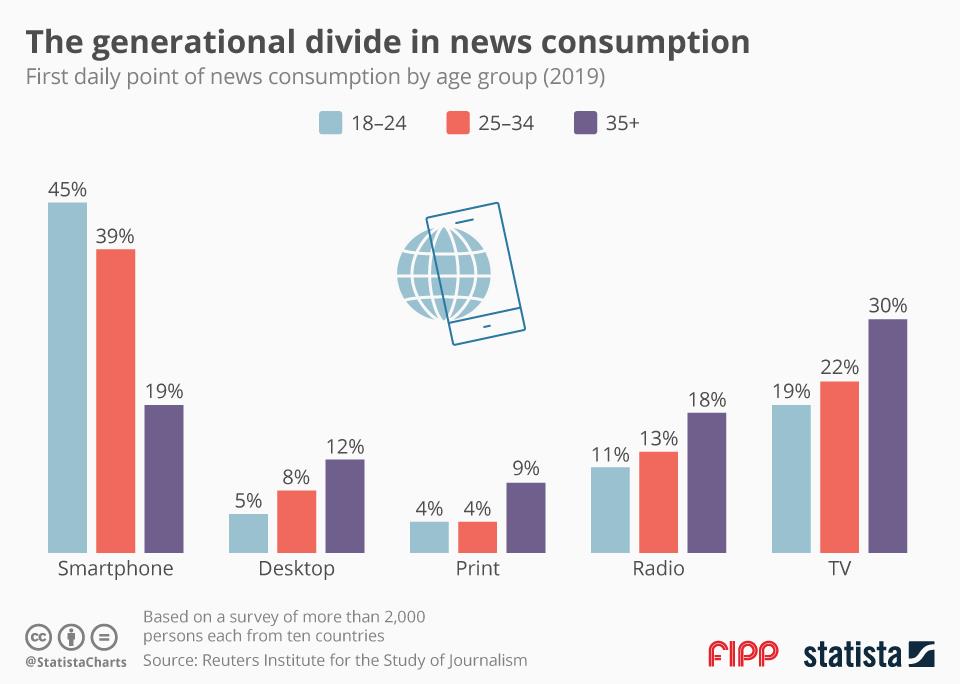 Chart of the week: What types of media take up most people’s time?