Key to this growth was a revamped content strategy, he explained. “We went from, essentially, taking the print magazine content and putting that online and instead, started augmenting that with content that is specifically created for our online audiences, based on their interests  and what they want to get from us,” Errico said.

“We had websites but we didn’t have a digital product, in that the features and functionality were probably not what our users would expect from us, the amount and type of content were not responding to the digital environment, the speed and the variety of what one might expect,” he explained.

One of Errico’s goals, when he arrived at Trusted Media Brands two years ago, was to change the content strategy with the goal of improving SEO, social, partnerships, and eventually converting users to subscribers. “ReadersDigest.com in particular was a brand that had been around for a long time, well known for curating content and UGC, and it had the right DNA to become a really great product online,” Errico explained. “But, that was just a hypothesis.” 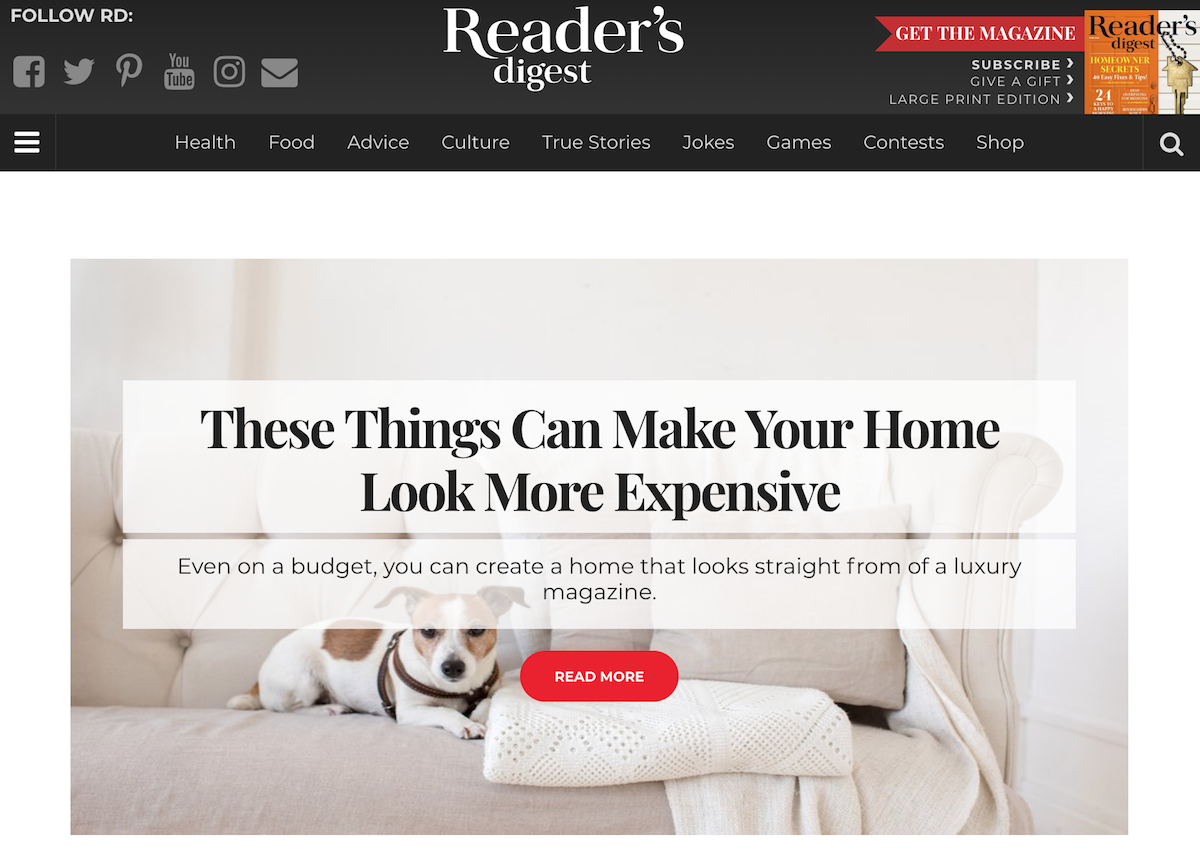 Errico and his team created a strategy – which looked at what the Reader’s Digest presence looked like in the digital space –  and how to maintain that strategy of creating content at scale while matching it to channel and audience.

Reader’s Digest is available online at RD.com; in print; via digital download on iPad, mobile apps and tablets; and can be accessed via its social media channels, reaching an average audience of 18.1 million according to the latest Magazine Media 360° report. Errico’s strategy made sure that the content performed well on each of those platforms, part of a commitment by the company to create highly-engaging and personalized content.

“We do find that our audience – while there are a lot of similarities in how they think about their world and the kind of content they want from us, there are also differences in terms of what they want to see from us on different platforms,” he said.

Further to their content strategy, Errico noted that RD.com is also growing their newsletters, growing the type and variety, catering to specific interests.

Despite growing uniques and a successful content strategy that is working, Errico believes RD.com is not yet reaching its full audience potential. “People are still interested and that number is still growing organically,” he said.

Ideally, audience members would convert to subscribers, this is the goal for Errico and his team. “The percent that convert to become magazine subscribers is holding steady as the visitor numbers grow,” he said. “That is another great metric for us, that we weren’t really reaching our full audience potential yet, that maybe we had fallen off people’s radar screens, but once we were back on their screens, they responded and are responding with their dollars.”