A concealed speaker is activated by a button which, when pressed and spoken to, offers one of 14 recorded replies from Deadpool himself.

Bauer will print 3,200 issues of the special issue, which will be available in Tesco, WHSmith Travel as well as online at www.greatmagazines.co.uk. These limited edition issues are produced in addition to the normal newsstand issue of Empire. 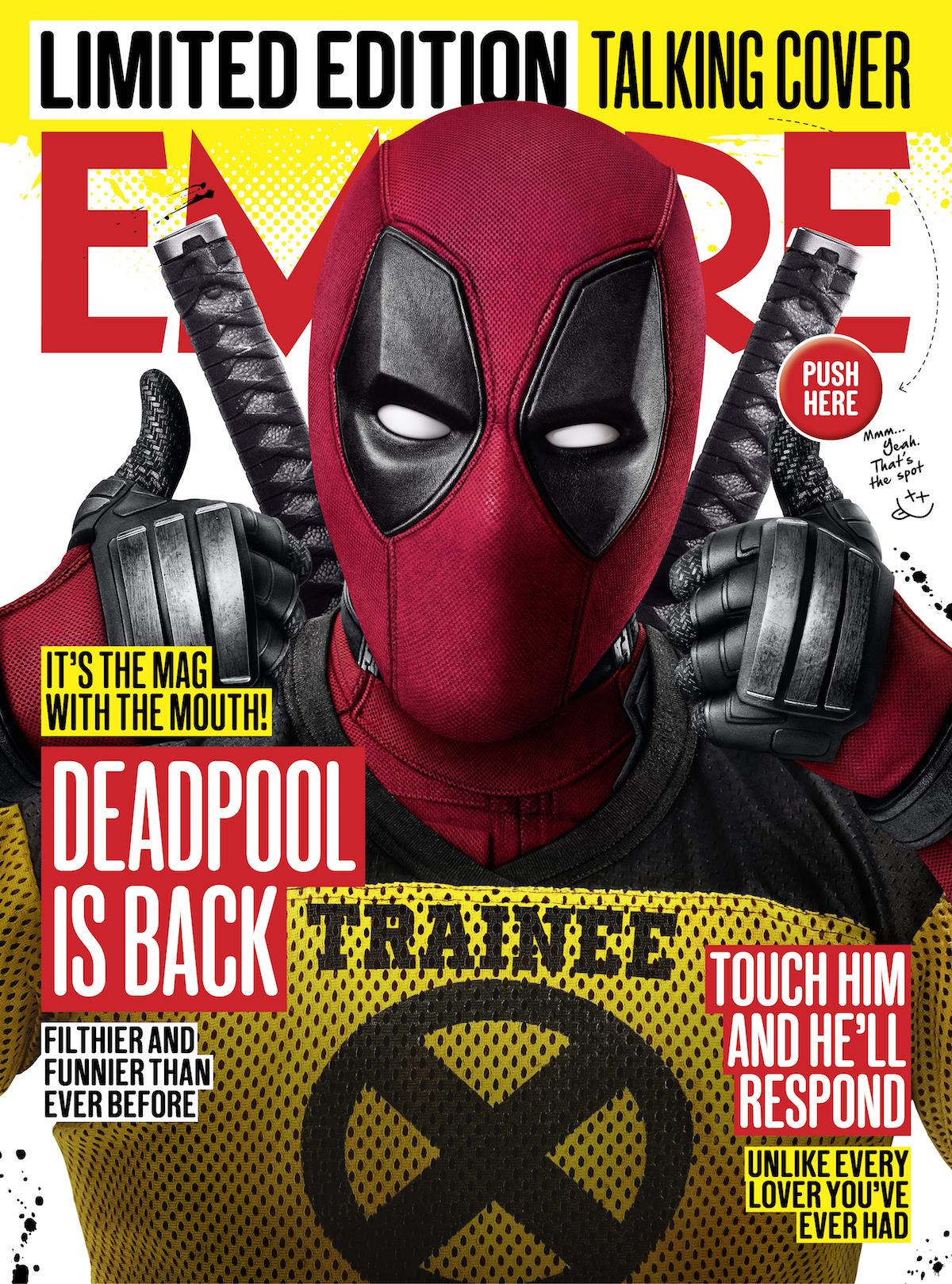 This cover innovation is the latest in a series of special issues from Empire, including the video cover for Fantastic Beasts and Where to Find Them in 2016 and the virtual reality magazine for Alien: Covenant in 2017.

The cover image featured is a world exclusive and inside the issue readers can look forward to an exclusive filmmaking feature by Chris Hewitt, including interviews with stars Ryan Reynolds and Josh Brolin, director David Leitch, writers/producers Rhett Reese and Paul Wernick and producer Simon Kinberg.

The exclusive subscriber pre-sale will open on May 15th, the same day the film hits screens with general pre-sale on the 16th. The magazine will be available in stores from May 17th, priced at £12.99 (US$17.65).

Terri White, editor-in-chief of Empire, commented: “Deadpool 2 is the film of the summer, pushing pretty much every boundary going, so it was the perfect movie for us to partner with on our latest limited-edition, exclusive magazine. Voice-responsive technology is right at the cutting edge, so we were determined to find a way to incorporate it into the magazine in yet another world-first.”